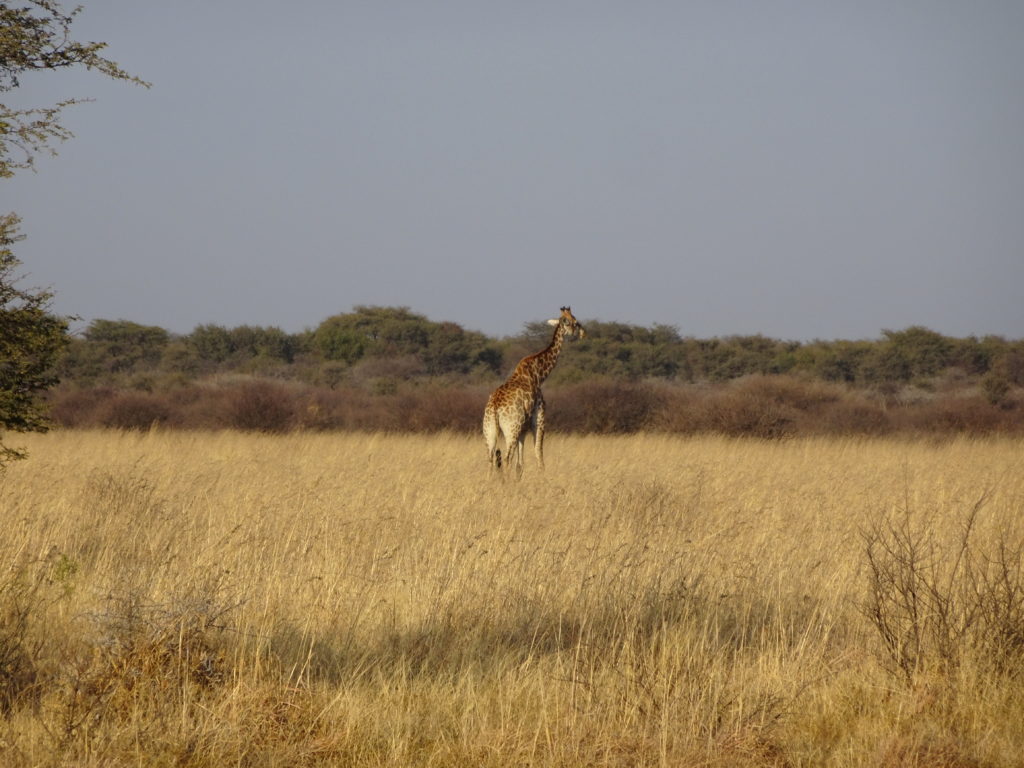 Today’s Culture with Travel guest post is by Nele Giese

My time in Botswana started when I crossed over the border from Zambia. The immigration part was not a problem, but crossing the river was. The Zambezi forms the border between Zambia and Botswana, and you can’t get from one country to the other without getting across the water. There’s a bridge being built, but it has been under construction for years and still far from finished. The only other options available are public ferry, or private boatsman.

We had planned to go with the latter, but our boat didn’t turn up. It was early in the morning, the boatsman probably overslept. Apparently, those things happen in Botswana. At least that’s what my American friends told me, who had all spent the past two years living in the country as volunteers. People are friendly, but service is not the fastest.

So, public ferry it was. As it was still early in the morning, just after the border opened at 6am, we had to wait about 45 minutes until the first ferry was ready to leave. As I said, you need patience in Botswana. By now a huge crowd had assembled, and it was clear the ferry would be packed. Everyone hustled on when it was finally ready to board, and all you could do was trying not to stumble over someone’s feet as you climbed on board.

When we finally arrived on the Botswana side, we boarded the first of many public buses we would use during our stay in this country. We were currently in the Northeast of Botswana, at the Kazungula Border. Our destination for today was Francistown, about a 6-hour bus ride away. It was only for a night, however, before continuing to Serowe where we’d stay for two nights at a Rhino Sanctuary.

Most tourists who travel this area do this either by renting their own car or going on a pre-planned trip with a travel company. In both cases they have the luxury of not having to deal with the public transport system in Botswana. I freely admit, if I had been on my own I wouldn’t have done this either. But as I travelled with a group of people who had lived there for two years, and thus had plenty of time to become acquainted with the public buses, I trusted them to know the drill.

If you have ever been told that public transport in Africa is a challenge, and anything but comfortable, that’s an understatement. The buses were usually sprinters for about twenty people, and they were almost always completely full. What makes it worse, there’s no extra space for luggage. We had to squeeze our bags into the aisles, between seats or into any other available bit of space.

Crammed in like that we sat on the bus for hours, killing time by chatting if we were lucky enough to get seats next to each other, or listening to music and staring out the window if we weren’t. That last activity was exciting in the beginning, while we were still in Northern Botswana and I occasionally spotted elephants or giraffes outside. But the further South we got, the more they were replaced by goats and cows, and the landscape started to always look pretty much the same.

Still, despite the hardships, a part of me enjoyed this way of traveling. I was very aware that it’s an experience only few tourists make. We were generally the only white people on the bus, surrounded by locals. And while not a lot of conversations happened with them, partly because of the language barrier, there were some beautiful moments. Like, when the little girl sitting next to me offered me a biscuit after only staring at me shyly for a very long time. Or my neighbor on another bus who dutifully pointed out any wildlife outside the window, to make sure I would see it.

Whenever we had a stop in a bigger town, local vendors would enter the bus loaded with bananas, water bottles, or biltong, trying to sell them to us for the drive. When we had to walk around a station to change from one bus to another, it got worse. Everyone seemed to have something to sell, or a taxi we could take, or just offered to show us the way. Having four people with me who spoke some Setswana and could tell the most obnoxious people off in their own language was a huge help in navigating the hustling bus stations.

Surprisingly, despite all the seeming chaos, we made it to all our destinations on time. We spent a night in Francistown. We also visited the Rhino Sanctuary in Serowe, where we did several game drives and had quiet time before hitting the road again.

The last destination after leaving Serowe was Kanye, a village near Gaborone. Some of my travel companions lived there. I got to spend the night at their house before moving on to South Africa the next day. It was a peaceful last evening in Botswana, with nothing to do but watch some goats and chicken running around in the streets.

Early the next morning I caught the bus from Gaborone to Johannesburg. This time, it was a modern double-decker with luggage storage, and even a TV on board. Believe me, I truly appreciated the luxury after my time in Botswana.

Nele Giese is a travel-addict, introvert, and freelance writer from Germany. The attempt to bring all those traits together resulted in her blog globalintrovert.com where she encourages fellow introverts to live their travel dreams. You can also find her on Facebook and Twitter.