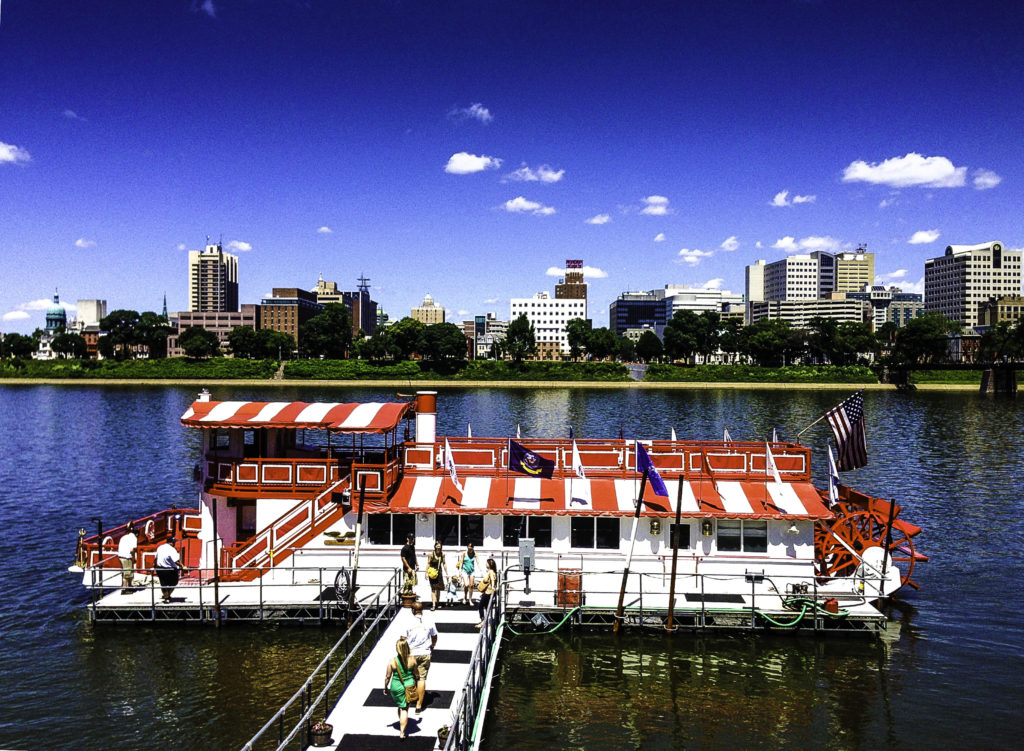 Seated on the banks of the Susquehanna River, Harrisburg has been the capital of Pennsylvania since 1812. With a population of around 50,000, it’s the 10th largest city in the state.

Although considered “Central” Pennsylvania, Harrisburg lies in the Southeastern quarter of the state along with most of the main population centers (Lancaster, Lehigh Valley, Philadelphia, Reading and York).

Although no major civil war battles were fought in Harrisburg, the National Civil War Museum is located in a two- story brick building in Reservoir Park. If you’re coming from the Northeast, this is an ideal place to start your day. Boasting over a dozen galleries and a theater, it’s easy to spend a couple hours exploring. While most of the exhibits cover the war itself, there is plenty of information on the lead up as well as the aftermath.

Dating back to the Civil War, this midtown gem claims to be the oldest continuously operating market in the United States. With nearly 40 vendors spread among two buildings, you can get all of the ethnic foods Harrisburg has to offer here and more. Think Reading Terminal Market with room to park!

Across the street from the Broad Street Market, this independent book store is housed in a former 1920s movie theater. Boasting over 200,000 books (including used books) as well as a hipster cafe, it’s easy to get lost inside. Their Instagram is worth following (@midtownscholar).

When the current Capitol was built in 1906, then-President Theodore Roosevelt, referred to it as “the handsomest building I ever saw.” 30-minute tours are available daily, which will get you inside the rooms where the decisions are made as well as leave you with plenty of background info on the building’s history. Hint: it’s much less crowded on weekends!

Across North Street is the State Museum of Pennsylvania. This six-floor (four floors have exhibits) museum has been at its current location since 1964 and was added to the National Register of History Places in 2014. It traces the history of Pennsylvania all the way back to prehistoric times and up to present. It’s also very kid-friendly. Getting through the more than 3 million objects will take some time.

There are two bridges that lead to City Island. The Market Street (for motor vehicles) and Walnut Street (pedestrian only) bridges connect it to the rest of Harrisburg. This also puts you in a great location to get on the 20-mile Capital Area Greenbelt, a good portion of which runs along the eastern bank of the Susquehanna River.

Since 1987, there’s been baseball on City Island. Although the park has changed names a few times, the Harrisburg Senators have been playing there as the Double-A team for the Major League Washington Nationals since 2004. In fact, FNB Park (the most recent name) is only two hours by car (there is no direct train service between Harrisburg and D.C.) from Nationals Stadium. The Senators have been quite successful, winning four division and six league titles since their inception in 1987. With an official capacity of 6,187, there are not many bad seats and prices range from $9 to $33. For an extra few dollars, you can even buy an exchangeable ticket (good for another game if you can’t make it).

9) Pride of the Susquehanna

Between Memorial Day and Labor Day, the Pride of the Susquehanna offers 45-minute cruises on the hour (afternoons only). Their 120-passenger authentic paddlewheel riverboat is one of the few left in the country. For those looking to do more than take in the riverfront sights, there are dinner cruises and live entertainment cruises. The dock is next to FNB Field, making it easy to catch a Senators game and take a cruise in the same day.