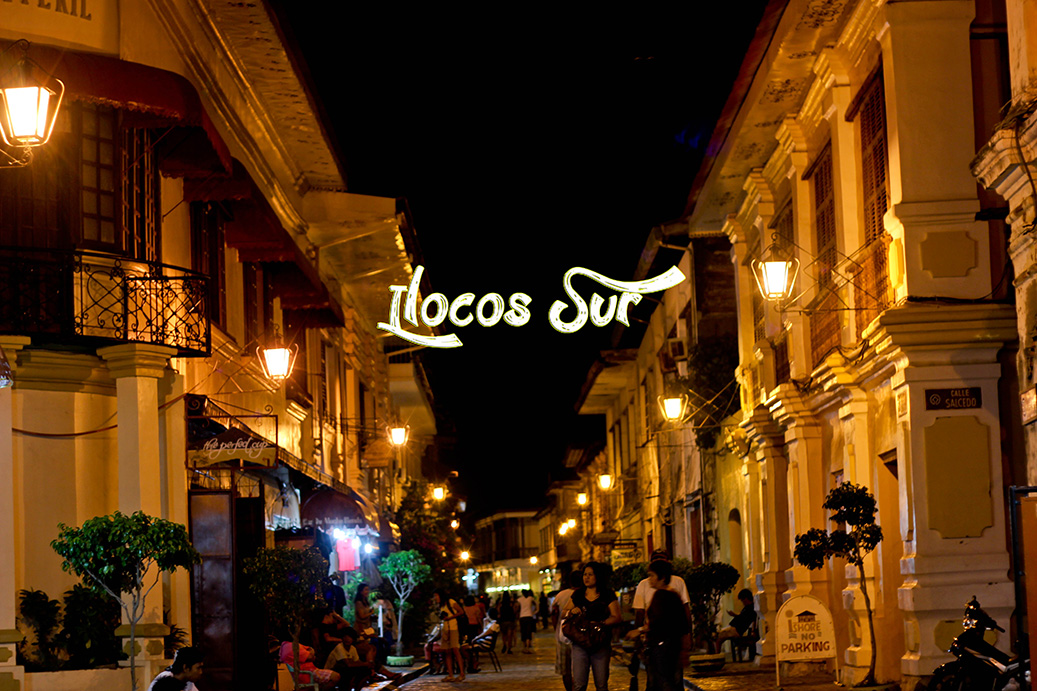 Ilocos Sur is a province in the Philippines located in the Ilocos Region in Luzon. Ilocos Sur was founded by the Spanish conquistador, Juan de Salcedo in 1572. Ilocos Sur has a lot to offer not only with tourist attractions, but also in terms of products and delicacies. Its capital, Vigan City, was in fact included as one of the New 7 Wonders Cities of the World together with Doha, Qatar, Havana, Cuba, Durban, South Africa, Beirut, Lebanon, Kuala Lumpur, Malaysia and La Paz, Bolivia. Vigan was also listed by UNESCO as the best preserved example of Spanish colonial towns in Asia, because of it’s Popular Calle Crisologo a.k.a. Vigan Heritage Village. The climate is generally dry with drier months usually from October to May, so it’s the best time to visit.

Without further ado, I’ll give you the Top 8 favorite spots of Ilocos Sur:

The major attraction of Vigan is its Mestizo district, which is filled with Spanish-style houses that evoke a bygone era when its people lived prosperously because of the Manila-Acapulco maritime trade. For visitors who want to experience being transported back to this period in Philippine Spanish colonial times, a walk or a calesa ride through Vigan’s Calle Crisologo or Mena Crisologo Street is a must.

A ten-minute ride away from Vigan is the historic Bantay Belfry, which sits on a hill. This towering structure is one of the sights that should be visited by travelers not only because of its historical and cultural significance, but also because of its commanding view of Vigan from the highest portion of it that can be climbed. Some may even claim that they can see most of Ilocos Sur from this bell tower.

The Ilocos Sur Dancing Fountain is a project of the provincial government of Ilocos Sur at the historical Plaza Salcedo, an eliptical, elevated plaza and landmark in Vigan City facing the Provincial Capitol and St. Paul’s Metropolitan Cathedral.  The fountain was engineered by Koreans and it is said to be the only kind in the country. The dancing fountain has it’s show every night at 7PM during weekdays and twice during weekends at 7:30 PM and 8:30 PM.

Hidden Garden is truly intended for plant lovers. Here, one can find all sorts of ornamental plants for one’s landscaping needs. Everything are for sale of course. You can also dine inside as it has a restaurant called Lilong and Lilang Restaurant, it sits at one of the corners of the garden. The open-aired café looks really cozy with its native-inspired design. Hidden Garden also offers landscape services as its owner, Rafaela “Glo” Flores was a retired engineer. They can design your grotto, waterfall setup, stage decoration, and paving blocks installation.

Baluarte Zoo is privately owned by the former long-time Governor of the Province. It’s open everyday to the public for FREE. Some of the animals at the Baluarte Zoo includes: Tigers, Monkeys, Camels, Deers, , Birds: Ostriches, Parrots, Peacocks, Eagles and more, Pythons, Iguanas, A Butterfly Garden, Sea lions, Zebra and a Safari Gallery. There’s also a Live Animal Shows everyday. Not only do you get to learn about the animals, they also show animal care, science and conservation.

Narvacan Outdoor Adventure Hub (NOAH) stands tall as a significant leap in the transformation of the Municipality of Narvacan in Ilocos Sur as a major tourist destination.

Cradled naturally in the tranquil foothold of the legendary Bantay Abot overlooking the serene and scenic horizon of the pristine ocean, the Narvacan Outdoor Adventure Hub (NOAH) was conceptualized by their municipal Mayor.

The facility offers the amenities of the 40 footer container vans, with complete interior and exterior components, fully insulated and air-conditioned. It houses the Municipal Tourism Office, restaurant, meeting and conference area, roof deck with toilet and bath, and built with Persons-with-Disabilities (PWD) provision.

Designed as perfect leisure facility, it has a well maintained and landscape outdoor area. A project of the people of Narvacan, this edifice was inaugarated on March 25, 2013. The Narvacan Outdoor Adventure Hub offers sports activities such as, kayaking, zip line, via ferrata, kiteboarding, mountain climbing via it’s Bantay Abot (Abot Mountain) and also offers delicious meals from their ArKo Restaurant. NOAH was also a spot for big sports events like Triathlon.

The Church of Our Lady of the Assumption (Nuestra Señora de la Asuncion), commonly known as the Santa Maria Church is the parish church of Santa Maria in Ilocos Sur province, Philippines. The church was designated as a UNESCO World Heritage Site on December 11, 1993 as part of the Baroque Churches of the Philippines, a collection of four Baroque Spanish-era churches.

The Santa Maria Church is an attraction to both tourists and Catholics in Ilocos Sur. It is not only a reminiscent of the four centuries of Spanish domination of that area but also a unique structure with a diversified architectural design of bricks and mortar. It was built on top of a hill not only as a lookout and a citadel but as a religious center during the early administration of the region by both the friars and soldiers of Spain.

Pinsal Falls is located in Brgy. Babal-lasioan, Sta. Maria, Ilocos Sur. This is not just an ordinary falls and a beautiful outdoor adventure but Pinsal Falls is also surrounded by local myths. It was said that the one of it’s largest natural hole pool is believed to be a foot print of the legendary giant named Angalo. It’s footprint shaped pool was formed when Angalo stepped on the top of Pinsal Falls while searching for his missing wife, Aran, according to the legend.

Pinsal Falls is also one of the most picturesque falls i’ve seen due to its hillsides that are covered with foliage of big trees which makes a good shelter spots for tourist to take a restful nap after exploring the area. Pinsal Falls, the largest waterfalls in the Ilocos Region, are located in a narrow gorge in Gusing of Santa Maria. Pinsal is a group of plunge and cascades waterfalls falling from a 300-ft wide irregular shaped river ledge the highest of which is a drop of about 85 feet (26 m). Upriver are several smaller falls with their own natural pools. Behind the cascading water of the main falls is a hidden cave where one can swim from. Another tall waterfall is located at the southern ledge.

Ilocos Sur is also an avenue of museums like Syquia Mansion, Burgos National Museum & Crisologo Museum which contains important pieces of history in the Philippines. The province provides an intimate window to the colorful and oftentimes turbulent colonial past of the Philippines- a must go destination for people who want to see a different face of the Philippines as well as for those who want to understand the country, its myriad cultures and rich heritage. Ilocos Sur is a treasure trove of history and culture which is a truly an amazing destination!

Have you ever been or want to visit? Leave a note or question in the comments!