Storyteller Bren of Bren On The Road Travel Blog 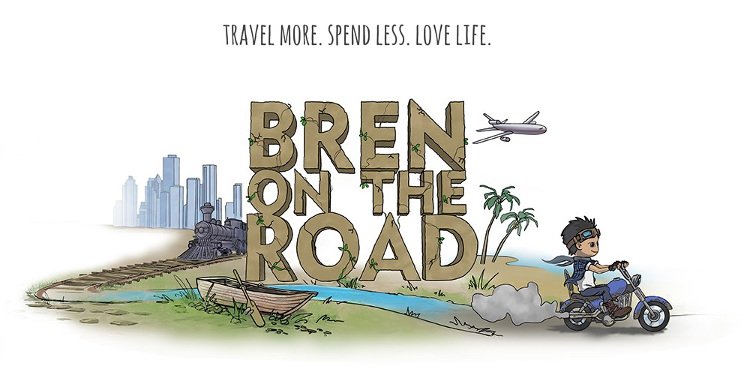 For today’s Culture with Travel interview, we’re featuring Bren from Bren on the Road. Read more about what inspires Bren and where his travels have taken him.

In 2011, Bren quit his job as an accountant and set off on a journey around the world. One year turned into two, and then three, and then four. Eventually, he decided to make the road his home. Three years ago he started this blog as a place to share stories with friends and family: about the places he’s been, the people he’s met and the things he’s learned.

Tell us a bit about yourself! Why do you love to travel? How do you think travel unites us or teaches us more about the world?

I’m Brendan, a former accountant from New Zealand. I’ve been traveling full time for about six years now. Travel is such a broad term – I think it’s more specific aspects of it that unite us. Really just meeting a lot of different people, and seeing that everyone around the world eats, sleeps, dreams, cries, laughs. We’re all the same in our naked form. That sounds obvious, but we tend to look at people from other countries as very different just from our conditioning.

I’m from Auckland, which is the largest city in the country. It’s quite a sleepy city though. The culture in Auckland is interesting because the people have a very big city mentality – cliquey, competitive, career-driven – but it’s actually a tiny city by world standards. So it’s kind of like people with a New York attitude living in a small town. Which can be good or bad, depending on your personality.

It would probably be a meat pie – we all grow up eating them as kids. And then even as adults, we indulge every now and then. They’re not the healthiest things, but they’re cheap and tasty.

Growing up in New Zealand, what’s something that you believe makes it unlike anywhere else in the world?

We’re so far away! We’re on this tiny little island, and the closest country is Australia, which is around 4 hours away. So, we’re super isolated from the world, but somehow we’ve managed to build a great little country here – that’s safe and developed and constantly gets touted as one of the best places in the world to live. So, it’s still kind of a mystery to me, how we’ve managed to do that. I think from a geological standpoint we’re really lucky – we have a lot of farmland, all the season, lots of flat livable land, rich in minerals. So maybe that has something to do with our self-sustainability.

Talk about the role of family in your life. What does family mean to you? Which family values are valuable to you?

Family is hugely important of course, and even though I’m on the road a lot I always make sure to spend the holidays with my parents and brothers every year.

I don’t practice any religion, but I do practice mindfulness and meditation. I think if you spend a lot of time alone you start to realize how important it is to be at peace with your spirit – the inner core of who you really are as a person. We spend so much of our lives focusing outward but forget that attention needs to be given to our inner health as well. Or maybe I’ve just spent so much time alone that I’m going crazy, who knows. ☺

Share about a custom/tradition you observe. What makes it special?

Every year, we practice something called ‘Qing Ming’, which is a tradition in Chinese culture. It involves taking food and wine to the graves of all your ancestors, saying a small prayer to them, and then eating together. Chinese culture is very strong on honoring blood lines and heritage, so it’s important that we always remember the people who came before us and made our lives possible. Most of my grandparents have passed now, so it’s important to me that I get to visit and remember them with the rest of my family. I think it’s pretty cool to think that when I die, my great grandchildren (if I have any) will be visiting my grave every year and offering food and presence.

Art and dance can tell a deeper story about local culture. Tell us the story of a specific artwork or dance that has a meaning for you. Share a photo, if you can. (It can be anything from street art to a festival to a painting to architecture to woven art work, to woodworking, a family heirloom, etc.)

When I was in Cambodia I was invited to visit a local circus in town. I didn’t realize it at the time but it was actually quite a big attraction in Siem Reap. One of the media staff told me all about the history of the circus school; it started as a therapeutic endeavor – specifically for orphans from the Cambodian genocide – who were to use art and performance as a way to find peace with their difficult pasts. The circus is huge in Cambodia now, they fundraise by doing a nightly performance, which is excellent, and some of the students even have scholarships to study at big circus schools overseas. It’s called Phare – if anyone is interested in going. I wrote about it all here.

What local spot in your city/town do you love most? Why is it personally important to you?

I really love Muriwai Beach. I go during the weekdays to surf, and it’s always empty. I first learned to surf there – it’s where I fell in love with the ocean for the first time.

Who is the most inspiring person in your life? In which ways does this person inspire you?

My mother, of course. She’s made everything good in my life possible. I’d be nowhere without her.

There a few special stories, a little long to share here, but I think they have made more difference as a collective rather than as individuals. If you travel alone strangers become friends very quickly, and sometimes you think about those past travels and remember each one and you’re like, wow, I can’t believe I’ve met that many new people, and they all teach you something new or make you think about life very differently. So all of them together have helped me develop a much healthier, open perspective about life in general.