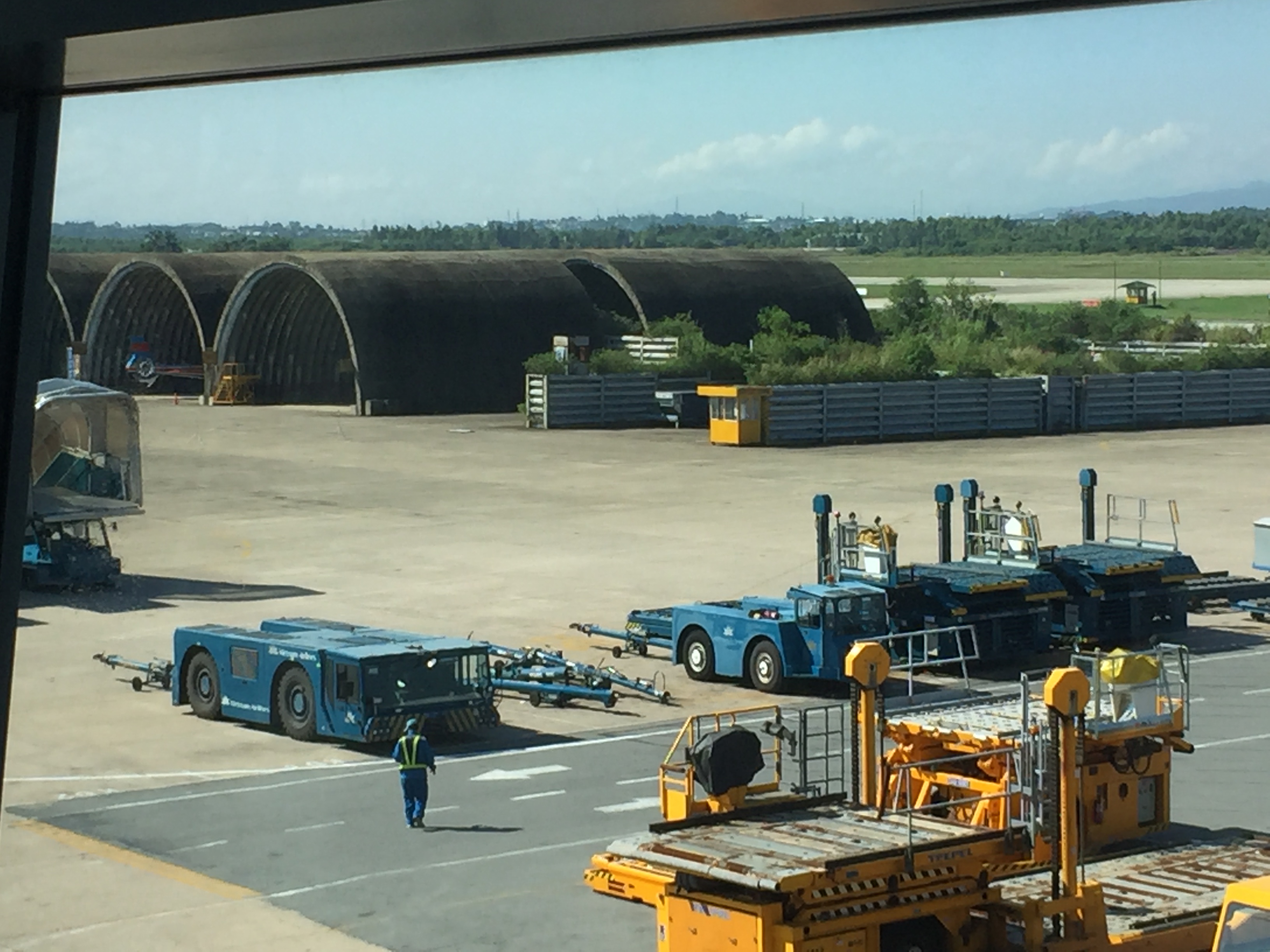 I’m the proud daughter of a War Veteran. My dad was stationed in Da Nang during the Vietnam War (or the U.S. War of Aggression, as some call it in Vietnam), and as a result this was somewhere I’d always felt inclined to visit.

The war is not something he talks about much, but when he does, I’d always wished I was able to better picture the setting where it all took place. Although I fully understand that nothing can really convey the terrors of wartime.

I’d suggested to my dad the idea of traveling there together on a few occasions, which he always very quickly shot down. It’s worth noting that all of the friends my dad had made in Vietnam during the war were killed there, and he was the only one to return home. So I can understand why he wouldn’t want to necessarily rush back there on a vacation.

Instead, I traveled to Vietnam with some friends, and then I actually ended up staying behind in Da Nang after the rest of my group continued on to Hanoi. I didn’t feel as if I’d done the area justice in just a few days, especially since it was a major reason why I’d wanted to go to Vietnam in the first place (sorry, Ha Long Bay).

During the war, because it was essentially a civil war which saw the North fighting the South, Da Nang was a major base of operations because of it’s geographical location right smack in the middle of the country, while still being on the coastline allowing access for war ships.

Da Nang is now a built up and westernized beach resort (I hope the irony is not lost there). While of course you cannot deny the beauty of the Marble Mountains and the beach landscape in Da Nang, you can still eerily feel that something happened there. It’s pungent in the air.

There’s also still plenty of physical remnants from the war around Da Nang as well. The former US airbase is now the Da Nang International Airport. As you fly into or out of the airport, you can spot the original airplane hangars from the 1960’s that were used. It’s like a scene straight out of MASH.

I didn’t make it to see the Cu Chi Tunnels and therefore see some of what the war time was like for the opposing side, which I would’ve like to have done. But I’m not sure I would have even been able to handle it, given that I had a hard time after visiting the tunnels used to escape from a concentration camp in the Czech Republic during World War II. I also want to make another note (without getting too political) that I empathize with both sides of the Vietnam War, along with my father. He didn’t want to be there – he just found himself getting drafted without anything he could do to avoid it.

Upon returning, I had a really long talk about everything with my dad. I could tell he was pleased at my newfound interest and empathy towards what he’d been through. The question that plagued me most was how he got through it. I get anxiety attacks myself from things that seem so utterly silly in comparison. I couldn’t wrap my head around how one could function under this extremely high stress environment for months on end, and manage to keep your sanity.

I guess some people don’t.

But his answer struck a chord: you have to take it one day at a time, in the most extreme way possible. If you allow your mind to wander even the slightest, inevitably you’ll begin to think about the possibility of not surviving, and will drive yourself insane.

This is advice all of us can use. Personally, I always run into trouble when I start thinking about all the possible “what ifs” in the future. If you think about it, it’s basically the same advice as the newly trendy mantra of ‘staying present’.

Of the 30 years I’ve known my father, I’ve never been more proud of him or had more respect than I did when I returned from that trip. Travel has a way of bringing people together. You can meet so many new people when you’re venturing out of your comfort zone, but then there’s also this uncanny aspect that brings you closer to the people already in your life by changing your perspective on things.

I will be forever grateful for having the opportunity that I did in Da Nang to understand my father better.

A piece of advice for visitors to Da Nang, Vietnam: about a 10 minute drive south is the endlessly charming Ancient City of Hoi An (which is also a UNESCO World Heritage Site). Somehow Hoi An escaped the war virtually undamaged, and it’s a nice respite from the heaviness of the rest of the area. They actually balance each other out quite nicely. I have a more lengthy post on Hoi An on my blog.