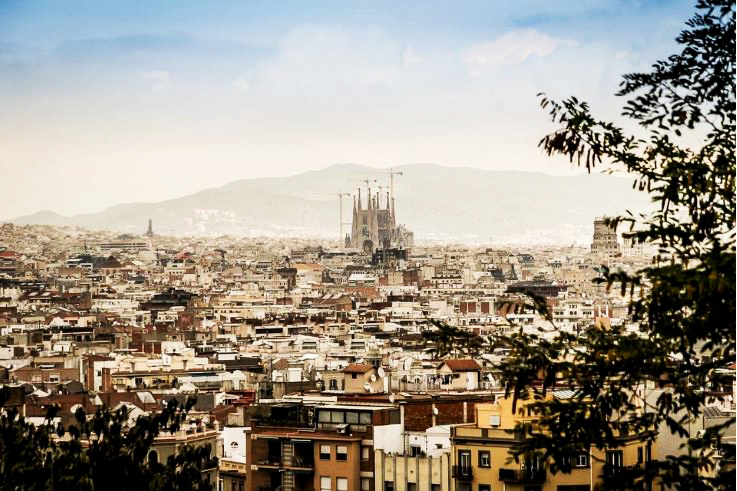 If you’re visiting Barcelona for the weekend, you’re unlikely to be short of activities. You’re more likely to find yourself with too little time than too few sights to see. There are so many museums, parks, art galleries, squares and architecture to see that you’ll struggle to see everything you want to in such a short time.

However, if you’re in Barcelona for a longer period of time, you might want to get out of the city and see a different side of Catalonia. With a rich history, there is always plenty going on throughout the region. But here are three day trips that are both worthwhile and easy to do while you’re staying in Barcelona:

The museum in Figueres devoted to his work of Salvador Dalí is a must see if you have any interest in the great surrealist’s work. Although many of Dalí’s best-known works are in other collections, the Figueres museum houses the largest and most diverse collection of his art.

The museum is located in a former theatre that was gutted by fire at the end of the Spanish Civil War when Figueres was bombarded by Franco’s forces. In the early 1960s the mayor suggested to Dalí that it be renovated as a museum in his home town and it opened in 1974.

True to eccentric form, the exterior is decorated by what appears to be loaves of local Figueres bread and where you might expect turrets there are large eggs. Inside you get a good idea of Dalí’s developments as an artist and some of his early works demonstrate his undoubted skills. You also get to experience some of his wackiness.

At times you’ll find some of his works are out on loan, which can be frustrating. But there are plenty of permanent works, such as the car in the central courtyard, the sofa modeled on Mae West’s lips and the ceiling frescos that make it worthwhile visiting.

It takes between 1 hour 50 minutes to 2 hours 20 minutes to get to Figueres from Barcelona-Sants station. From there it is a 15 minute walk, or get a taxi from the station. And if you rent a car you might want to also want to drive to Cadaqués and visit Dalí’s house at Portlligat. It’s as crazy as you’d expect. Depending on when you visit, you may also want visit Castell Gala Dalí de Púbol for more surrealism and complete the trio of Dalí museums in Catalonia.

Flying into Barcelona sometimes takes you past the spectacular rock formations of Montserrat, a mountain located some 50 kilometers inland from Barcelona. The mountain is named after a saw for its distinctive serrated peaks and home to the Benedictine monastery of Santa Maria de Montserrat.

As well as the spectacular rock formations and the views afforded by its 1,200 meter elevation, the monastery has long been a center of Catalan nationalism, acting as a sanctuary for Catalan nationalists during the Franco dictatorship and the scene of a number of high profile demonstrations.

It is also home to the Virgin of Montserrat, one of around 500 Black Madonnas in Europe, one of Catalona’s two patron saints. The other is St George, known locally as Sant Jordi.

You can get to Montserrat by bus on an organized tour. Other options are car hire, or you can take public transport. The train from Barcelona-Sants takes around 1 hour 45 minutes with changes at Martorell and Monistrol de Montserrat, where you take the funicular up to the monastery.

Catalonia is well known for its production of Cava, the sparkling wine that uses the Champagne method of secondary fermentation in the bottle to produce those distinctive bubbles. Although Cava is produced in other areas of Spain, 95 percent of all production is in the Penedès area south of Barcelona.

While just about any bar or restaurant will serve you Cava, and there are a number of bars in Barcelona that specialize in their selection of Cavas, you can also visit the wineries in Penedès to tour their cellars and sample their products.

There are a number of organized cava tours available from Barcelona. You’ll be taken by coach to a number of wineries and get the chance to compare their different products.

David Leigh has lived in Catalonia since 2001 and runs Simply Barcelona Tickets. After living in Barcelona for many years he now lives in the province of Girona.