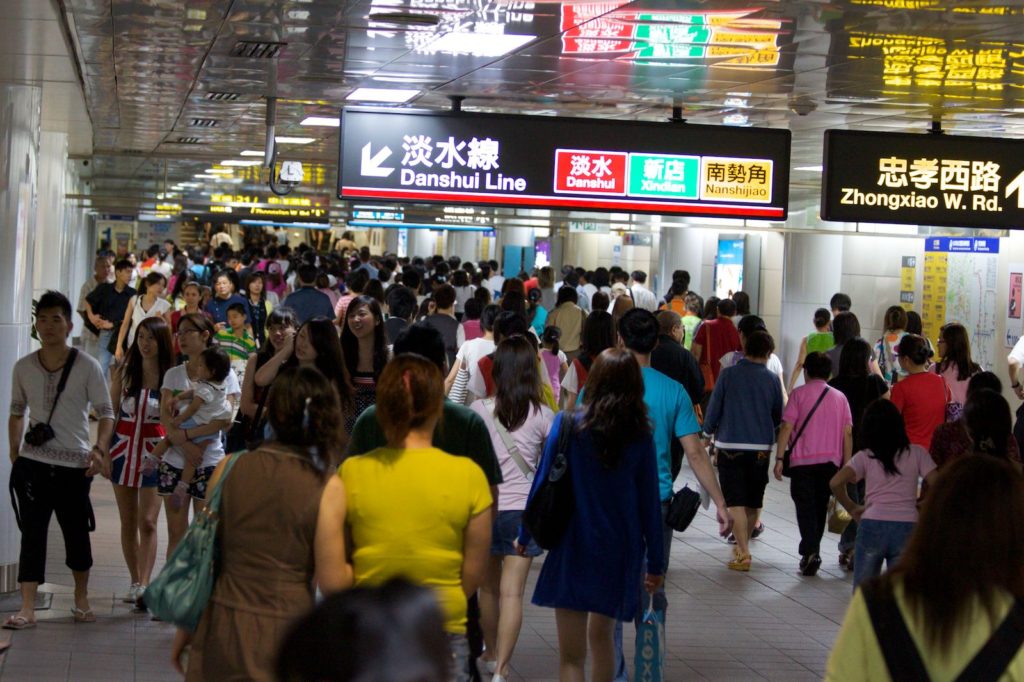 Today’s guest post is by Lauren Siegel, Asia Correspondent for Culture with Travel.

Taiwan is located along the Pacific Rim fault line, otherwise known as the “Ring of Fire” and a hotbed for Earthquakes. I didn’t know this before I came to Taiwan, however, but when touring the Taipei 101 (which was the tallest building in the world for a time) they mention more than once how the building was built to withstand very large Earthquakes.

Still after hearing that, I didn’t think too much of it. How often did Earthquakes happen anyways?

Well, was I in store for a treat…

The first Earthquake I experienced (that’s right I said first), happened late at night. I was on my couch writing a blog post on my laptop and literally everything around me started swaying wildly. I looked up and the light fixture above my head was swaying so much so that it looked like it might fall right off. Something clicked inside of me and I grabbed my phone and ran into the bathroom where there were no windows or anything that could break and fall on me. The Earthquake only lasted about 10 seconds, but felt like an eternity. Also, because I was by myself, it was a bit more scary. So I did what any solo travel blogger would do: grabbed my phone and started snap chatting.

Luckily just as my mind started going to the worst case scenario, my phone blinked with a message from a friend nearby in Taipei asking, “Did you just feel the Earth move?”

Uhhhhhhhh… yes, yes I did.

I found out that Twitter is the method of choice for disaster communication. I was searching on google after the quake to see if there was any news of where it came from or how severe it was, but there was nothing yet posted. However over on Twitter, there were already hundreds of people posting about their experiences and within seconds I’d learned that it originated in Hualien on the east coast of Taiwan and had a magnitude of 5.5. There didn’t seem to be any extensive damage, and I was incredibly happy to have this information so fast to put me right at ease.

It was this experience that made me realize how useful of a tool social media can be during a natural disaster.

The second Earthquake came about 2 weeks later. Again originating on the eastern coast of Taiwan, and again lasting about 10 seconds, although this one felt a little stronger because it was closer to Taipei. Now that I was seasoned in Earthquakes, I had a routine and I grabbed my phone and went into the bathroom to wait it out. I also jumped on social media again and saw that this time the Taipei 101 was seen swaying back and forth during the Earthquake.

What they don’t tell you about earthquakes is that after feeling it once, you’ll start to imagine them happening all the time. Pretty much any time I sat on my couch I would lose my center of gravity and feel like the ground beneath me was swaying. As this was happening, I knew full well in my mind how silly I was being and that it wasn’t actually happening, but I just couldn’t help it. It was almost like Earthquake PTSD. After reading up on this a bit, I found that this sensation has a name: “Phantom Quake”. Much like how when someone gets off a boat, they might still have their sea legs and it’ll take them a while to acclimate to solid ground.

I think that if I were to experience a few more earthquakes in Taiwan it would have become commonplace for me. The is how the Taiwanese must feel about every Earthquake.

Once everything settled down for awhile, and I saw the Earth was still standing outside my window, I ventured outside to see what the buzz was on the street and if there was any significant damage nearby, but life was continuing as normal as if nothing had happened. People were buzzing around on motorbikes, waiting at the crosswalks, and dining out seemingly without a care in the world.

This isn’t to suggest that the Taiwanese are flippant towards natural disasters, but people just aren’t designed to continually panic if something happens frequently enough. Earthquake response is a part of their culture, so to speak, and therefore I suppose experiencing an earthquake can be considered immersing oneself into Taiwanese culture.

Previous Posts Exploring Kiev
Next Posts From Traveler to Changemaker