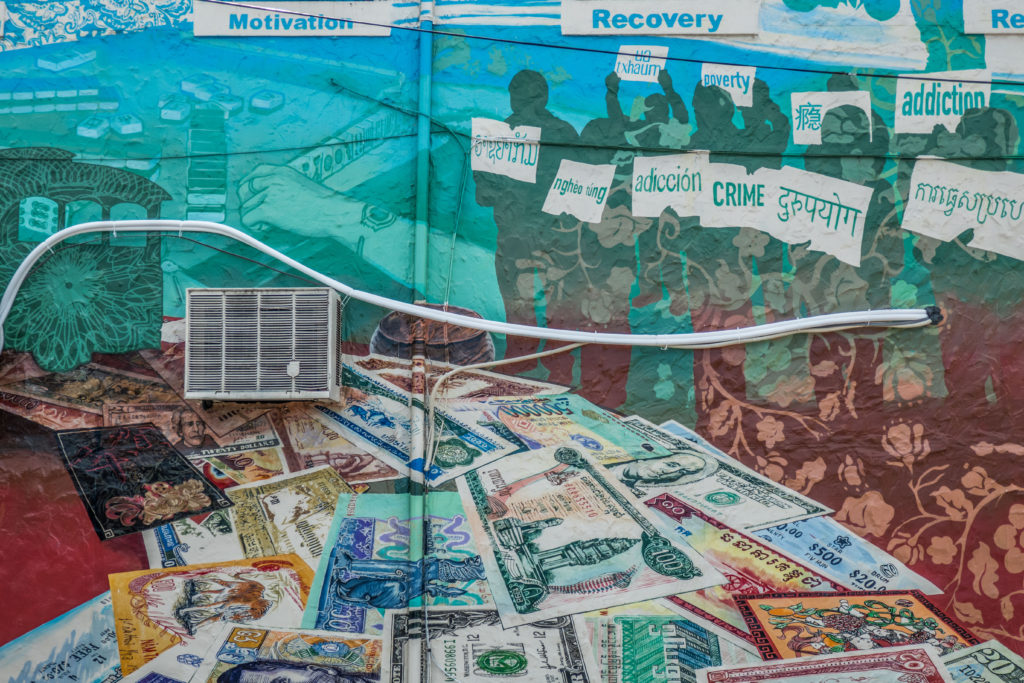 Philadelphia is roughly halfway between New York City and Washington, D.C. Since New York is America’s most famous city and Washington is the capital, Philadelphia is often overlooked. While “Philly” does lack the extensive public transit system of New York or even Washington, it has the distinction of being the nation’s first capital. Neither of George Washington’s two terms as president were served in the city that bears his name. In fact, he died the year before the federal government moved there.

Philadelphia has something else that neither New York nor Washington have: Cambodia Town! While Khmer cuisine is difficult to find outside of greater Seattle or California, South Philadelphia gives you options. Most of the businesses are along South 6th and 7th Streets between (Morris and Ritner).

Perhaps it is fitting that Cambodia Town is located in South Philadelphia. Like Philadelphia, Cambodia is sandwiched between two more famous neighbors. Most small cities in America have more than one Thai restaurant as well as a Vietnamese pho noodle shop. So, what about Khmer (Cambodian) food? Well, if you can’t make it to Cambodia but live on the East Coast, come to South Philadelphia. Yes, it is inconvenient. The subway does not go there, so buses are the only option for public transit.

Philadelphia is relatively car-friendly for a major city (the 5th largest city in the United States), but parking can be as much of a challenge in Cambodia Town as in New York or Washington. While those issues may keep some people away, one should consider the fact that a trip to Cambodia would not have all the modern comforts that we in the West take for granted. In that sense, a trip to South Philadelphia is the American equivalent to a trip to Cambodia. Embrace it!

Tourists tend to stay away from Cambodia Town and you may even get stares if you wander around too long, but this makes the experience all the more authentic. Like in most of Southeast Asia, the people are very friendly. Show an interest in their culture and they will open up to you. If you don’t understand the menu, tell them what you like and they will point you in the right direction.

On weekends street food is also an option. In fact, if you plan your visit so you’re in Cambodia Town in the afternoon, you can fill up on street snacks without ever entering a restaurant. However, for the full experience you should try a combination of both.

While you won’t find grilled rat, snake, VIP meat (that’s dog for those of you who’ve never been to Cambodia), live duck embryo or even insects, street food is an essential part of Khmer culture. Other favorites like amok (steamed fish in banana leaf), lap Khmer (raw beef salad), and bok lahong (papaya salad) are available in the restaurants.

Have you ever been to Cambodia? How about Little Cambodia in Philadelphia? Share your impressions, or if you’ve never been, what would you most look forward to?