Culture Shock in the Produce Aisle 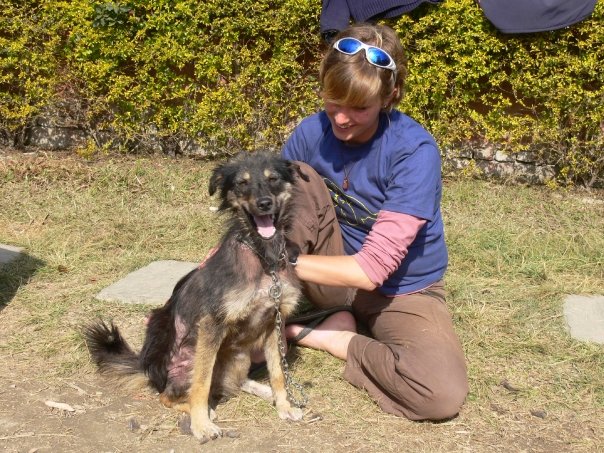 Today’s Culture with Travel guest post is by Nora Livingstone

Culture shock when I was younger was laying in a sleeping bag in the mountains of Nepal stuffing Kit Kats into my face. It was the big, hard differences that brought on equally big and hard coping methods.

One of my first big trips had me living in the high Himalaya with no other English speakers, no electricity, and no real clue what I was doing. Now that I am older and have some more traveling under my belt, it’s not the big stuff that gets to me anymore; it’s the little things. The pesky little nuances, the differences you don’t even know exist until you are in a grocery store having a pesky little nuanced anxiety attack about how to buy an avocado.

I grew up in Canada. From coast to coast, every time I have bought produce there, I just bring my unmarked (and to save plastic) un-bagged fruit and vegetables up to the cashier. They look at what I am buying and in their amazing brains they see a code. Like Neo in the Matrix they don’t see fruit and veg, they see numbers and letters and like the ninjas they are, they tap everything in.

I lived in Torino as a guide for a summer. It was a summer of climbing and trekking in the Italian Alps – not a summer of grocery shopping, so when I finally went to buy groceries, it was after I had been living there for a few months. I had spent those months navigating big cultural differences between Italian and Canadian ways of life.

I had big learning opportunities about personal space, food and language (and the decibels at which the language is spoken). I thought I had Italy figured out – those big differences didn’t catch me off guard, I was waiting for them, looking for them, and rolling with all the punches they were throwing.

I brought my groceries to the front and gave an avocado to the cashier. She almost pulled a muscle from rolling her eyes. She stared at me and I sweated back at her, nervous because obviously I had done something wrong but I had no idea what it was. The line of (not known for their patience) locals started to grow behind me. She said: “What is this?” I told her. She walked away from the till. Did I just make her quit her job? Was I being that offensive? Whilst spending time up in the Alps, did avocados suddenly become SUPER offensive? Was there a trade war I was unaware of?

She came back with a sticker that had a bar code on it. With the intense eye contact that only an Italian can give, she put the sticker on the avocado and then scanned it. I realized my mistake. There was no sticker on it when I brought it up to her. How was she suppose to even know it was an avocado, let alone the codes for avocados? Why did I expect all cashiers to be super heroes that know the codes to everything always?  I apologized to her, to everyone in line, and realized my nervous sweat was almost dripping off my shirt and on to the floor.

As I left the grocery store, I walked past the produce section and saw a little machine (in the middle of the floor – they weren’t hiding it). People were standing in line to weigh their fruit and get little barcodes printed off for them. Apparently, this was easy to understand for everyone but me.

A few years later, I went to the Middle East to volunteer at a dog rescue. This meant living in an enormous white marble house down the road from the British Embassy and up the road from the Saudi Arabian military attaché office. It meant going to a place that has malls with roller coasters and souqs with original brick walk ways that wind through old town like mazes. In short: totally amazing and totally different from home.

Again, I was looking for big differences. I wasn’t going to sweat through my shirt here from embarrassment – that would just be the desert heat! Instead of learning my lesson about nuances sneaking up on you, I went dodging big differences. Then, I went to buy an avocado.

I walked through the biggest grocery store I had maybe ever been to and picked up an avocado. I then flashed back to Italy.

What do I do in Oman? Do I assume their cashiers are superheroes or do I have to save myself? I started sweating. The lines at the cashier were 7 to 19 people long. If I messed up I would be messing up a LOT of people behind me. The sweat beaded on my upper lip and my forehead. I can thank my constant overthinking for my clean pores.

I walked slowly past the lines of people at the registers and tried to see if they had stickers on their produce. I thought this was way better than just asking someone. In my most normal, I just ask someone because I know I look like a foreigner and don’t mind. In my most culture-shocked and weird, I am a sweaty nervous Canadian walking slowly past a bunch of people in line, looking into their carts as I hold exactly one avocado. Smooth.

I couldn’t surmise what I was supposed to do so I went back to the produce section to restart my overthinking and sweating. Then I saw the two most disengaged women in Oman, sitting at a desk. They were making no eye contact with any of the shoppers, and didn’t say a word to the customers – or each other. I pretended to check out some oranges as I watched them. Maybe they were the secret to buying groceries.

A customer came up and handed them produce. Without looking at the customer, or even away from their phone one of them picked up the bag of veg and typed something in the computer. A bar code came out and she stick it to the bag! Victory! I had figured out how to buy produce here without looking stupid! I thought this as I dropped an orange on the floor because I was nervous sweating so much.

I confidently walked up and said good morning! I handed one the avocado and she briefly looked up from her phone. She typed something on her screen, a bar code popped out, and she put it on a bag and handed me an empty bag and my avocado. Apparently, she was not getting paid for enthusiasm or environmental practices.

I hope my cautionary tale helps you realize you aren’t the only one nervously sweating through your culture shock. In the middle of the culture shock sweats it’s hard to ask for help, so if you see someone who looks bewildered in the produce section, please help a fellow traveler out… realistically it will probably be me.

Nora has volunteered with animals in more than 25 countries, including Croatia, Mongolia, Sierra Leone, and Guatemala. She is an accidental digital nomad who is very happy to make the mistakes to others don’t have to. She encourages others to laugh at her while they learn more about travel, themselves and mental health. She carries a tiny stuffed mouse with her every time she travels.