Interesting Cuisines Around the World 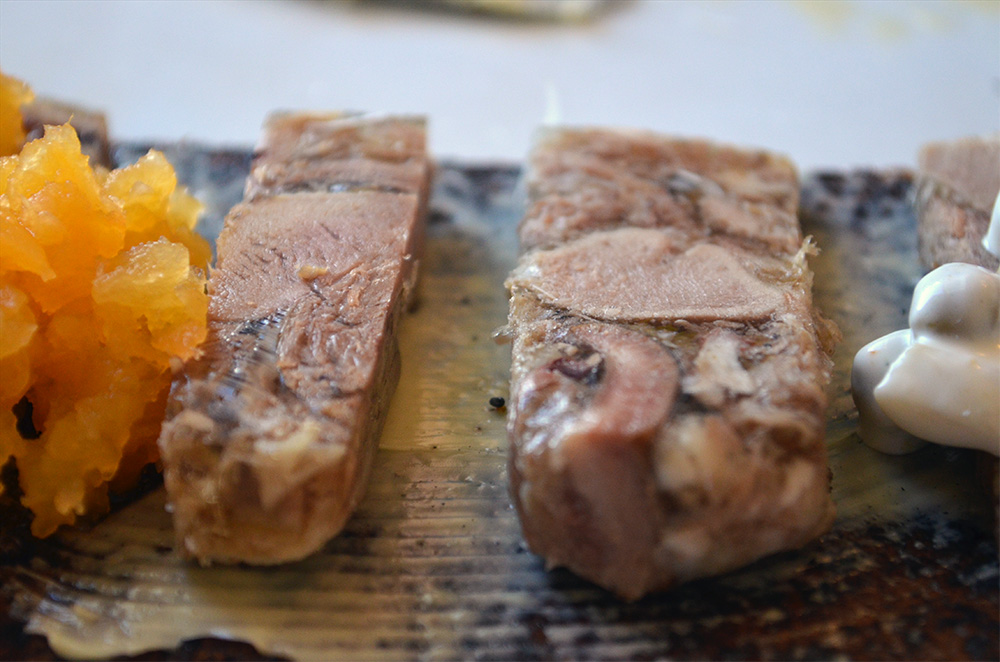 From spaghetti to gelato to sushi to pierogies, food plays a big role in understanding local cuisine and getting to know the culture of the places we visit. Cuisines we try can push our boundaries and challenge us to explore culture on a whole new level. A friend of mine recently mentioned he tried rotten shark, while countless travelers I know have tried everything from fried grasshoppers to alligator and even tarantula on their trips. However daring you may be, food effectively binds us. Through shared meals during our travels, we have an opportunity to learn more about others and their traditions, daily rituals and more. And, we also have a chance to get out of our comfort zone and try something completely new.

“People who love to eat are always the best people. – Julia Child”

I was curious to hear from other travelers what dishes stood out to them in their adventures, and here are their impressions:

For his birthday in March, Shaun tried Minke Whale which he said could be compared to “a really tender steak served with a peppercorn sauce (not fishy).” Shaun also tried puffin. Both were from sustainable sources, he noted.

“I think it’s important to fully immerse yourself in other cultures when you are in different countries. That includes eating what the locals eat, drinking what they drink, as it makes the experience so much more memorable and creates stories to tell!”  – Shaun, PlacesXSpaces

“My first trip abroad was to Spain in high school. I traveled with friends all over the country and regrouped at my friend Sara’s family home in Galicia. Her dad didn’t speak much English, but he liked to challenge us with new Spanish words and unusual dishes.  I’ll never forget his face when he slid freshly cooked brains onto my plate and asked if I knew what I was eating. I did, but I didn’t know the word, so I pointed to my head and said “Si, una mente — la cosa en la cabeza” (basically, “Yes, a mind — the thing in the head”) and we both laughed. And, you know what? Brains weren’t bad. They tasted kind of like scrambled eggs.”

Prairie Style File is a blog by Alicia about  “What’s beautiful and what’s next, from North Dakota and beyond — featuring fashion and shopping, parties and food and the art and events of the Upper Midwest.”

Prachi from ghoomophiro.com | Follow @prachimadri on Twitter
“I am a core vegetarian. I was on my solo trip to Dandeli and in the jungles with a tribe. I enjoyed my lunch with them as they served me amazing chutney. When asked..I was told it was made of red ants..and bears love eating it.”
Ghoomophiro.com is a niche organization that helps in curating corporate tours. At Ghoomophiro, they initiate and organize various team building activities, corporate engagement programs that not only give the employers break from their regular schedules but also help them understands their peers in an informal environment.
Calves Testicles in Rural Australia
Kirstin from thetinberrytravels.com | Follow @tinberrytravels on Twitter

“Calves Testicles! Sounds like a swear, but actually something I ate as a snack while in rural Australia. During a year long trip travelling around Australia in 2010, I got the chance to experience many things as well as sample a number of local delicacies. From Tim Tams to Kanga Bangas, there are some things that are quintessential Aussie but during a Jillaroo-ing experience in Dungowan, New South Wales, I got a chance to try this rather odd culinary treat.

To give a bit of context, I was spending time working on a rural farm property helping build fencing, muster cattle and branding calves. During branding, another task which needs to be performed is castration of young bullocks; something I luckily did not have to perform but was witness to.

Now apparently, as tradition goes, there’s no reason to waste good meat in the outback and so calf testicles are fair game. And since the branding equipment is there anyway, cooking them on the spot is an easy option. So, despite the slight “ick” factor, I agreed to give it a try. Actually once you get over the “Oh my God, this is a testicle” it’s not too bad, just like a meatball – and I guess that’s a good description!”

Kirstin is part time traveler with a passion for exploring; whether its solo adventures abroad, city breaks or local day trips from her home in Scotland. In recent years Kirstin’s visited Iceland, Ireland Canada and the US but has previously spent a year in Australia and lived on Jersey in the Channel Islands for a short time. With a passion for walking and hill climbing, Kirstin is also a treehugger environmental type and so nature always plays a big part in all her adventures. You can find her travel stories, reviews of days out and plenty of travel related nonsense over on the tinberry travels.

“Before arriving into the country for the first time, I did a little research on some of their traditional meals. My findings were definitely strange! The first being their Hákarl, or fermented shark, and the latter being their Sviðasulta, or sheep head jelly. Neither really grossed me out upon first discovery, however when it was presented in front of me – I knew I was in for a wild ride!

Of the two, I’d say the Hákarl is the least brutal once you get past the smell. I was terrified of the taste after smelling it from about 10 feet away, but in my opinion there really wasn’t much taste to it. The Sviðasulta however… that was a different story! It was about as tasty as you could imagine boiled sheep brains in a paté form could be.

Despite neither of them being to my taste, it was interesting to try both of these dishes as they’ve been in Iceland history for centuries. Both dishes survive brutal winters, and were fairly common before the times of modern technology. Sviðasulta is traditionally served during their mid-winter celebration, so only during special occasions. Being from Canada where many of our foods and traditions have come as a result of the influence of a variety of cultures, it was interesting to experience something that is mainly reserved for a celebration of their culture – I was happy to have had the chance to try it!”

One of my favourite things about Spain are their tapas. These little dishes have such a huge social aspect to it, and I can’t decide what I like better – that or how delicious they are! I remember going to my first tapas restaurant in Pamplona with a friend of mine who was studying there, and he grabbed a bunch of different ones for us to try. He would only explain them after I’ve tried them, and the one that surprised me the most was the Angulas. What I thought were bean sprouts or noodles of some sort turned out to be baby eels! You could imagine my surprise when he informed me, but I was in love at first bite.

They can also come in a variety of ways, like with a slice of fresh bread, tempura zucchini, or on their lonesome to name a few! What really caught me was that if you have them solo, you’re given a special wooden fork as a utensil since a metal one can take away from the taste! I was fascinated that they were so concerned with making sure you taste the dish exactly as it should be tasted, as that’s fairly rare here in Canada. I can’t remember the last time I was purposefully given a non-metal utensil for the purpose of preserving the taste!

Lindsay is a graphic designer by trade but a wanderer by heart, and shares her adventures and knowledge with anyone who will listen.

Katya is a Russian girl living in New York City blogging about fashion and beauty.