There is Something in the Air in Turkey 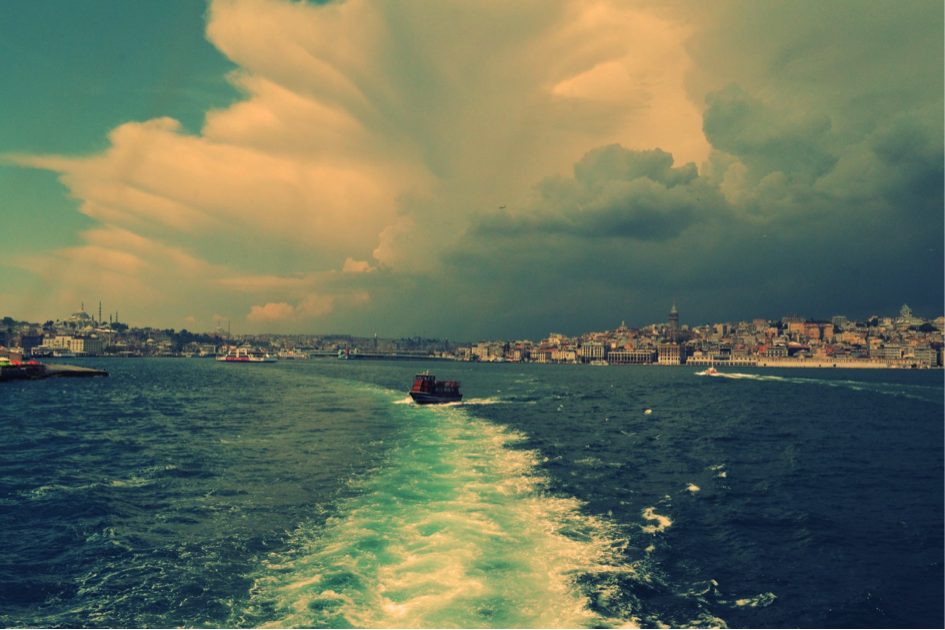 After having the opportunity to see one of the world’s most magical sceneries and to taste some of the best world’s cuisines, I realized that my first visit to Turkey was more than just an enjoyable holiday. It was an invaluable experience that had taught me how diverse and wonderful this world can be.

The first time I set my foot in this amazing country was during the summer. After giving it a considerable thought, I reached a conclusion that the summer is the perfect time of the year to visit Turkey, as it allowed me to combine discovering some of its most beautiful sights with lying on a sandy beach and taking a dip in the Black Sea. Finally, I decided to head for Antalya, a popular fast-growing city whose special appeal lies in the mixture of its exotic sun-kissed beaches and traditional Turkish culture. What attracted me to this specific area are not only exquisite Ancient ruins such as Hadrian’s Gate, but also crystal clear turquoise waters and small secluded beaches where, if you are lucky, you can witness the nocturnal life of one of the most fantastic creatures, large sea turtles. Besides all its natural beauty, the nightlife has also much to offer. We enjoyed in a dazzling live performances of belly dancers and had a few drinks with the locals who surely know how to party until early hours.

Once you reach this bridge between East and West, you will get so mesmerized by the mix of exotic and familiar that you will find yourself unable to resist its beauty and you will eventually come back again. On my second journey to Turkey, I was more focused on becoming more acquainted with its indigenous culture and authentic cuisine. I realized that the easiest way to achieve that goal was to visit one of the world’s biggest cosmopolitan city – Istanbul. Since Istanbul is a massive city and has a myriad of great things to offer, making a list of preferences was a challenging task. However, I decided that if I wanted to get the real, unique feel of the city I had to find out more about not only its history and culture but also the lifestyle of its locals and its national cuisine.

If you wish to indulge your appetite and enjoy some of the most delicious tastes in the world, then Istanbul is the right place for you. The mix of cultural influences also had an immense impact on the Turkish national food. The easiest way to experience it is to take a walk along the bustling streets of Istanbul or visit the famous Spice Bazaar where you will have the opportunity to try some of authentic Ottoman food from a distinctive Turkish delight called Lokum and numerous delicious mezes to exotic herbs and spices. Make sure you try as many dishes as possible including sweet delights such as a mouth-watering Turkish baklava. On the streets there are loads of little juice vendors and the main thing they are selling is fresh pomegranate juice. What a wonderful thing that is – especially if you feel tired from walking. Also you must try borek, and don’t forget to have some manti.

Another thing that had a huge impact on me, making me breathless with excitement is the grand architecture of this glorious city. A beautiful mosque, widely known as Blue Mosque, is praised for its magnificent interior that consists of tens of thousands of blue Iznik tiles making it one of the impressive monumental architectural achievements of the Ottoman empire. The best way to approach this marvelous construction is from the Hippodrome. It is a breathtaking sight that is still vivid in my memory.

Walk through the streets of Grand Bazaar

Istanbul is unquestionably a small paradise for all the shopping lovers especially the ones who are attracted to authentic, hand-made items created by local designers and craftsmen. The most famous and practically the oldest world’s market called the Grand Bazaar is located here. From beautiful Turkish rugs and apparel made of cotton and wool to alabaster ashtrays and glazed tiles and pottery there is something for everyone in the store. Also, you will have a unique opportunity to show off your bargaining skills and take part in exciting chats with local salesman.

The subliminal charm of this magical city literally swept me off my feet and affected me profoundly. The fact that it is ideally located on the point where two continents meet makes it even more appealing and ultimately extraordinary. Hopefully, I will visit Turkey’s capital Ankara and amazing Goreme National park one day. I can hardly wait.

Author Bio: Roxana is a travel enthusiast and lifestyle consultant from Sydney and she loves to write about her adventures. She is all about the healthy lifestyle, loves to run with her husband and dogs and has fun cooking exotic meals for her family. Being a typical Aussie, she often hits the waves and loves beaches and sunshine! You can find out more about her writing and follow her on Twitter.

Previous Posts Storytellers Sarah & Nathan of Live, Dream, Discover
Next Posts Studying in the UK as an International Student