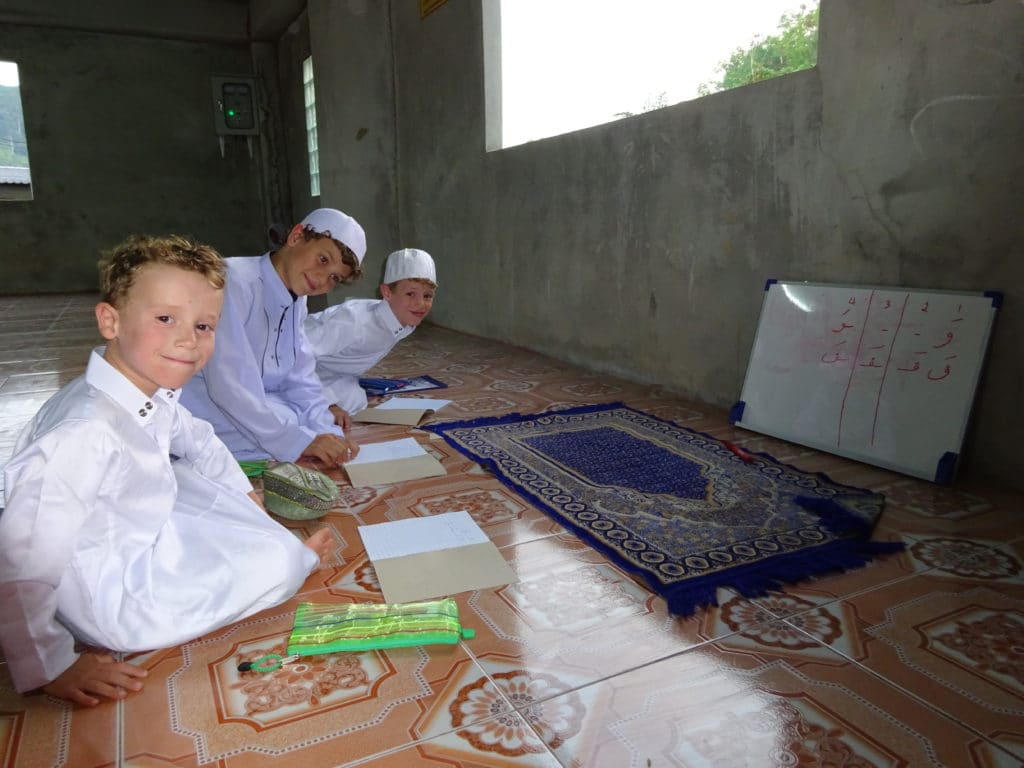 Why I Took my Kids Backpacking for a Year

I honestly believe many of the world’s ills could be cured if everyone could spend time traveling at least once in life. Those readers who have spent time abroad will instantly know what I mean. Travel changes you, overall, for the better.

Without doubt, one of the insights you pick up through travel is a basic understanding that no matter where you are, who you are, what God you worship or don’t, people are people. Differences between us such as nationalities, cultures, languages, etc. all become ways of highlighting our shared experience as human beings rather than becoming differentiating factors that should separate us.

Travel develops self-awareness, global awareness, empathy for the other and an understanding of difference. Today more than ever it seems these qualities are needed; bias and prejudice are slowly becoming acceptable again.

I live in a monocultural, rural and conservative part of the UK with my family. Cross-cultural exposure is very rare. As the plan is to stay in this part of the world I grew concerned as to how my three kids would gain those essential skills of empathy and awareness mentioned above.

I believe the future is global and I strongly believe those with the skills to work and communicate across cultures will be at an advantage. Not only professionally, but personally in terms of their self-development.

To set them all up for life I decided to take the plunge and plunge them in right in at the deep end – 12 months hopping around SE Asia, being schooled by Mum, Dad and the country we lived in.

It was a lot harder than we had anticipated which meant less travel and more staying put. In the end, we took in 8 countries over 11 months. Each day was a lesson – outside of the maths and English local sights, sounds, colours, places of worship and conversations with locals were the teachers.

Here are some of the most memorable experiences and lessons in cultural understanding:

We wanted to mess with our kids’ brains in a good way so decided to send them to a small Muslim school on a tiny island in Thailand. They learnt to read Arabic. Why? Because it was a great way for them to understand that things don’t always need to be the same, look the same and sound the same. Learning a new alphabet, reading from right to left and pronouncing new sounds were all skills that helps them see the world as a place of possibilities. On top of the Arabic they spent breaks playing and trying to communicate with local Thai kids that really built their confidence in being able to express themselves without a common language.

During our time in Indonesia we were unlucky/lucky enough to be at the home of someone who had a relative there who had suddenly become possessed, apparently by the spirit of a jungle wolf! Our kids ventured into the man’s room unawares and sat with the family as they tried to exorcize the spirit. It was bizarre to say the least but the kids loved his howling and experienced a phenomenon not everyone comes across in normal life. Dealing with the extraordinary, the different, the strange and the unknown again is a skill many people would benefit from. It was also important for the kids to understand that many people in the world still do believe in the ‘other worldly’; in spirits and ghosts and the hand of fate. It may be different, but it doesn’t give us the right to judge them.

Spending days lazily discovering the ruins of Angkor Wat was without doubt a highlight of the trip. To see, touch and feel history so rich and deep really opened their minds to the big, wonderful, wider world. Learning about the great civilization that once existed in this part of the world at a time when the West was living in squalor really struck home to the kids. “Their” culture was not necessarily the centre of the word, not necessarily the best, the most advanced or anything of that nature. The kids understood that all cultures have their times and it’s all in context. They also started to think about history as a global thing, not something that only white people did.

Spending time in a place you get to slowly see the same locals again and again. In a beach town in southern Sri Lanka, we walked past the same Buddhist monk daily. After a few days, he started giving the kids fruit. Then biscuits. Then they would go in the temple. From the small amounts of time spent with him they learn about the Buddhist faith, practices, what means what, and more. They all now have a healthy and inquisitive respect for all religions. They’re untainted by stereotypes or bias and can draw comparisons between them in meaningful conversations.

The whole experience was incredible; life-changing and very special as a family. I could pull up more examples but that gives you an idea of the things travel can make you do.

Looking back on the time and how my children behave and think now, I am 100% positive I achieved my goals. Experiencing being a ‘foreigner’ I feel really made an impact on the kids. Feeling different, looking different, etc. in an unknown place really develops empathy…a true experience that helps you identify with ‘the other.’

Neil Payne is the Director of Commisceo Global; a Cross Cultural Training company dedicated to fighting the negativity surrounding diversity and difference. Outside of work he loves cooking curries, Crystal Palace FC, walking his dog, Middle Eastern politics and of course travel. Follow him here on Twitter.