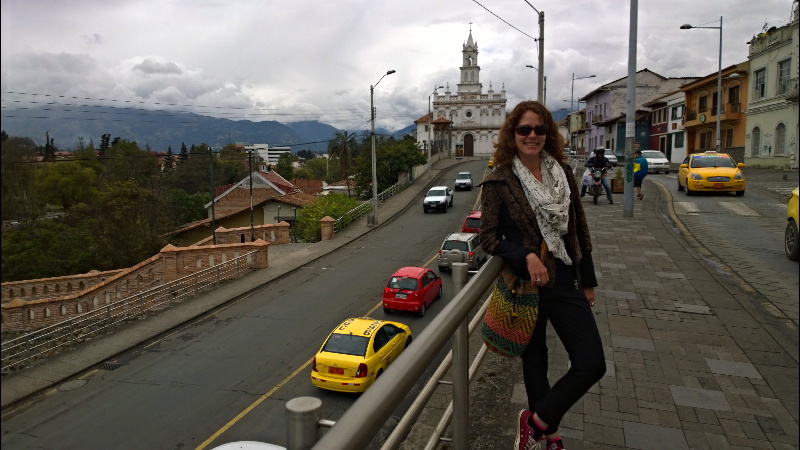 We’re delighted to share our interview with Nora, who travels around the world! Amazing isn’t it?! Visit her blog, theprofessionalhobo.com, where she shares her travel experiences.

Tell us a bit about yourself!

I’m Nora Dunn, also known as The Professional Hobo! In 2006, I sold everything I owned (including a busy financial planning practice) to embrace my dreams of long-term world travel. I’ve been on the road ever since, traveling to / living in over 50 countries. Through my website and freelance writing such as my “Dear Nora” column, I teach people how to travel full-time in a financially sustainable way. My travel experience has also translated into writing some popular books, including Working on the Road: The Unconventional Guide to Full-Time Freedom, and How to Get Free Accommodation Around the World.

Why do you love travel? How do you think travel unites us or teaches us more about the world?

I love travel because it’s like living life in technicolor. Our awareness and senses are heightened extraordinarily in new places. We develop intense relationships, push our boundaries and comfort zones, and are constantly learning new things.

In terms of how travel unites us, it’s a simple matter of expanding our horizons. When you have visited country X or know somebody from there, their customs and lifestyles are no longer a complete mystery to us. This helps us bridge the gap between the “us/them” mentality and the “we are all in this together” mentality.

Can you tell us something about the culture in your country and why did you decided to stay there?

I have established a few different home bases in my 10 years of wandering the world. Most recently I spent over two years in Peru, and now Ecuador is my destination of choice. I was there for three months earlier this year and will return in early 2017 for another six months – maybe more!

South America in general has always had a strong pull for me, but interestingly when I started traveling full-time, serendipity and opportunity led me to other countries. I circled the world many times before finally having an opportunity to visit South America. I realize in retrospect this might have been somewhat divinely orchestrated, because I got all kinds of world travel out of my system before arriving to South America, which would end up being a place I would want to stay (at least for now).

Although Ecuador is very similar to Peru (its neighbor to the south) in many aspects, it’s also very different – for example culinarily, and very noticeably, monetarily. I find the cost of living in Ecuador to have confusing contrast; $10 will buy a week’s worth of fresh produce (including an obscene amount of tropical fruits) and $2 can get you a two-course lunch, but then you can blow $3 on a cappuccino or $15 on a restaurant entree, in establishments that are frequented by locals.

By contrast, in Peru the prices are more predictable, and in many cases, lower, with the prevailing currency being the Peruvian Sol and not the US Dollar (as in Ecuador).

I grew up in Canada, specifically Toronto. I’m proud to have grown up there, because as one of the most multi-cultural cities in the world, it’s almost like I’ve always been a traveler, always meeting so many people of different backgrounds and cultures. And on the whole Canada is a beautiful and peaceful country to be from, with a well-respected passport; I feel very privileged and lucky.

Although I was raised in Christianity, for most of my life I’ve been spiritual but not religious. My spirituality has deepened exponentially in the last few years, as I’ve discovered and been exploring South American shamanism, specifically plant medicine ceremonies. I apprenticed with a shaman in Peru for almost two years, and am continuing my studies at a plant medicine retreat centre in Ecuador.

Kind of unrelated to your question, but on the topic of languages: I grew up speaking only English. I studied French in school, but not had much of a chance to practice it. When I started traveling full-time, knowing that Spanish is a very handy language to know, I took some classes. I didn’t end up putting that knowledge into practice until many years later, but now that I’ve been based in South America for the last few years, I’m proud to say I’m now fluent in Spanish. It’s far from flawless though; I can properly demonstrate the wit and intellect of a solid 9 year old at this stage.

But I love to be multi-lingual. There’s a certain magic to conversing with people in their own language, and I can’t get enough of it. (I’ll bet at times with my bad pronunciation, they have enough of it, but my conversation partners are very patient).

One person who comes to mind is TJ – a man I meet in Chiang Mai, Thailand. He ran the internet cafe that I went to for a couple of days running. Then, after Cyclone Nargis hit neighboring Burma leaving two million people without food, shelter, or water, my partner at the time and I decided we would rent a truck and fill it with bottled water and drive it to the border for an aid worker to pick up and distribute.

We asked TJ where to buy a road map, and he was so inspired by our plan, he took us to the mall to buy the map. Within 24 hours after making some Rotary Club connections in Chiang Mai, we had the Royal Thai Air Force and a C-130 Hercules cargo aircraft at our disposal! While we basically started an International NGO on the fly, TJ was by our side the whole time. He gave us unmitigated access to his internet cafe (for fundraising), took us to meetings, and served as our translator, driver, cultural buffer, and most of all, friend. We got to know his whole family, and he offered us a complete level of support and generosity that we’d never before experienced from a virtual stranger.

Previous Posts How to Meaningfully Immerse Yourself
Next Posts Storytellers Dave and Deb | ThePlanetD.com