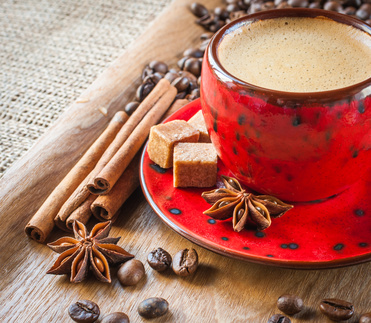 Everyone likes a good cup of coffee. Coffee consumption varies from continent to continent. While some people love their coffee black, some swear by white coffee. In my adventures, I’ve encountered all sorts of coffee brewing recipes. Some were exceptionally good while others were an extreme disaster.

Read along and let me tell you about coffee cultures around the world:

Does the last word ring a bell? Yes, you are right; we are in Mexico! If you love the smell and taste of cinnamon, this is the place to be. “Café de olla” basically means spiced coffee. And these are not your everyday spices. Not at all! The brewing process entails infusing coffee with cinnamon sticks in a delicate earth ware that brings out the aroma of the day. As a passerby, you can easily tell which home is brewing coffee. Don’t be afraid, walk in and have some. The Mexicans generosity is out of this world.

Coffee In The Land Of Whiskey

I bet this is where coffee shots began. But can you really blame the Irish people? I mean with all the exotic brands of whiskey surrounding Ireland, it was only fair that some guru came up with such ideas sooner than later. Their process entails blending a few shots of whiskey with sugar and brewed coffee. Then it’s topped up with whipped cream. I’m yet to find out where we go wrong because the shots of coffee I had in Ireland don’t taste the same back home. Just make sure you confirm this concept during your Irish safari.

Coffee In The “Kafenion”

In Greece, the elders and the most respected folks in the community meet at the “Kafenion,” small posh restaurants, to chat and catch up with events. They sometimes get pretty congested so don’t be surprised when you drink your coffee while standing. “Frappe” is the traditional coffee with cream combination. The milk is frothed up first before mixing with instant coffee.

Buna In The Country Where Coffee Originated

Guess where we are at now? Ethiopia! Don’t take my word for it, NCA has already closed the origin of coffee debate; Ethiopia took the crown. For that reason, the coffee culture here is extremely diverse. Traditional coffee ceremonies greet you from every corner of the country. If you thought your commercial coffee machines at home are slow, think again. The brewing process in Ethiopia lasts up to several hours. The result is black coffee served with either salt or butter instead of sugar. Before you play the role of a judge here, promise me you’ll have the salt combination one day. I loved every single drop of that combination.

This place deserves a standing ovation. Their women are so loyal. “Kahawa,” which means black coffee in Saudi Arabia, is first served to elders, then men before the women. Disclaimer; this coffee is extremely strong. For that reason, it is served with dates. And mostly, you’ll find the cinnamon spiced kahawa.

That is the Italian way of asking “Fancy a coffee?” If you ever find yourself in Italy, make sure you start your mornings with latte macchiato or “caffé latte.” That means any coffee with milk. Then later in the evening indulge in their famous ”un caffè.” Please don’t ask for an espresso. If you want a double shot of espresso, impress the barman by ordering “un caffè doppio.“ Cheers to the little Italian you just learned.

Café Au Lait In The Land Of Love

I don’t know who concluded that France is the land of love, but what I do know is that you’ll fall in love with their coffee. I also admired the idea of an assortment of pastries accompanying my cup of coffee. However, it made me so full in the morning that I had to skip lunch.

Let’s End In Turkey: The Land Of Fashion

If you think you’ve seen black coffee, I am sorry to disappoint you. Turkey wins in this one. Everyone loves their coffee extra thick and dark. The Turk “Kahvesi” is served in copper pots that resemble my grandma’s antique set. But don’t get me wrong, they look extremely elegant. Remember to grab the candy. Your pallets will thank you after tea.

Despite several advancements in technology, coffee consumption over the years hasn’t changed. People still love to chit chat over a cup of coffee. How do you like your coffee; black or white?

Author bio: Sarah is the editor of wedreamofcoffee.com. Coffee obsessed, she is always writing or learning new things about it. She loves to travel, partly to learn about coffee culture around the world, and of course to indulge in it as much as possible.