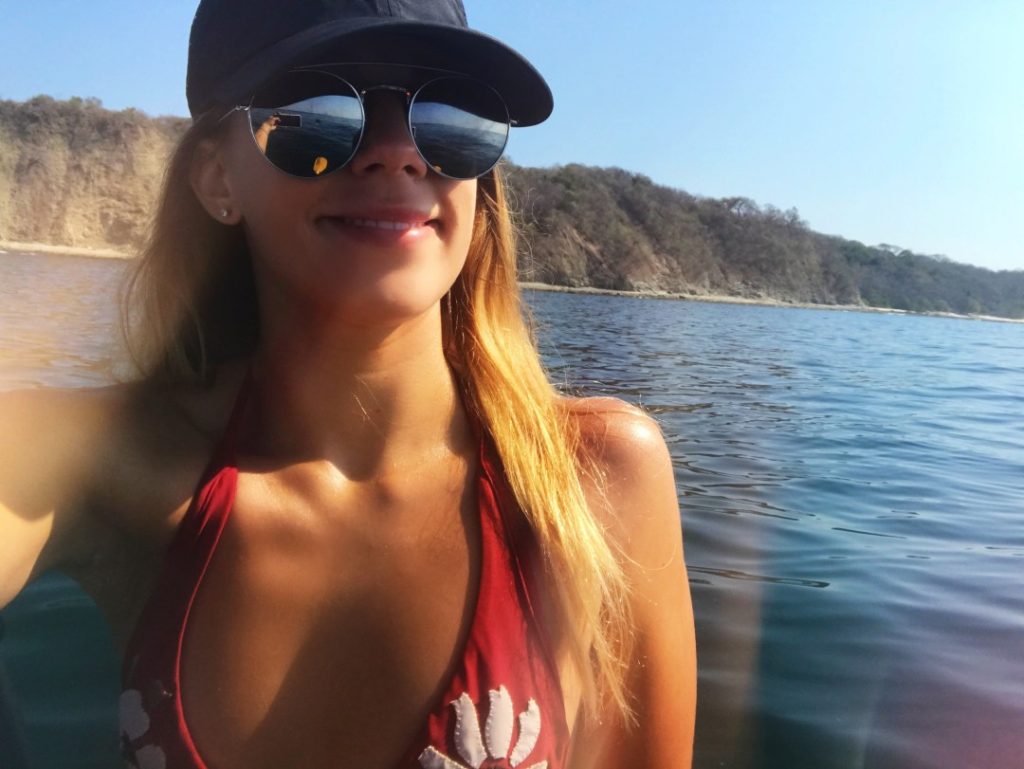 We’re delighted to share our interview with Natasha, a journalist and traveler. She’s the founder of the dont-miss-it.com travel blog:

I’ve worked as a journalist in Canada for the past four years, which I got into because I’ve always had a love for discovering new things and telling stories. More recently, I have been travelling more and doing a bit of my own writing outside of my job. This has led me to creating my site, Don’t Miss It, where I share more personal experiences from my travels, as well as travel tips, and hopefully soon, articles about how I’m making changes in my life to be able to spend more time doing what I love.

Of course, one of the things I’ve come to really love is traveling. I think I love it so much because there is so much unknown involved. Often you don’t know where you’re going, but that tends to be when you discover something really beautiful or have an experience you’ll always remember. I also love learning about different cultures, and  meeting locals who can tell me all about their way of life. I think experiences like that help to unite us because even though we may come from such different backgrounds, often we can find common ground and eventually that leads to a better understanding of each other’s cultures.

Can you tell us something about the culture in your country?

Canada will always be home to me. I’ve lived in the United States, and for a short while in Europe, and I’m even considering moving overseas right now, but no matter where I go or for how long, I will always consider Canada my home. And I always think that eventually, I will end up back here when I’m ready to settle down. I think it’s because ultimately, my friends and family are most important to me. I may be more focused on my career and exploring the world right now, but I have a hard time staying away from those I love for very long. Also, the city I’m from (Vancouver) is incredibly beautiful, clean, and always evolving. We have a diverse culture, the ocean, and the mountains, so really, I couldn’t ask for more.

What surprising aspect of culture do you love about your country that travelers may not be aware of?

I think most people recognize Canadians as being very kind, but I would also say that, especially in Vancouver, the people are also very accepting. Whether you come from a different religious background, have different cultural practices, or maybe you are part of the LGBTQ community, or maybe you’re not, whatever works for you (as long as it’s not harming others) I find most Vancouverites to be very open, understanding, and welcoming.

This may seem strange to those who haven’t been to Vancouver, but I actually think sushi is very representative of the city! Some of the best sushi I’ve ever had has been in Vancouver, and there are sushi places on almost every block in some areas. This is because we have such a large Asian community in Vancouver. Also, Vancouver’s on the coast so we get lots of fresh fish!

Canada has so much to explore. It’s such a large country with such varying landscape so you can go from swimming off one of the many islands along the coast of British Columbia to skiing in the Rocky Mountains. Then if you continue to head east you hit drastically different geography with the flat prairies, and then eventually the Great Lakes before you finally end up back on the coast. All along the way you’ll find differences in the cultures, the food, the way people live…it’s just such a diverse country.

Talk about the role of family in your life. What does family mean to you? Which family values are valuable to you?

As I mentioned before, family is incredibly important to me. It’s the reason why no matter where I travel I will always come home eventually. At the end of the day, my family is always going to be there for me. My parents have always been the ones I can trust and count on no matter what, and that kind of relationship is irreplaceable so it’s not something I will ever take for granted.

I am not a religious person. I believe in being kind to others, being appreciative of what you have while you have it, and living as presently and fully in each moment as you can.

I love that we have two national languages in Canada (English and French), but sadly, I do not speak French fluently, and on the west coast of Canada (and in the prairies) most people don’t. It’s only really in Quebec that you’ll find entirely French-speaking communities. And rather than bring us together in Canada, having the two languages has actually been something to sometimes cause separation. C’est la vie.

What local spot in your city/town do you love most? Why is it personally important to you?

I would say my favourite place is the seawall in West Vancouver. It’s incredibly picturesque but I also find it very calming to walk along the water. It’s also something I’ve always shared with my family and the people I care about, so it holds a special place in my heart.

Who is the most inspiring person in your life? In which ways does this person inspire you?

For me, it’s always changing depending on where I’m living, who I’m spending time with, and what they’re doing. But right now, one of my best friends, Maija, is the most inspiring person in  my life. She’s starting a new business, something she’s never done before, and she’s doing it all on her own. She has no option but to figure things out as she goes, and while it can be difficult and discouraging at times, she keeps powering forward with more strength after each obstacle she overcomes.

And most importantly, she really believes in herself and her product, which is so crucial when you are taking a big risk. I’ve been lucky enough to take this journey with her and hear how it’s going along the way. All throughout, I’ve been in awe of her work ethic, how much she’s learned in such a short time, and her bravery in taking this chance.

Have you ever met a stranger during your travels who made an impact on your life? Or, maybe it was you who helped someone else? Share the story!

I’ve been very lucky in my travels. More than once, I’ve met someone who ends up having a big impact on my life. I actually wrote about one of the most recent times this happened on my site, Don’t Miss It. It happened in yoga class in Costa Rica, you can read about it here.