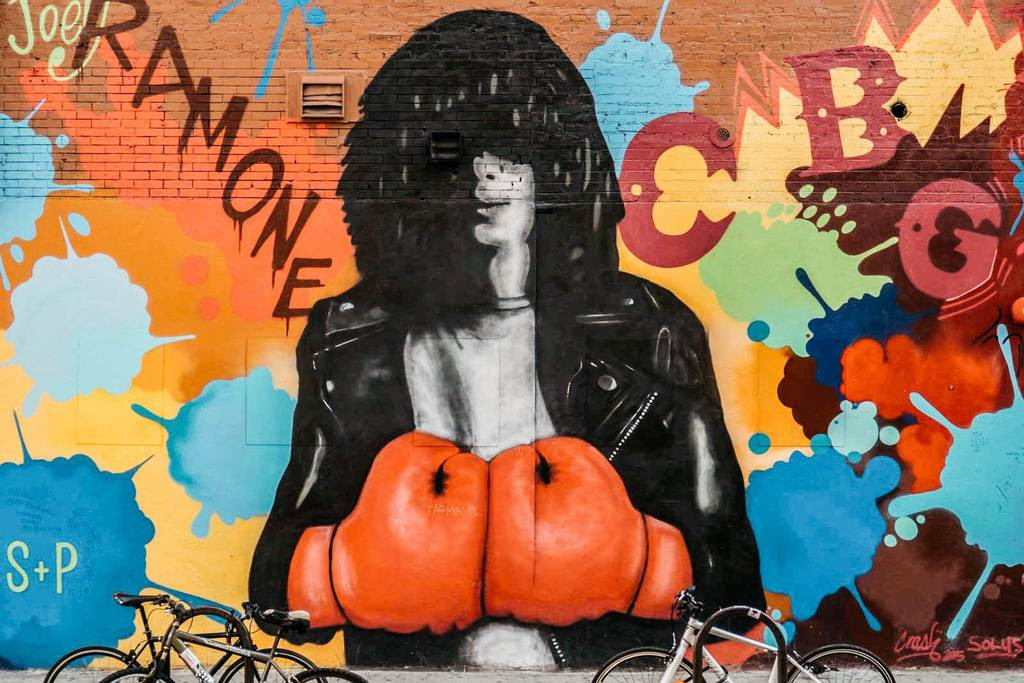 Today’s Culture with Travel post is in partnership with Brian Cicioni, founder of I May Roam and Airbnb’s Ramones Legacy Walking Tour. We’ve partnered with Brian for a special giveaway – scroll to the bottom of the post to enter starting on January 11, 2018!

Ramones and CBGB t-shirts are omnipresent from small towns to major cities. Many of the people I see wearing those shirts are too young to have seen The Ramones, who broke up in 1996 or attended a concert a CBGB, which closed back in 2006. In fact, I’ve had numerous conversations with people wearing those shirts, who don’t know any Ramones songs and who’ve never walked down the Bowery.

Although this was frustrating to me, as someone who owns their entire catalog including live concerts and DVDs, I saw an opportunity. In 2005, I started running food tours in New York City. I love music just as much as food, but when it comes to tours, the two don’t tend to mix.

Most of the important Ramones sites in Manhattan are within a ten block radius, hence, ideal for a walking tour. In late 2017, I started running my Ramones Legacy Walking Tour Airbnb Experience. The reason I chose the Ramones is that, for me, they are the quintessential New York band. All four original members met while attending Forest Hills High School in Queens, and the band members always lived in the city throughout their 23 years as a band. Most of their songs are as fast-paced as New York itself.

Since launching the tour, I’ve had guests from five different continents. In my first month alone, I had guests from cities and countries as diverse as Abu Dhabi, Brisbane, London, Mexico, Thailand, and Toronto. All of these guests have one thing in common: a love for music and a curiosity about the quintessential New York band of the 20th century.

Want to explore more about The Ramones? In partnership with Brian, we’re giving away one free tour in New York City to one lucky winner!