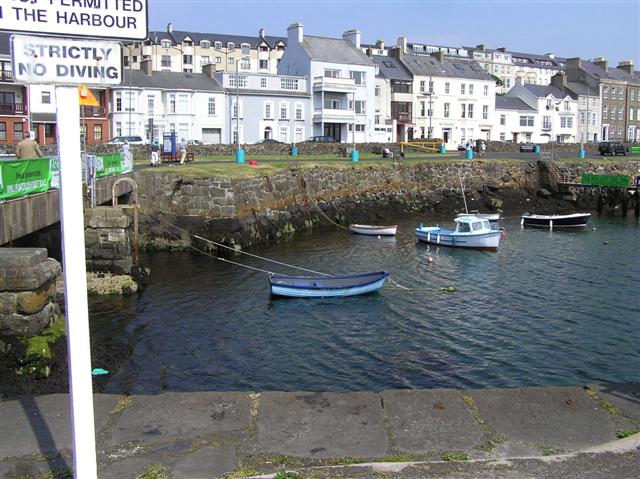 Today’s Culture with Travel post is by Stuart Cooke

Summer is finally just around the corner and so it’s the time of year when many of us will be considering the location of our next summer vacation. Somewhere that might not immediately spring to mind is Northern Ireland. With all the history and attractions that Dublin and the Republic of Ireland has to offer Northern Ireland can sometimes get forgotten by tourists but there is just as much history in the North. And, since the peace process, it has become a booming tourist hotspot that offers visitors a fascinating account of the country’s recent history, both good and bad. So, let’s take a look some local tips on the best sights and experiences to enjoy on your trip to Northern Ireland.

The Seaside Town of Portrush

Portrush is the number one tourist destination for locals in Northern Ireland and it’s always good to go to the places that the locals rate highly. You will probably have herd of the Giants Causeway, one the modern natural wonders of the world with its oddly shaped volcanic rock formations stepped in mystical history and legend. This can be found just minutes away from Portrush but the seaside town itself has plenty to offer with family friendly amusements and theme parks, (Barry’s is particularly popular) and lots of great places to eat and drink. You must check out the Harbour Bar while you’re there, it’s pretty small but its known as one of the very best bars in Ireland and that’s saying something!

In recent years Northern Ireland has become the location of choice for lots of films and TV shows and the most popular of them all is of course, Game of Thrones. You can take a guided Game of Thrones tour which begins in Belfast where the filming studio is located, continuing to the North Coast, through the Dark Hedges and other well-known Westeros locations that all fans will recognise. If you’re out and about Belfast when shooting is taking place, then you might just run into the actors in their downtime.

Stargazing at the Planetarium

Moving down further south you will find the city of Armagh, which is a city by name only as it is in fact quite a small town but as it acts as head of both Protestant and Catholic churches in Ireland it as achieved city status. Armagh is a very beautiful and historic city which makes the fact that it’s home to Northern Ireland’s only Planetarium even more extraordinary. The Planetarium is often open 7 days a week and it provides family friendly entertainment that will excite and educate in equal measures. So, lye back, gaze upwards and be transported to the furthest reaches of the universe in their spectacular star shows.

A Throwback to the Troubles

The Troubles was a period of incredible turmoil with sectarian tension reaching boiling point from the early seventies through to the late nineties. Northern Ireland is not trying to hide its past though, on the contrary they are embracing their new shared communities and exhibiting reminders of the past for all to see to illustrate how far the country has come. Few more sights display the divisions that still exist in a lot of areas of Northern Ireland more than the murals. These are stunning pieces of artwork painted onto the sides of houses in working class areas often depicting sectarian messages of support for both sides of the conflict. The Belfast Murals tour will show you a side of Belfast you won’t see in the tourist brochures, but it is a fascinating insight into the hearts and minds of the local people.

Northern Ireland has an extremely rich history and back up at the North Coast you will find Dunluce Castle, famous for its perilous position on the edge of a cliff. It’s so perilous in fact that one night while a banquet was being thrown in the castle, half of it collapsed into the sea taking with it guests and much of the kitchen staff. A guided tour of Dunluce Castle is sure to get your historical juices flowing and just up the road you will find the famous Carrick-a-Rede rope bridge which is a daunting narrow bridge from the mainland to a tiny fisherman’s island. If you’re feeling brave it’s definitely worth taking the trip and you will be treated to some fantastic views.

Time for A Drink

The Bushmills Distillery is one of the oldest in the whole world which is why it produces one of the world’s finest whiskeys. If you like a “wee dram” then this is the perfect place to come to learn about how whiskey is made, how the distillery as lasted for so long and evolved over the years, and of course there will be an opportunity to have a tasting session at the end of the tour.

Another must on any visit to Northern Ireland is a Belfast pub crawl. Belfast boasts hundreds of fantastic pubs with the upmarket Cathedral Quarter of the city being particularly popular with tourists and locals alike.  A couple of bars you need to call into while in Belfast include The Crowne Bar in the centre of the city, known as the most famous bar in Belfast due to its age and heritage, The Spaniard, a tiny pub full of life, hidden away in the Cathedral Quarter and the Harp Bar a traditional Irish bar where you are sure to have an entertaining night of music, laughter and craic.

Belfast is famed for being the city that built the Titanic in 1912 and there is an entire Titanic Quarter in the city dedicated to its memory. You will find a Titanic visitor’s centre with state of the art facilitates including museums and guided tour and just a few minutes’ walk down the road you will find the newly opened Titanic hotel which boasts beautiful bespoke rooms in a range of different styles. There is a melancholy element to the Titanic tours given the fate of the huge ship but that’s what make the museum so fascinating, helped in no small part by the huge success of the movie which has inspired people to find out what it was really like to be on the ship with all its splendour and what it would have been like when it was sinking.

Stuart Cooke works for Uni Baggage, a luggage delivery service located in the heart of Belfast. He loves exploring all that Northern Ireland has to offer and is happy to show tourists a side to the country that they might not have expected to see.

Previous Posts Ethan Russell: Traveling with The Rolling Stones, Beatles & The Who
Next Posts The Royal Robbins Story + A Special Giveway