Ethan Russell: Traveling with The Rolling Stones, Beatles & The Who 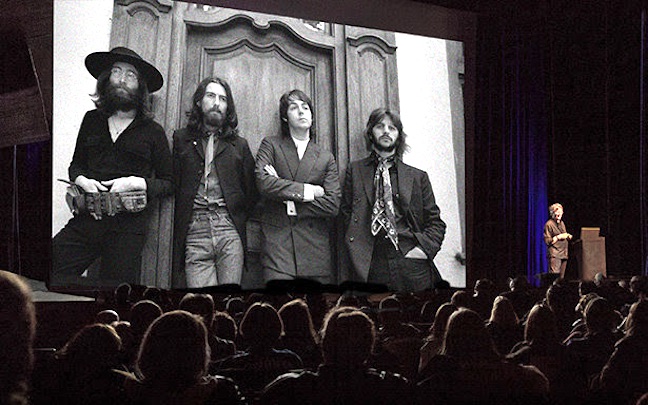 Traveling With The Rolling Stones, Beatles & The Who; Photographer Hosts Exhibition In Los Angeles

A big part of the California lifestyle is music. And with the Sunset Strip and its legendary venues, being the birthplace of too many bands to name and a scene that continues to thrive throughout this vast city, Los Angeles was and still is the rock music capital of the world.

Yet the music scene here goes far being bands and bars – it extends to the people who capture the images that stamp the moments forever in time. Occasionally, the photographers who followed the rock legends put on displays in Los Angeles, such as is the case with Ethan Russell’s “Best Seat In The House” event being held Saturday, April 28 at the Luckman Center in L.A.

Actually, the complete name of the exhibit is “Best Seat in the House: True Stories & The Pictures To Prove It” and it comes from the man who lived it. Russell was the Rolling Stones’ photographer for the band’s landmark 1969 North American tour and later went on tour with The Beatles and The Who. He not only has the pictures to prove it but the stories as well, both of which will be on display during the event.

How’s this for a tease? “The last thing John Lennon said to me was….”

Tickets are $30, $40 and $50 and are available via Ticketmaster and the Luckman Box Office.

“The exhibition covers my journey and so includes The Beatles, The Rolling Stones, The Who, John Lennon, solo and John Lennon and Yoko falling in love, Linda Ronstadt, Jerry Lee Lewis, The Eagles, and others,” Russell explained. “But it’s presented in an unusual way.

“There are also two to John and Yoko. Two are devoted my Los Angeles years including Jerry Lee Lewis and Linda Ronstadt (“Hasten Down the Wind” and “Prisoner in Disguise.”)  Nothing is behind glass, and the sizes range from 11×14″ to 3×4 feet.  I particularly like that they’re not behind glass because you can approach so closely, without reflection, and the different scale works tremendously to engage the viewer.

“A portrait photograph of John Lennon is larger than life size.”

This event also showcases one of the great benefits of living in Los Angeles. It enables you to get a behind-the-sscenes look at legendary musicians and bands along with stories from someone who was there with them, and these types of exhibits are fairly common here when you extend it to celebrities, politics and other major events of life that are otherwise very distant to the average person.

And now, here’s the end to that tease earlier in this post: “‘John Lennon’s last words to me (I was directing the footage of him in Central Park for “Woman”), when I asked if I could get a picture with him, was to say ‘sure you should hold on to your memories. They’re all you’ve got.’ ”

The Luckman Center is located at 5151 State University Drive In Los Angeles.

Kevin Wilkerson is the publisher of the travel, lifestyle and nightlife website PubClub.com.