A Shakespearean Cultural and Dining Experience in NY 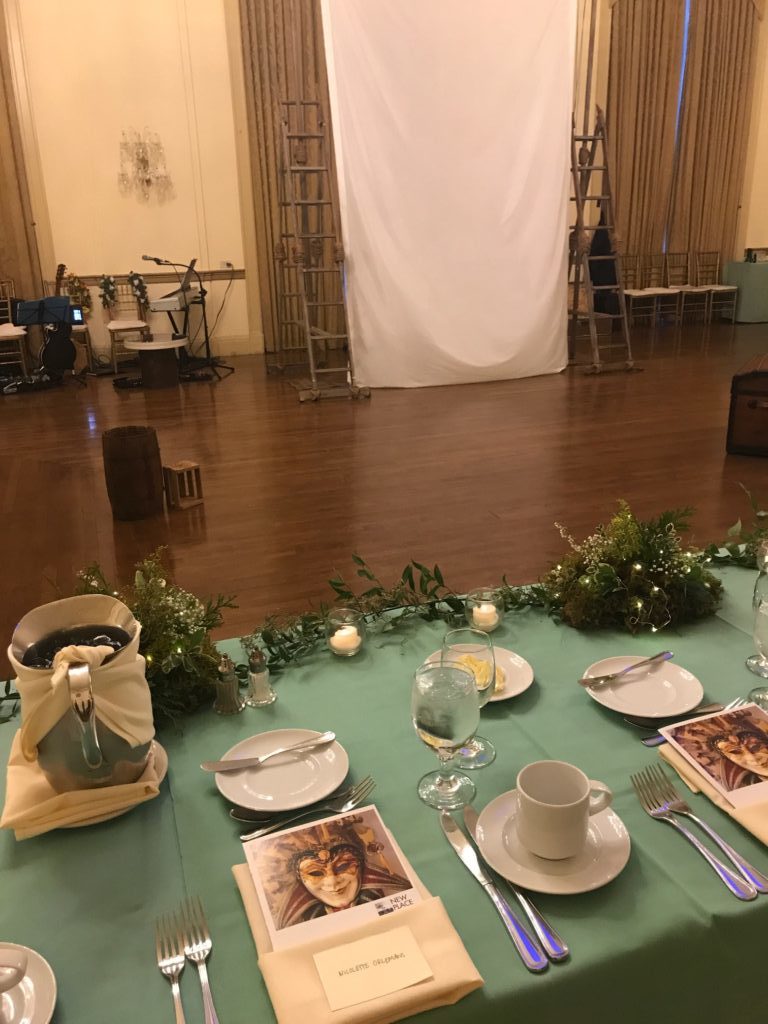 Today’s post is by Culture with Travel founder, Nicolette Orlemans

He found the individual scenes so “well enacted” that he wanted to share them more – and that’s what inspired the idea for a different, experiential way to showcase Shakespearean works. As Craig explains, he invited a “few guests, added live music, cooked buffet-style food with French wine, and the guests enjoyed “a taste of the Bard.”

Fast forward to a year later in 2013, “we were a small LLC performing Twelfth Night in a historic Brooklyn brownstone for 22 guests with my childhood friend and master chef Max Hansen providing a simultaneous multi-course meal,” Craig adds.

Craig is referring to the New Place Players, a traveling, experiential troupe that connects theater and dining in an intimate setting.

The Tempest from New Place Players on Vimeo.

“Dining with Shakespeare: A Gourmet Production in Three Courses”

When I was invited to “dine with Shakespeare,” I didn’t hesitate and was excited to see the night unfold. As described by Flavio, Craig’s assistant, over email, I was told I could expect “Shakespearean plays combined with a gourmet feast, hoping to revive the intimacy of an Elizabethan production.”

Stepping into 3 West Club, I made my way upstairs in anticipation of the play’s start. While we waited to be seated at our communal tables, there were plenty of hors-d’oeuvres and a selection of wines to go around.

The evening would go exactly as Flavio described: with a fun, communal atmosphere, in an intimate setup as actors performed at arm’s length, and a feast of courses to complement the play’s acts.

Next to me at the communal table were lovely theater enthusiasts – one a friendly, well-traveled actress, another a woman who talked about her travels in Italy and connection to the plays, and a young guy who writes about art & culture for multiple well-known publications.

Throughout the evening, we bonded over The Tempest, wine and food, art and culture, travel and more, and that’s precisely what made it such a uniquely, memorable time: it was a highly immersive evening of theater and food that sparked many conversations. When I used to think of Shakespeare, high school class readings and (Central Park) performances came to mind, where you certainly read Shakespeare, but don’t quite experience it in a lively, cozy setting as you would with the New Place Players.

In between acts, you enjoy a multi-course gourmet menu designed by chef Max Hansen (paired with delicious wines) that also compliments the play. As Flavio mentions, “since The Tempest takes part exclusively on an island, Max and Craig chose with our Island Fare menu, to highlight seafood, wild mushrooms, and game,” says Flavio.

“Simply for the fun of it, we ascribe character’s names to certain dishes. Is it really Shakespearean? Absolutely not, but it complements the play and provides for a fabulous journey of the senses,” adds Craig.

You may be thinking, “But, Shakespeare is complicated, and I can’t always understand what’s being said. How will this be different, and will I get any of it?”

Rest assured, the fifteen cast members – talented actors and musicians ­– capture your attention and transform how you view Shakespeare.

As Flavio adds, “Because the shows are so theater-based, most our audience is usually a fan of the bard and enjoys the poetry. But, even with some people who’ve come for the mere experience–not necessarily or particularly for Shakespeare – they have told us they were quite surprised at how easy and clear it was to understand his words! We really believe it’s a different experience which caters more directly to the emotions in the play because of the intimacy and connection between the actors and the audience–in such a setup (where the fourth wall is but eliminated)–and the rather physical theater we tend to do.”

Whether you love Shakespeare or are curious to watch Shakespearean works in a new light, I highly encourage you to spend your evening with the New Place Players. It’s a culturally immersive evening of theater, good food and wine, and interesting conversations that you won’t easily forget.