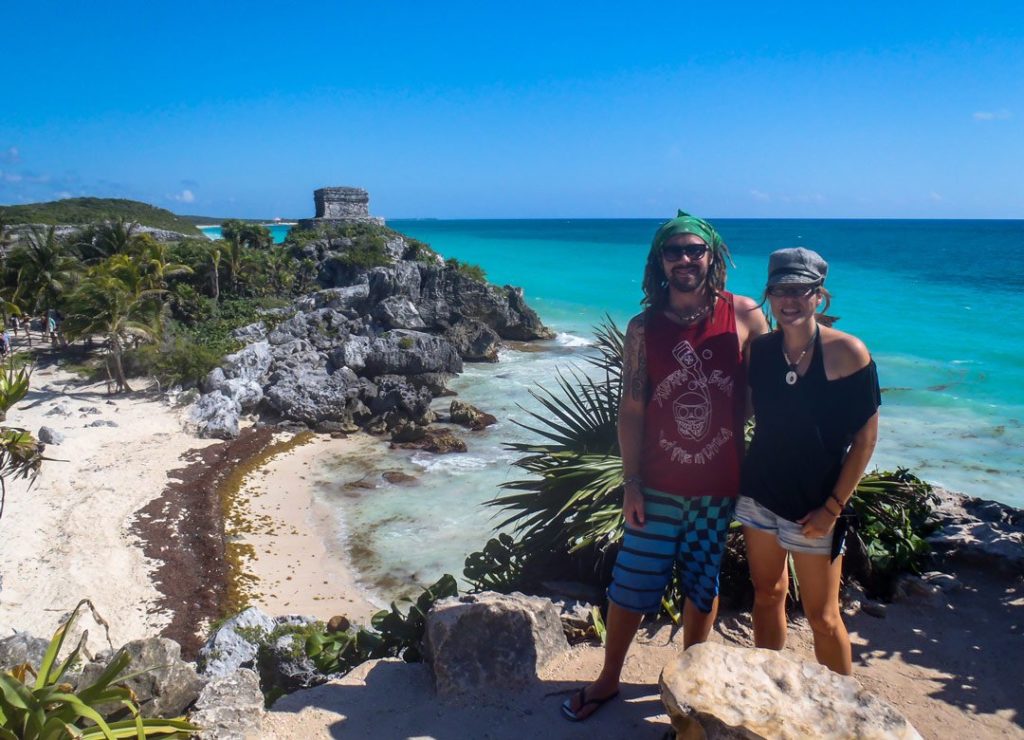 We’re Alesha and Jarryd, and we run Australia’s biggest adventure travel blog, NOMADasaurus. We’ve been travelling the world together for over a decade, searching for adventure and culture in off the beaten path destinations. We travel to be inspired by the people we meet, the cultures we learn about the landscapes we see. Travelling has the ability to break stereotypes and bring people together. Nobody is the same having returned after exploring the world.

The modern Aussie culture isn’t as old or intricate as many others around the world (an important note, we are not talking about Aboriginal culture, which is fascinating and deserves its own thread, and we are not fully qualified to discuss), but one thing we do love is the concept of mateship. Looking out for your friends and supporting them through the good times, and the bad, is important, as is trying to get along with most people, and Aussies do this well.

Australia doesn’t really have any typical dishes, but it’s hard to beat a good Aussie barbecue!

The closest thing our families have to customs and traditions is getting together for Christmases. Neither of our families are religious, but we use this holiday to catch up, eat, drink and be merry every year. Family is very important to us, and because we travel pretty much full-time, it’s the one constant we have whenever we return to Australia.

We’ve always had a fascination with indigenous art from around the world, and one particular style that means a lot to us is the totems and carvings of the First Nations people in Canada. We spent three years living in Canada and grew a deep love and respect for the nation and its people.

As we learnt more about the culture, we delved into First Nations art, and ended up hitchhiking to a small First Nations island north of Vancouver Island to spend time with the locals and receive traditional tattoo. Their stories of animals such as the raven, the bear and the orca have always had a lot of meaning to us, and I was quite honoured to receive these emblems as a tattoo on my arm.

Languages not only give us the power to communicate but also can unite us across cultures. Share a favorite saying you have, or teach us something in your native language.

A few of our favourite sayings are, “To defy the laws of tradition is a crusade only of the brave”, “If you don’t work towards building your own dreams, someone will hire you to build theirs for them”, and “Life’s good until it gets better”.

We have met countless people on the road that have had huge impacts on our lives, but one particular person is a homeless man named Brendan we met in St John’s, Newfoundland.

We had our van parked up at a park and were making lunch when we saw a homeless man going through the bins. We had a few extra blankets in our van, and called out to the man to ask if he needed them. He refused, saying that winter was around the corner and we should keep them for ourselves. After his continuous refusals, we asked him if we could make him lunch, to which he thanked us and came over to join us.

We chatted for over an hour about life, politics and social welfare. He was an intelligent man, clean of drugs and alcohol, and had suffered a run of unfortunate events in his life which pushed him onto the streets. Towards the end of our chat we asked him his name, and tears formed in his eyes. ‘Brendan”, he said. “Nobody has asked for my name in over 3 months.”

He parted ways with us, refusing the little money and food we could offer him, and sincerely thanked us for treating him like a human rather than a delinquent. It was an important lesson for us to treat everybody equal, no matter their appearance or background, because at the end of the day we are all just humans trying our best to make it in this crazy world.