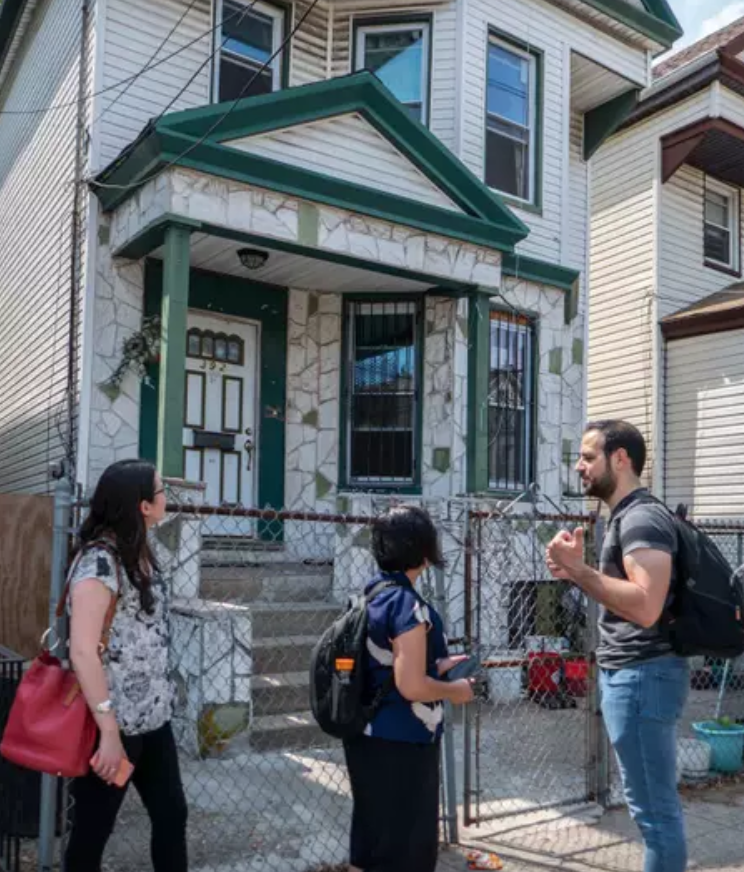 Today’s Culture with Travel post is by our founder, Nicolette Orlemans

“As far back as I can remember, I always wanted to be a gangster.” – Henry Hill, Goodfellas

You may remember that opening line from the 1990s classic mob film, Goodfellas, starring Robert DeNiro, Joe Pesci and Ray Liotta. While I haven’t seen it in years, I was curious to learn more about its history, and the real-life stories of the people who inspired Goodfellas.

So, when Brian Cicioni, founder of I May Roam and Airbnb’s Ramones Legacy Walking Tour announced that he’d be running a Goodfellas tour, I was excited to join. I’d learned so much when I joined Brian’s other Airbnb tour focused on the Ramones. I knew we’d be in for a great Goodfellas tour. Our tour would take us to film and real-life locations in Brooklyn and Queens.

This particular stop along the Gowanus Canal marked the movie scene between Karen and Jimmy Conway where Jimmy tries to get Karen to check out some stolen dresses.

After he showed us the scene on his iPad, Brian led the way to East New York for the next part of the tour.

Pine Street was the real childhood to mobster, Henry Hill. While some of the movie’s scenes were actually filmed in Astoria, Queens, Brian took us to Henry’s boyhood home on Pine Street. Living in East New York, Brooklyn– this residential neighborhood has been plagued by high crime rates, poverty and widespread drug addition since the 1950s. Henry was living in East New York right at the height of crime.

Brian explained that Hill admired local mobsters who socialized near his home, and started working at the Pitkin Avenue Cab Company in his early teens. From there, Hill began connecting with local mobsters and getting into all sorts of crime: arson, theft, and more.

Interesting side note from the film: Presto Pizza (the scene where Henry witnessed his first shooting) was also in the East New York area.

Henry’s life was first documented in the book, Wiseguy: Life in a Mafia Family, and later adapted into Goodfellas.

After being arrested in 1980, Hill would eventually become an FBI informant, helping to convict 50 other criminals. He signed on to become an FBI informant to avoid being killed by his former mob crew or going to prison. Also in 1980, Hill and his family entered the Witness Protection Program. They lived in various parts of the country. Funny enough, it’s reported that Hill had a tough time not revealing his true identity (while drinking/high), and had to be relocated several times before finally being expelled from the Witness Protection Program.

Robert’s Lounge in South Ozone Park, Queens, was once the crime-family headquarters owned by Jimmy Burke (Conway in the movie) until the Lufthansa heist. Now, it’s a Caribbean restaurant and karaoke bar.

As Brian explained, the heist was planned in this building, cargo workers from JFK airport gambled at Robert’s, and the shooting of Spider (Michael Imperioli) was said to have taken place in the basement. Henry Hill referred to Robert’s Lounge as a “burial ground,” after several of Burke’s associates mysteriously disappeared.

After diving into interesting crime history and visiting some of the key sites of the Goodfellas, it was time for a break. We traveled to neighboring Richmond Hill in the south. Brian brought us to Sweet May’s bakery to meet Mavis, a baker who shared her story of getting to South Richmond Hill, Queens by way of Guyana and London.

Originally home to European families, Richmond Hill’s makeup has changed over time. In the 1970s, it was predominantly Hispanic. Nowadays, Richmond Hill boasts a diverse population and it’s also known as Little Guyana, thanks to its large Indo-Guyanese population.

Neir’s Tavern in Woodhaven is the last stop on the tour. It’s also the setting for the movie bar scenes after the Lufthansa heist. Today, Neir’s is considered the oldest bar in New York City, dating all the way back to 1829! Nowadays, the bar’s walls are adorned in Goodfellas memorabilia.