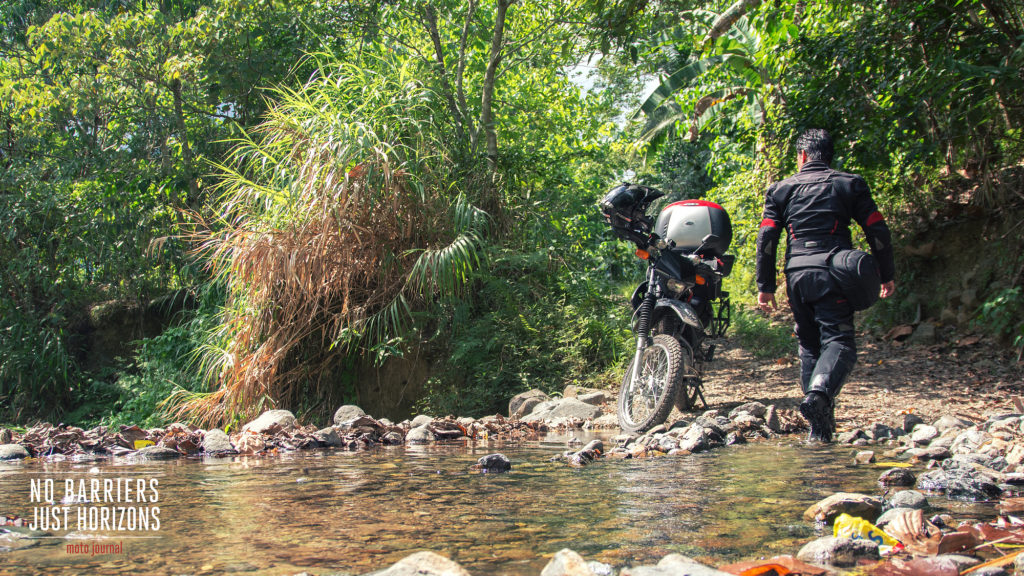 This Culture with Travel interview is with storyteller Marvin Geronimo of No Barriers Just Horizons, a collection of experiences encountered while traveling the Philippines on a motorcycle

Tell us a bit about yourself!
I’m Marvin Geronimo, a graphic designer from Manila, Philippines. I love to document and travel via motorcycle. I run No Barriers Just Horizons, which focuses on rides, reviews and real stories that I encounter when I am traveling.

Why do you love travel?
Mainly to learn. Everywhere there’s always a different story, and every story has some form of wisdom in it. That is what makes me want to travel again and again… each place and each person has something to teach you.

How do you think travel unites us or teaches us more about the world?
It teaches us that, at our core, we are really not that different from each other. What makes you sad or happy is pretty much the same as everywhere else, but different places and different people have different approaches on how they handle it. I think that kind of wisdom is what you can take from everyone you meet. I think that drive to learn is what unites travellers.

What surprising aspect of culture do you love about where you’re from (your specific town/city) that travelers may not be aware of?
Where I’m from, we curse a lot… but not as a sign of aggression or anger. It’s a sign that we are extremely comfortable with the person were with–the cursing is sometimes done in a very joyful and playful manner. So, if you are with someone from the place that I grew up in and they curse a lot while they are with you, it must mean that they are extremely comfortable with you around.

Share about a custom/tradition you observe, and talk about the role of family in your life. What does family mean to you?
My family means a lot to me. We’re very pragmatic and simple. Growing up, I was never really encouraged by family to travel. Coming from a moderate-income family, travel is often viewed as a luxury rather than a necessity for us. Like most families in that income bracket, instead of traveling, money is seen as better spent on education and other necessities. I always mention this when I do talks in schools, because I think a lot can relate to it. Hopefully, my story could encourage people to travel and look at travel as a form of education.

Languages not only give us the power to communicate but also can unite us across cultures. Share a favorite saying, or teach us something in your native language.

I hope I don’t sound conceited for this quote, because I came up with it. “Travel not just for the place, but for the people, too.” Much of travel social media posts that I see revolve around the person traveling and very little focus is on the locals. I hope this quote encourages travelers to engage with the locals who help them experience the place. More often than not, the locals’ stories are as magnificent as the place travelers are visiting.

A lot people shy away from traveling to an island South of the Philippines called Basilan. It’s known to be a place where rebels and terrorists have kidnapped and beheaded others. Most people who travel there go announced, or go with security detail.

I went there out of curiosity even though I didn’t know anyone there, which made the trip a bit more dangerous than usual. But, all of that changed when a series of events happened.

One person at the port was so concerned for my safety that he introduced me to one guy, and then that guy introduced me to another. I ended up meeting the most amazing woman that I have met in my life, she was Dr. Aryln Jumaw-as. She’s a doctor and a city councilor, who travels to Basilan from Zamboanga every day– even though she knows the dangers that she faces there–just so she can help children of war in Basilan.

While we were en route to Basilan, she showed me a photo of a child smiling. She got teary-eyed as she told me why she visits Basilan every day.

While traveling I usually take portraits of the people that I meet, but this time, but I had to set aside my camera, so I wouldn’t spoil this moment. I ended up not being able to take a portrait of her, but I promised her that I will come back and do that someday. She is one of the most selfless people that I’ve met.