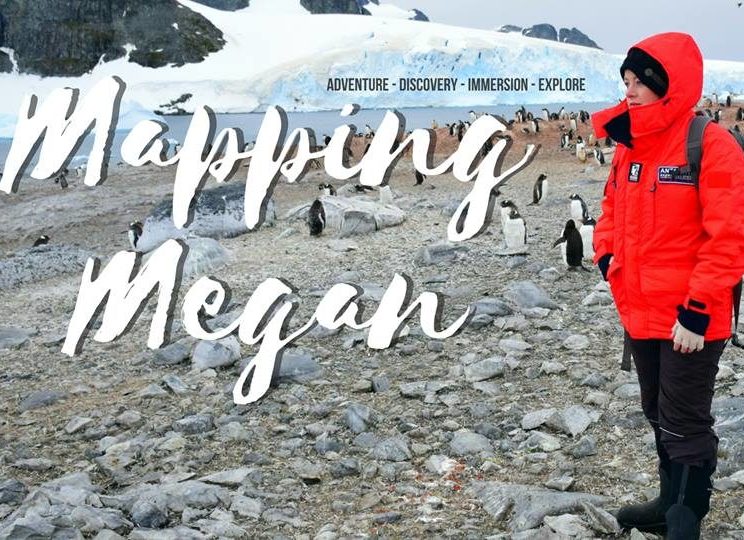 In this CultureTrav interview, we talk to Storyteller Megan Jerrard of Mapping Megan

Sure! I’m a 30-year-old travel addict and adrenaline junkie from Australia, with an incurable disease called “the travel bug”. I’ve been traveling since I was 18, back in 2007. I started traveling for the adventure, adrenaline and excitement. And it didn’t take me long to realize I wanted to see the world in living color as opposed to watching it on a television screen. I wanted to actually feel, taste and experience the world instead of settling for the version I was reading in books.

As I started traveling, I found myself thrust into new environments, immersed in entirely new cultures, hearing the English language spoken with an unfamiliar accent; and I realized this feeling of new discovery was what I wanted out of life.

I think travel has the power to unite because it shows us that we’re all human, no matter what background, or race, or religion; no matter your gender, culture, or the color of your skin. The world today is incredibly divided, but travel allows us to break down those cultural divides and put a human face to another culture, and that’s where we need to start if we ever want to truly start thinking about something like world peace.

What surprising aspect of culture do you love about where you’re from that travelers may not be aware of?

As far as Australian culture goes, English is our native language, but don’t be surprised if you get here and you can’t make sense of what we’re saying!

Australian slang is a very special branch of the English language – we typically shorten words where we can; ‘Australia’ becomes ‘Straya’ for example, ‘McDonalds’ becomes ‘Maccas’, ‘Melbourne’ becomes ‘Mel-bin’. We call both short shorts and small beer bottles “stubbies”; a “gimp”, “bogan” or “geezer” is a random idiot; and someone in trouble is in “strife”.

We know how to abbreviate every word, all of which usually end in -o: arvo, combo, garbo, metho, muso, rego, servo, smoko, speedo, righto etc. And we put the word ‘bloody’ in front of something when we REALLY mean it.

Which dish do you feel best represents where you’re specifically from?

In terms of a dish that is representative of Australia, you can’t go past Vegemite on toast for breakfast, and a meat pie for lunch … with tomato or BBQ sauce (the pie, not the toast) … and don’t even think about eating that pie with a knife and fork. We’ll remove you from the country.

Because Australia is so deeply multicultural, we really don’t have any national customs or traditions that the whole country observes. A Christmas barbecue would probably be the best example; Christmas in Australia is the middle of summer, so it’s typical to throw snags (sausages … see, I warned you about our slang!) and ‘shrimp’ (which we call prawns) on the barbecue, and enjoy a day with the family who are all wearing singlets, shorts and thongs (sandals. I’ll keep translating for you, don’t worry!).

Family is an incredibly important part of my life, as I believe it is for most Australians. The country as a whole has a really strong sense of community spirit and family values at its core, and that’s how I grew up.

Art and dance can tell a deeper story about local culture. Tell us the story of a specific artwork or dance that has a meaning for you.

As more of a casual art observer, I don’t have a specific piece of work I would be able to recall, but the street art scene in general in Australia is a really fantastic way of gaining insight into the local culture. The vivid murals which line the backstreets of cities like Sydney and Melbourne have some really incredible stories to tell, from documenting the history of Australia, to making statements about issues facing the local community.

The National Portrait Gallery in Canberra is a fascinating visit as well; it displays a collection of portraits of prominent Australians that are important in various fields, or who have made a significant cultural and / or historic impact on our society.

Languages not only give us the power to communicate but also can unite us across cultures. Share a favorite saying you have.

A very Australian saying, and my favorite, is “No worries, mate, she’ll be right”. This basically means that everything will be OK, and whatever is wrong will right itself with time.

Sure have! I was flying home to Australia from the States and was seated next to a gentleman named Gary Arndt on the plane. I struck up a conversation to be polite, and as it turns out, this instance of “general chit chat” with the passenger seated next to me completely changed the course of my life!

I was in absolute awe of this man who had sold everything he owned to travel the world full time. Not only that, but companies and brands were actually paying him to document his experiences on his blog, and he was earning a full time income!

My first thought was “why didn’t I know that this was a thing”, and my second thought was if this guy sitting next to me can do it, then surely so can I! At that time I didn’t realize that Gary Arndt was one of the most successful travel bloggers in the world, but it ignited a determination within me that I was going to achieve the same. And I did! This chance meeting / conversation with a stranger inspired me to turn my hobby blog into a professional full time income.

I think it’s easier to chase “impossible dreams” when we see firsthand that it can be done. When we can say “I’ve met someone who actually does that for a living” or “I know a guy who does that” it helps us visualize the goal, makes it easier to believe we can do it too.