Why The Holidays In L.A. Are Different Than At Any Other Destination 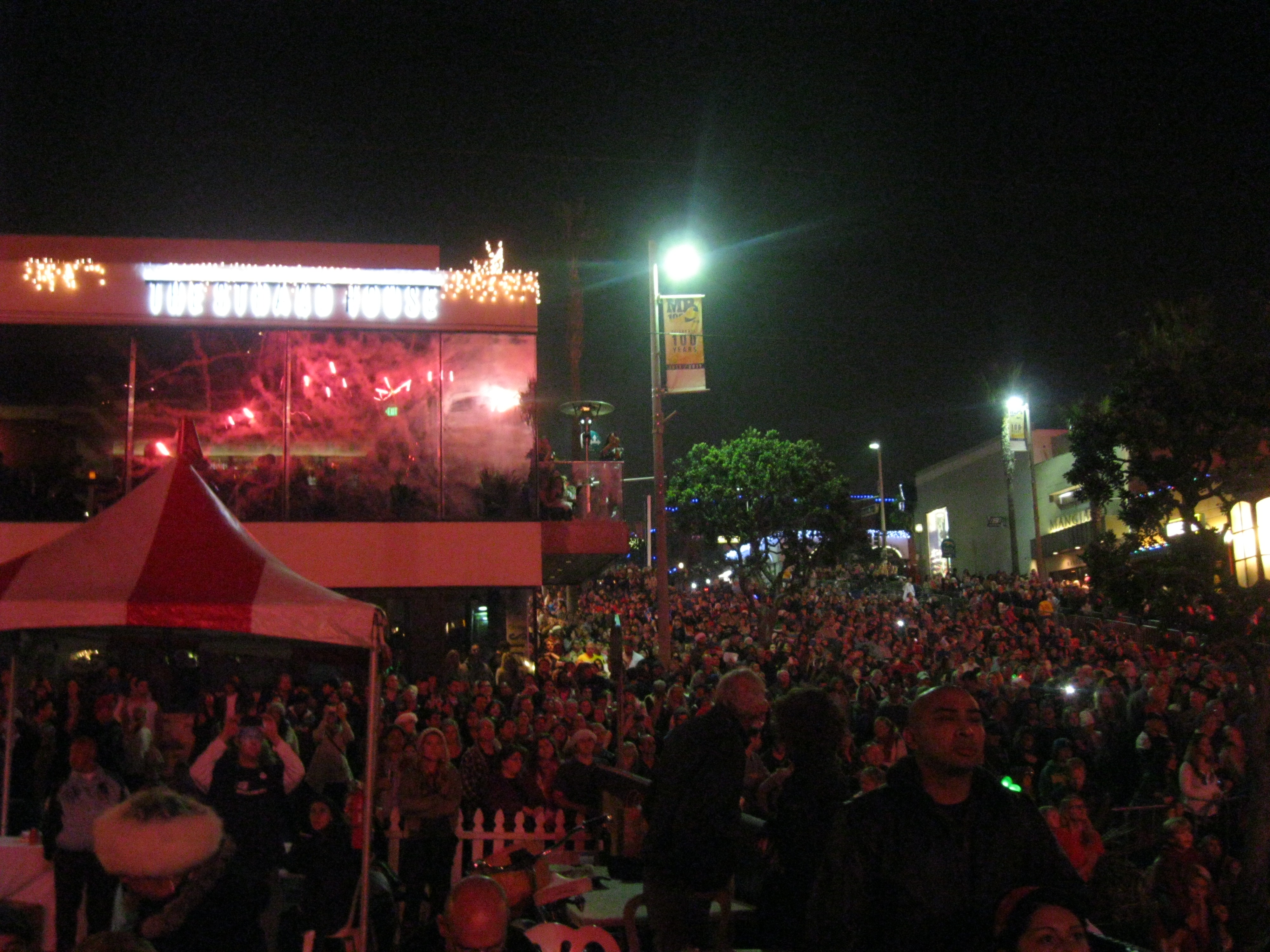 In Europe, there are Christmas markets.

In most of America, there’s festive holiday shopping, Santa in malls, decorations in storefront windows and snow-filled streets.

Here in Los Angeles, we have pub crawls and boat parades, holiday strolls that turn into drinking events for singles, even a fireworks show.

Life in Southern California is different than anywhere else on the planet, and this is perhaps best exemplified during the holidays.

When I first moved here from the Southeastern United States, it took some effort to get into the holiday spirit. After all, it’s 70 degrees and sunny when you go Christmas shopping and Santa Claus wears shorts.

I had always been accustomed to putting on a heavy coat, driving in miserable and freezing weather and sloshing into a shopping destination where the seasonal spirit was warmed with holiday music and stores full of decorations. Here, I wish I had a convertible.

To compensate, Los Angeles – and its Beach Cities where I live, in particular – make up for this by holding a succession of events that make office parties seem dull by comparison. While L.A. may lack some holiday spirit, it sure doesn’t lack anything when it comes to holiday spirits.

Chief among these is the holiday fireworks in Manhattan Beach. This takes place the second Sunday of December and features a spectacular show set to holiday music. You might think that this small town might just throw up a few puffs of smoke and call it a show but these are New York City, New Year’s Eve-worthy fireworks.

Some 10,000 people turn out for it, sitting on the blocked-off streets in beach chairs, standing on the sand and lining the beach-front walk path. Nearly very resident has a house party and the bars are so full your best chance of getting into them is knowing the owner and having him take you in the back door.

Fortunately, I know the owner of the most popular of these, Shellback Tavern.

In addition to the fireworks, several cities (including Manhattan Beach) hold holiday strolls. While this may sound innocent enough, they are really singles party festivals disguised as an evening shopping spree. Singles go from shop to shop looking for places pouring wine or other alcohol, a kind of pub crawl without the pubs.

And speaking of pub crawls, there’s the 12 Bars of Christmas in Hermosa Beach – which is just what it sounds like, going to 12 bars in a single night – and two Santa pub crawls the same day down the coast in Newport Beach.

Newport Beach also holds the world’s largest boat parade. It’s so big it lasts nearly a week (Dec. 16-20 in 2015). But there are also several other boat parades, as well, in Long Beach, Redondo Beach and Marina del Rey.

Then, of course, we have holiday house parties.

Most of these events take place during a two-week period, so we’re constantly going out night after night after night. As an example of what it’s like, here’s my party schedule for one typical December weekend:
• Thursday – Friend’s annual singles party at a rented beach cottage
• Friday – 12 Bars of Christmas pub crawl
• Saturday – Boat Parade
• Sunday – Manhattan Beach Fireworks

So we may not have snow, Christmas markets or much of a traditional festive look and feel to the holidays here in Los Angeles.

But we sure do have a good time.

Kevin Wilkerson publishes and blogs for PubClub.com. He resides in Hermosa Beach, CA, a place that’s always in the festive spirit(s) of things, no matter the season.

Previous Posts Funeral Rites
Next Posts Holiday Traditions in Denmark vs. in Canada