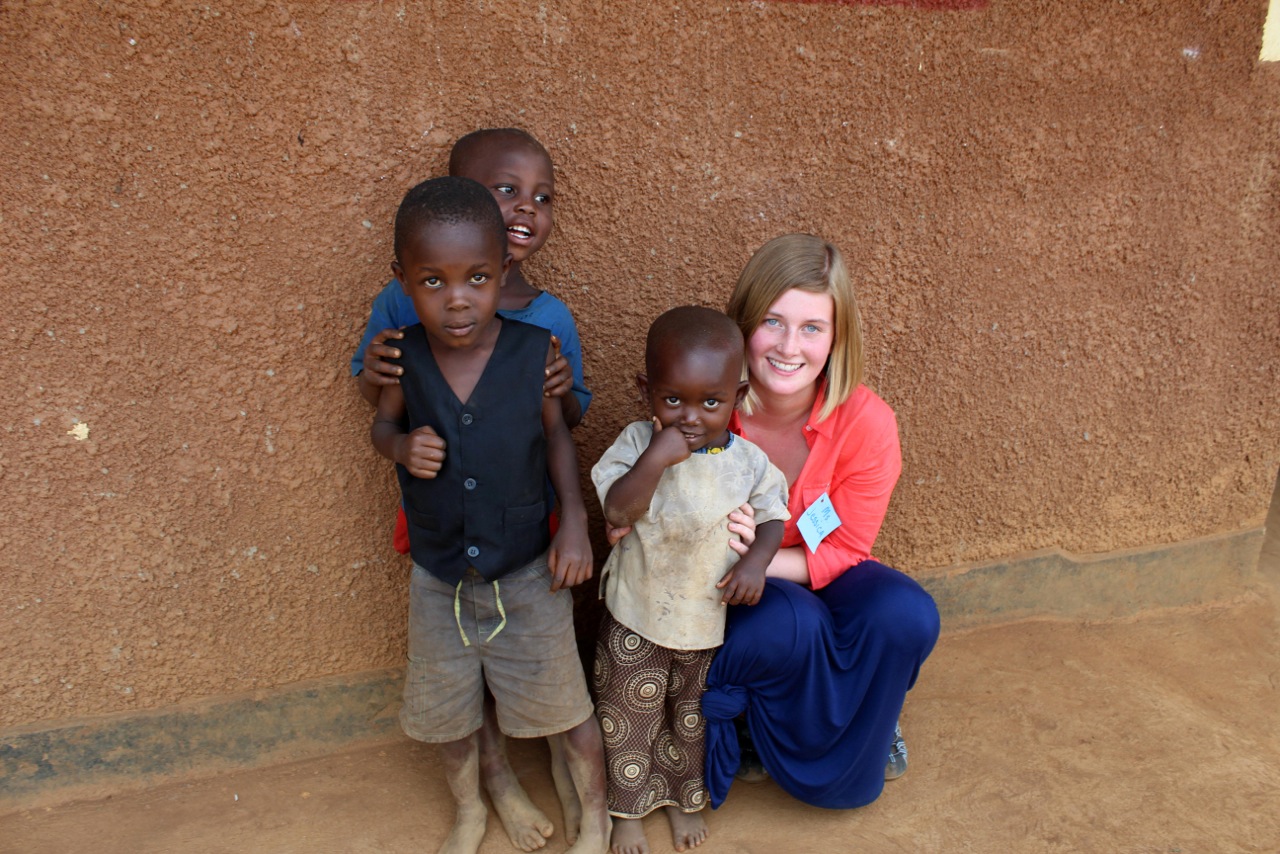 This guest post is by Tanner Knorr, of an interview conducted on January 9, 2016.

Experiences and advice from Jess Hutchings volunteering abroad in Uganda

Jess didn’t know why exactly she wanted to go to Uganda, but she was definitely excited.  She was excited for the unknown, but didn’t know what to expect.  Her father had traveled to Africa when he was younger, so perhaps a little of her desire was to follow in his footsteps.  In her high school years, Jess participated in a student ambassadors program in Japan, but this experience, she said, couldn’t have prepared her for the foreign culture in Uganda.

“You want to pack a smaller bag you can carry.  The roads are not paved and it is hard to roll a bag.  Their cars, taxis, and vans are on the smaller side, so if you have a smaller bag you won’t need to worry about if your bag will fit, however you plan to travel.

There are laws in Uganda that make wearing miniskirts (anything above the knee) and tops that are too revealing, illegal.  On that note, it is very hot in Uganda, especially in the Summer so I would suggest light cotton maxi skirts, Bermuda shorts, and cotton t-shirts.”

Twelve students made the cut to travel with the class to Bumwalukani, a small town about five hours from the nearest city.  The purpose of the class was to prepare and tutor the 8th graders in the town for the standardized test that would allow them to continue on to the 9th grade.  Jess was part of the English-teaching group, while the other American students were split up to teach math and science.  During the days, Jess taught the kids elementary reading, writing, grammar, letter formatting, and spelling.

She said that the students were all at different learning levels; some were really behind and some were really ahead.  She explained that the tutoring and projects that they led needed to help all the students, regardless of ability.  However, prior to venturing to Uganda, Jess and her classmates had studied general information about the country and created lesson plans to help with the varied levels of learning.  Jess said that this assisted the Americans in teaching the school kids because many of her classmates weren’t obtaining their degrees in education.  But overall, she found that the differences between the college students helped create varied teaching styles for the Ugandan school kids.

All the children played games or hiked with Jess and her classmates after the lessons each day.  On the weekend, while the boys played soccer with the male college students, the female college students prepared a special class for the girls.  The focus of this class was not in academics, but rather in women’s health.

Jess said that many of the girls had little knowledge about feminine topics.  They were ashamed or embarrassed to talk about things like sexual education and feminine hygiene.

“They are teased really badly,” Jess said. “No one explains it to them.”  So, in a calm and understanding way, Jess and her classmates spoke to them about hygiene, the pressure to have sex, and empowering them to refuse unwanted sexual advances.  In the end, Jess believes she was able to get through to them about these topics.  Even if they didn’t remember any math or English, at least they will have the knowledge to make more educated decisions about their health in the future.

Every night, when Jess and her classmates were settled at their accommodations, the instructor from the college, who was also the resident pastor, would lead them in a spiritual reflection on the day.  During this time, the students would go around and share their insights and comments from their interactions with the culture and school kids.  Jess said that everyone had a different perspective.  Some would comment on teaching or how the kids understood a certain topic, but some would comment on more specific things.  Jess recalls in one of these sessions noting the gender dynamics in the classroom and how the girls and boys interacted with one another.  The experience changed her perspective in many ways.

“Uganda has a lot of unique delicacies that don’t always look appetizing but are all very good. And unlike the US, the produce in Uganda isn’t treated with any hormones and is a lot richer in flavor.  We were treated to pineapple right off the tree and I swear it is still the best pineapple I’ve ever had, and probably ever will.”

“A lot of us developed relationships with the kids,” she said as she began to tell me a more emotional memory of the trip. She was especially close to one of the girls in the class.  On the last day, the girl gave her a bag of avocados from her father’s farm.  Jess said that this was a very sincere, sentimental, and meaningful gesture.  She explained that because the avocados were how the girl’s family made their living, they had given her part of their livelihood.  That’s how much Jess’ presence meant to the girl and her family.

On the last day of the trip, all the college students and kids played one final game of soccer.  The kids won, not surprisingly.  Jess recalls everyone being so happy, even in their defeat.  “It really brought the whole trip together,” Jess said.  “Everyone was so happy and smiling even though they didn’t have a lot.”

During the five-hour ride back to the airport, Jess reflected on how different it must be growing up in Uganda versus the United States.  She decided to look into ways to go back and help.  She has since researched the Peace Corps and other volunteer programs in the country.  She doesn’t know when or how, but helping Uganda or another African nation is definitely in her future in some capacity.

“Look into places that few people go,” she told me.  “This is where you will find real people and real culture.  Submerse yourself in it and try to really understand it.

Jess’ suggestions of things to do while in Uganda:

Great things to do:

Ways to get involved:

Tanner C. Knorr is an emerging travel and tourism professional with a Bachelor’s in Archaeology and Master’s in Administrative Studies, concentrating in Economic Development and Tourism Management from Boston University. He’s traveled to 11 countries and can’t wait for whatever comes next! He wants to learn more about tourism and work towards a positive change for all stakeholders in the industry. He looks forward to sharing articles of traveling and studying abroad, as well as discussing various topics relevant to the tourism industry today. Be sure to follow him on Twitter.