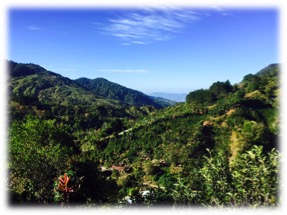 My first visit to Costa Rica was about 10 years ago with a former girlfriend. Her uncle and grandpa owned a resort in Guanacaste, and needless to say, everything was absolutely incredible. We both fell in love with beautiful beaches and the laid-back lifestyle. I vowed that I would come back one day, as we sadly ascended away in the airplane after a 3-week unforgettable vacation.

Fast forward 10 years,  I have sold all my possessions in Canada to move to Costa Rica with dreams of starting a completely new life and opening a business. When I first moved to Costa Rica and I was in the planning stage of opening a business, everything was superb. Two words can pretty much sums up life in this astonishing country and they are: PURA VIDA. Anyone that has visited Costa Rica is familiar with these words as locals, or “ticos” as they call themselves, will say Pura Vida at least 3 times a day. These two words sum up much of the culture of Costa Rica. Pura vida translates to pure life, and “ticos” use the words for pretty much anything from hello to goodbye. I believe that these two words are accountable for making Costa Rica one of the happiest countries in the world. Trust me when I say that life in Costa Rica is completely different as a tourist and as a business owner. As a tourist, my only worry was making sure I caught the tide at the right time for surfing, which was a tough but fun learning experience.

My experiences of living the tourist life in Costa Rica soon came to a screeching halt when I started construction on our ropes course business named Jaco Ropes. The first shock was dealing with the heat. Although it was a shock during my tourist life, I always had a pool, ocean or air conditioning to ease the burn. As a business owner, I had no escape as my business partner Robert and I had to climb trees, pack heavy equipment, and do whatever it takes to build the dream we had laid out in our heads. We worked our butts off 8-10 hours per day, but luckily we were in the shade of the canopy most of the time. The hardest culture shock, which is still causing me a tremendous amount of stress, is dealing with “tico time,” which is the reality that “ticos” are never on time when they say they will be.

A prime example of this was when we had to wait to receive all the wood that we needed to build the obstacle course, and a contractor told us that he could have supply all the wood within a month. I was initially very impressed, because I knew that it was a daunting task to get this pile of wood. I soon realized after 2 weeks and only five percent of the wood had arrived that this timeline was impossible. It took us 6 months and 3 different contractors to finally get all the wood we needed. I often felt bad for Robert because he was dealing with the contractors and I took some of my stress out on him.  And, then there was the time where we waited to receive our permits.  They promised us the permits in December, but we did not receive them until August. This was perhaps the hardest part for us because there was nothing we could do about it and funds were running dry. For some reason, “ticos” always have the tendency to over promise and under deliver, especially when it comes to being on time. I have learned to keep my expectations on par by taking what’s promised and multiplying the timeline by four, which is an overstatement to some, or an understatement for others.

Currently, the adventure tour in Jaco, Costa Rica is up and running. As a startup business, times are really tough and I even had to start some work on the side with A1 Auto Transport. They ship anything from cars to boats, motorcycles, ATVs, RVs and more. Most importantly, I enjoy working with this transport company, because they take many green initiatives.

I have learned to be extremely patient. I have always been a very patient person, but being in this situation has helped me out an outstanding amount. I’ve lost my patience at times dealing with the downsides of running a business in Costa Rica, but at the end of the day, I try to appreciate the fact that I live in paradise.

Author Bio: Jason Mueller is the owner and general manager of Jaco Ropes. He operates Jaco Ropes with the same North American customer service standards set for his limousine company in Vancouver, Canada. For more information, visit jacoropes.com or follow the company on Twitter, Instagram, and Facebook.