The Greatest Gift of Life is Friendship 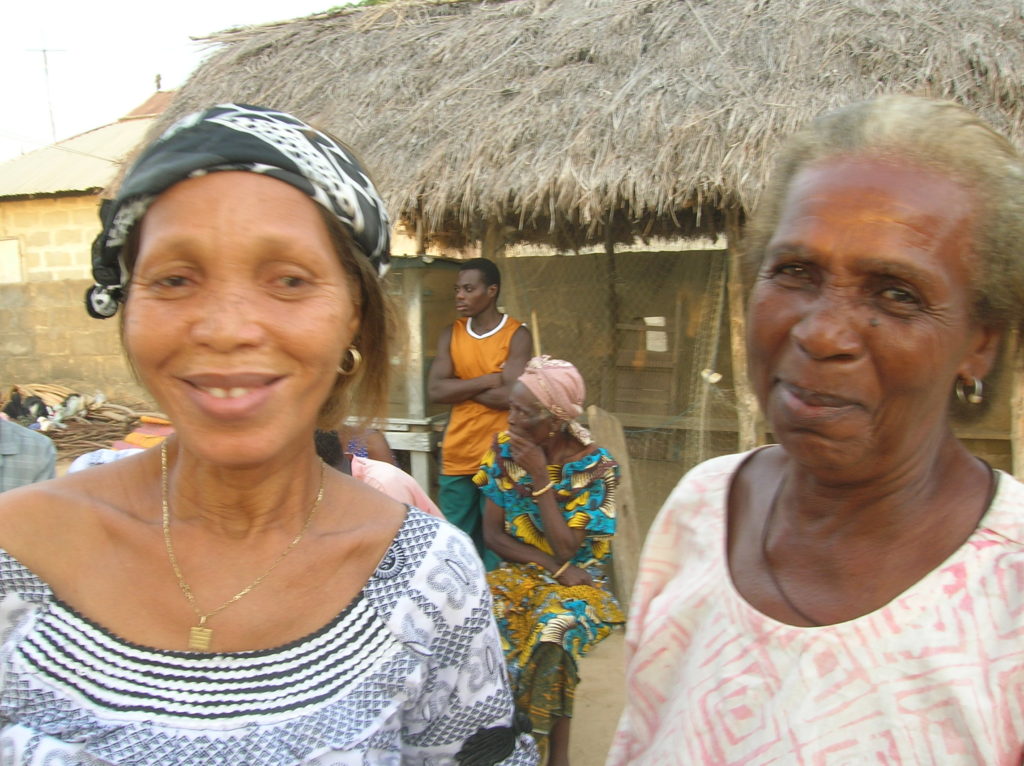 Today’s guest post is by Melanie Ferguson of postcardsandplaces.com

Making friends was difficult to do in Ghana. Friendship is based on equality, but the financial disparity between many Ghanaians and me was often too big of a gap to fill.

It would go like this: I would meet someone interesting, maybe in class (I was studying abroad at the time); we would hang out a few times; then he or she would start asking me if I would take them back to Canada with me—if I would help him or her get a job in Canada. At first I would say no, but the requests wouldn’t stop. I felt like I was being used for my citizenship and money; it didn’t feel like a friendship based on mutual interests.

Charity was a cleaner at the international student hostel I lived at while I studied at the University of Ghana. She was also the woman I paid to do my laundry for me.

She stood apart from the other cleaners because of her light skin. Even though most of the hostel workers spoke traditional Ghanaian languages to each other, I understood that she was teased for her lighter skin sometimes. I couldn’t tell how old she was; she had few wrinkles and was strong enough to wash my jeans by hand (which I couldn’t do), but her hair was losing its colour and she was a grandparent.

Because Charity got to know me intimately (she was hand washing my underwear, after all), we became close, even though she was older. A few times I visited with her, her children, and her grandchildren at her house in the city. One weekend she invited me to visit with her extended family at a village in eastern Ghana. I was curious to see where she came from and experience real life in a rural Ghanaian village, so I took her up on the offer.

I had know idea where we were going, and to this day—ten years later—still don’t know the name of the village. Charity led the way, dressed in a fine traditional outfit for the trip, as Ghanaians tended to do. She took us on a trotro (a large van) to the bus station, and when it came to pay for the tickets, Charity offered. I tried to refuse, but she insisted. She wanted the weekend to be her treat. We caught a bus to her village on the coast east of Accra, somewhere in the Volta region.

When we got to her home, everyone in the village came to greet us. There were elderly grandparents (or great-grandparents?), aunts and uncles, brothers and sisters, and lots and lots of children. Here, too, people were dressed in nice clothes, and I wondered if it was because of the holiday (it was Easter) or because they had a guest (me).

I settled in for a quiet family weekend. Very few people spoke English, and even though I had been in Ghana for about eight months by that time, I spoke very little Twi or Ewe, the two biggest traditional languages.

After greeting everyone in the town, we headed to Charity’s family home. It was a pink concrete single-story home with a white concrete railing around the front porch. Many homes had thatched roofs, but hers had corrugated metal. There were a few rooms for sleeping and a simple kitchen, with wooden tables covered in kitchen supplies, buckets of water, and a hot plate for cooking. Laundry hung from lines in the yard, which had a collection of plastic and wooden chairs for lounging.

Most of our time was spent outside. We painted our nails. We danced to Ghanaian highlife music. They taught me how to gather water from the well with a bucket. We talked—or tried to, due to the language barrier with some of the other family members.

I discovered the property was prime real estate: right on the ocean. But the younger members of the family admitted that they never swam in the water. I put on my bathing suit (none of them had one) and the group of us went to the beach. Though they were a little apprehensive at first, witnessing their shrieks of joy at the waves crashing around their bodies was one of the highlights of my weekend.

Having spent eight months away from my family, I treasured time with this one. I felt special that Charity had brought me there.

When we arrived back in Accra at the end of the weekend, I recounted the adventure to my North American friends.

They were horrified: how could I have let her pay for everything? I was shocked: it was her gift to me.

For the first time during my year abroad, I felt like someone cared about me for being me, not because of my money. Was I in a better financial position to pay for it? Sure. But she wanted to treat me to a weekend with her family, and I argued it would have been rude for me to insist on paying. She was proud to offer the trip to me; I didn’t want to take that away from her.

The weekend at Charity’s rejuvenated me. I had been growing increasingly frustrated with the cycle of lost friendships with Ghanaians, but Charity had given me more than just a weekend away; she had given me the gift of friendship.

Author Bio: If Melanie could have one superpower, it would be to live a day in the life of the many interesting people she meets when she travels. She writes about her experiences as an urban explorer and outdoor adventurer for her blog, postcardsandplaces.com. She lives in Vancouver, BC.  Follow her adventures on Twitter, Instagram, and Facebook.

Previous Posts Culture Shock: Running a Business in Costa Rica
Next Posts Why I Love Markets