Why I Love Markets 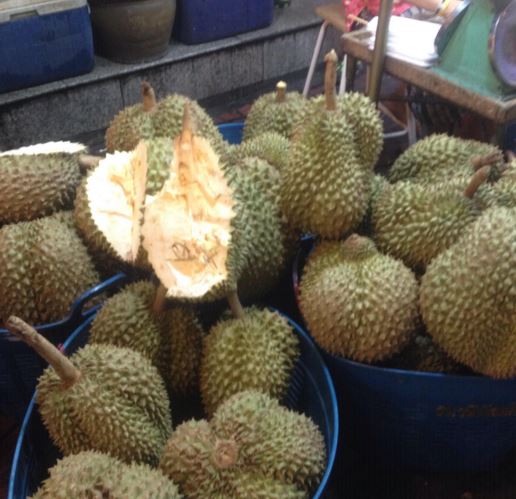 When I go to a new destination, one of the first things I do, is visit the local markets.  You see, to me, local markets aren’t just where you go for shopping.  They contain a place’s cultural soul  and heartbeat.  The cultural fabric of a community, is displayed loud and proud at markets.  Markets really are a cultural epicenter.

What Is Culture Anyway?

People use the word culture all the time, but what do they really mean?  I suppose culture means different things to different people, but for me what comes to mind, is somewhere’s history, its architecture, the local cuisine, religion, the demeanor of its people, the local traditions and rituals.  All of these things hit you smack bang in the face when you visit a market.  Don’t believe me?  Well let me share some of my experiences and convince you.

The Best Place For Local Food

Some of the best food I’ve ever tasted is not in fine dining restaurants but at local markets.  When I was a kid, growing up in Lancashire, England, I remember eating the best Black Pudding at Bury Market.  Black Pudding, an English delicacy, is blood sausage made from pork blood and oatmeal. It used to be a working class dish but is having somewhat of a renaissance, appearing on many a fine dining menu.

And of all the plush restaurants I’ve eaten black pudding in and for all the fancy sauces, with difficult to pronounce names, I’ve had drizzled over it, it’s never tasted better than when it’s boiled freshly before you at the market, served up on polystyrene tray and then smothered in mustard and vinegar. Delicious.

It’s the same story when I visit markets the world over.  From freshly cooked Pad Thai at the markets of Bangkok to perfectly ripe Durian Fruit in Cambodia, you always find popular local foods at their freshest and finest at local markets.

Buddhism is the dominant religion in Laos and plays a big role in daily life. After rising at 5 AM to visit the Luang Prabang Morning Market, I found market vendors selling small baskets of rice.  This rice is for local people to give to monks, as they walk through the town’s streets, which they do each morning, as part of the daily alms giving ceremony.  Alms giving earns the giver merit, or towards their next life. Unlike some tourists, who wished to participate, I watched this local ritual from a distance and it was truly fascinating observing this age old tradition in action.

Whilst at the Luang Prabang Morning Market, I saw small sparrows in tiny cages for sale.  I knew they were too small for eating and, after making a few inquiries, I discovered these were sold for the purpose of a Buddhist ritual called life release. Life release is the practice of setting free an animal destined for slaughter in order to gain good Karma.  Although I’m not religious, as the old proverb goes ‘whilst in Rome, do as the Romans do’ so that’s what I did, I purchased two small caged birds and released them back to nature.  I would not normally participate or intrude on a local religious tradition but on this occasion it felt right. It was liberating to see the birds fly free.

History In Markets
History shapes a place. You may be surprised but I see examples of history all the time at markets. One of my favorite markets is Dan Sinh Market in Ho Chi Minh City, Vietnam.  It’s located in an unassuming little spot but if you interested in history and enjoy rummaging around for antiques and memorabilia then this place is brilliant. You can buy old Vietnam War relics like gas masks, soldiers’ cigarette lighters, old photographs and US military issued clothing.

Culture is not always nice. It’s not always pretty. You sometimes see things which are distasteful or shocking. But you can’t pick and chose what culture is and isn’t. Culture is what it is. So those distasteful and shocking elements are as much part of culture as art galleries or history museums are.

This might be something as simple as tacky tourist t-shirts and counterfeit designer label handbags which are seen at lots of the markets in Thailand and are an example of how tourism and western culture has infiltrated Thai culture.  But it may be something more profound.  In Kampot, Cambodia, I witnessed live birds and ducks for sale at the market.  They were tied together in big groups with no room to move around.  What’s more, some of these birds were slaughtered and plucked at the market right before my eyes.  In what was an established process, one lady would slit the throat of a chicken and hold it down until it stopped moving, the dead chicken would then be passed to another lady who would dunk it in boiling water for 30 seconds to soften its feathers before another group of ladies would pluck the feathers.  It truly was a culture shock and disturbing to witness this but that’s the way local life is in Cambodia, so you must take culture in all it’s forms – the good, the bad and the ugly.

Get Your Culture Fix At The Market
So the next time you go somewhere new, before going out to the local museum, the art gallery or sightseeing to get your dose of local culture, think about going to a local market first.  I promise you won’t be disappointed.