Becoming a Tourist at Home 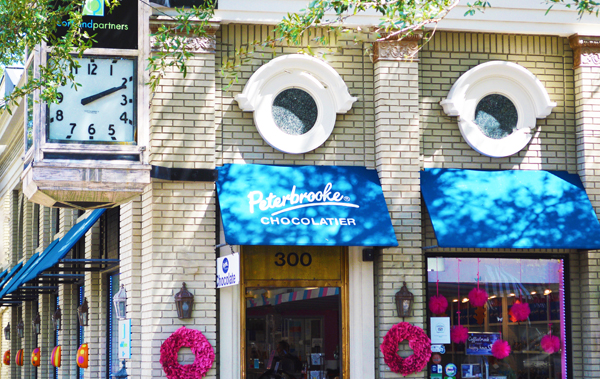 By Valerie Sisco, Culture with Travel Food Correspondent and founder of Grace with Silk

I’m a big fan of taking walking tours when I travel, but I always agonize over packing comfortable yet stylish shoes for walking. But add some food and mix in a few drinks on the walking tour and I can usually forget all about my shoes.

I’ve toured and tasted my way through Paris, Milan and New York City so I thought it was about time to become a tourist in my own hometown of Orlando, Florida.

I wasn’t sure how Orlando, known for theme parks and thrill rides would rate, compared to my previous walkabouts, sampling foie gras in Paris, Italian cheese and olives in Milan, and pizza in New York City.

But Orlando Food Tours took me to Winter Park, one of the city’s oldest and most charming neighborhoods which is home to Park Avenue, a street lined with boutiques, bistros and specialty shops.

The tour kicked off with mimosas at a wine bar, in honor of Florida’s most iconic fruit, the orange, whose groves once covered the area. We were served slices of locally baked artisan bread spread with basil pesto, topped with buffalo mozzarella, tomatoes, and drizzled with a balsamic reduction.

I could have stayed all day in the cozy comforts of the artsy wine bar but our next stop awaited, which was an olive oil and balsamic vinegar shop. The owner made us work for our olive oil samples, asking which country we thought produced the most olive oil. I suspected it might be a trick question since he gave us three choices, one of which was the obvious location of Italy.

But it turns out the surprising answer is Spain, and I found I had a lot more to learn about olive oil. Apparently swirling, sniffing and slurping are the keys to releasing its aroma and flavor. Although I’m not really a drink-slurping kind of girl, I did notice the fruity and nutty flavors and the peppery finish in the sample I tasted, so this momentary lapse of good manners must serve a good purpose.

There was no time to linger over the olives, though. We strolled on to a tea and spice shop where after seeing the rows of salts, spices, peppers and sugars lining the walls, I realized I would have to pay a return visit to leisurely satisfy my inner chef’s curiosity about these flavorful ingredients.

We headed over to an Italian bistro tucked away on a side street, where crispy-crusted pizzas awaited us topped with chicken and catupiry cheese. That was a new cheese to me, but the owner said it’s a soft cheese made in Brazil, and it did make the pizza quite tasty.

The tour wound down at two chocolate shops where I was glad I saved a little room for apple cobbler ice cream and a bite of fudge. With the exception of just one of the chocolate shops, I was surprised this food tour was filled with places I’d never tried. But my favorite discovery of the day had nothing to do with food. Our guide led us behind the shops to a road that paralleled the main street, and a historic gem came into view.

I knew about the 1930s house called Casa Feliz, since it spent years in the news as the community tried to save it from demolition. It was built by architect James Gamble Rogers II and this house with its century-old bricks was finally moved from its original location to where it now sits on a golf course. As we turned the corner I got a view of it from the back, looking through its lovely arch.

The house is now often used as a popular wedding venue so I was surprised that for a few minutes no one was around. As I grabbed my camera, I thought roaming around my hometown like a tourist could be just as fun as traveling around the world.

I still have a walking-shoe dilemma, but I need a lot less luggage.

How do you make the best out of local experiences near home? Leave a comment and share tips!