Soaking Up Food Culture in Italy 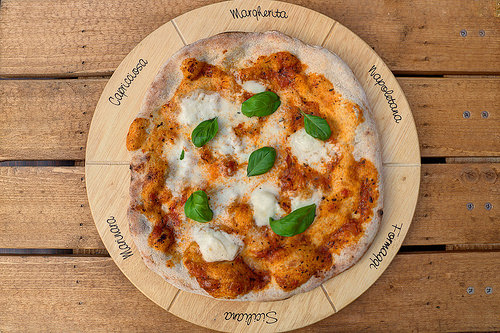 If there’s one thing Italy is exceptionally noted for, it’s the food culture. Italians have a serious love affair with their food. An elegant dish is as much a work of art as an eminent painting or statue. And wherever you travel to in Italy, you’ll discover that each region prepares its dishes with a gastronomic flair that will make your taste buds sing. Let’s check out some of these region and what culinary niceties you should try.

In Sicily, they have a fondness for sweet and sour dishes. This is possibly due to the influence of the ancient Greek colonies. One of the most notable is caponata, which is a combination of slow-cooked vegetables, olives, raisins and pine nuts. Another Sicilian classic is pasta con le sarde (pasta with sardines, fennel, raisins, pine nuts – again! – and saffron). The Arabs introduced this to the island in the seventh century, and, according to legend, the cooks that traveled with the Arab armies mixed their ingredients with whatever they found in the countryside along the way.

To soak up Sardinian cuisine at its most authentic, you have to try the roast suckling pig. Wrapped in myrtle and bay leaves, the pig is cooked in the most traditional of styles: for several hours, spit roasted over an open fire, with aromatic woods such as juniper or olive providing the firewood. Why not try this with a Sardinian riserva wine? The peppery flavors of this full-bodied red would work nicely with the pork.

Like most other parts of Italy, if not all, Sardinia whips up a fine pasta. One of the most emblematic of the region is malloreddus. This Sardinian pasta is made of semolina flour and of saffron and is similar to the delightful gnocchi. You’ll often find it prepared with a tomato and sausage sauce and grated pecorino cheese, but other variations include cherry tomatoes, salted fresh ricotta and parsley.

Citizens will tell you that the pizza in Naples, in the Campania region of Italy, is the best in the world, with the humble pizza Margharita being the pinnacle of Neapolitan pizza perfection. This minimalist pizza consisting of a dough with a fresh topping of tomatoes, basil and mozzarella cheese, cooked in a wood-fired oven is highly delicious, and its colors represent the Italian flag.

Generally, though, the Campanians go for spicier flavors in their cooking, and you’ll see this in Naples. As a result of the favorable climate, they also use lots of vegetables in their cookery, especially artichokes, aubergine, coriander and sun-dried tomatoes. Garlic, herbs, red chili peppers, olives and olive oil are also harvested in large quantities. On the sweeter side, you’ll also find the highest quality of almonds in the regions.

Wherever you travel in Italy, you’ll discover that each region manages to distinguish itself from all the others in the form of their cooking. There is one thing that unites them all, though, however, no matter how diverse their dishes are: it all tastes brilliant! Visit and see – or rather, taste! – for yourself!

Author bio: Regan Harvey is a student of Italian and adores the country’s language and culture. She likes to keep active and take in the scenery at the same time by jogging in the beautiful Italian countryside.