My Experiences with Learning Spanish 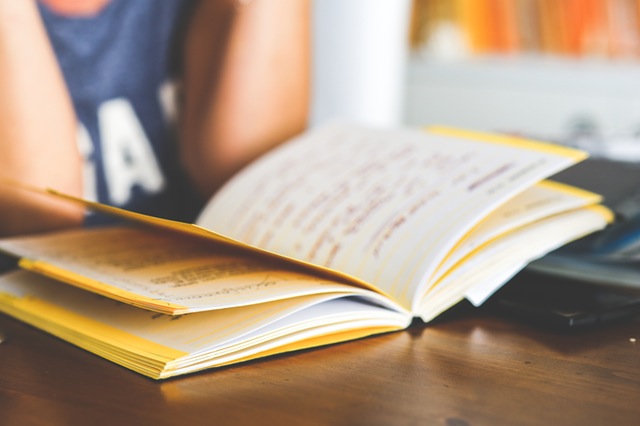 Learning a second language can be one of the most challenging experiences you may ever take on in life. I personally struggled with French in school while growing up in Canada, where I was forced to take a course one year. The policies change depending on the region in Canada. Quebec is the only province where French is the first language, and many people are familiar with English but may not like speaking English. I grew up in British Columbia, where nobody speaks French, so as a stubborn teenager I felt like it was a waste of my time. I really never applied myself, not even a little, I remember hating the class. I was only forced to do one class in grade 8, thankfully.

Most likely if Spanish were offered, I probably would have thought that it would have been a waste of my time as well, and wouldn’t have taken the course. But, if I would have known then, what I know now, I would have learned Spanish at a much younger age. Of course, I couldn’t foresee the future, as apparently I wasn’t clairvoyant, but just a young punk who thought that partying was more important, as was living in the moment.

If I can make any recommendations for parenting, it would be to get your children immersed in a second language at a very young age. I’m not the right person to be giving out parenting advice, as I have no kids, but if I did, they would be learning Spanish and I would find a way to make them like it. It is much easier to learn from the very beginning. Here is a question for the parents, do you remember teaching your kids their first language? I imagine you have been amazed by the words that come out of your child’s mouth, wondering how he/she learned those words. Of course, you must teach proper grammar and explain some words, but for the most part kids are like little sponges that soak up all the information around them.

I have met North American expats who have children growing up in Costa Rica, and it may almost be embarrassing for the parents because their kids speak much better Spanish than they ever will. The most important lesson I have learned on my venture is that learning young is the easiest way to pick up a new language, and if you’re 13 and thinking it’s too late, you are wrong. If you are 50 that might be pushing it. I know older people that have lived in Costa Rica for over 10 years, and don’t speak any Spanish. Apparently, learning a third language is much easier, and I could see it as I already pick up on more Italian, French and Portuguese, so the rewards are huge.

In my opinion you are never too old to learn another language, but as you get older you must have an inclination to learn on your own or be forced to learn. I fall somewhere between being forced and wanting to learn Spanish. Living in Jaco Costa Rica, a tourist town, many people speak English, so I am not necessarily forced to speak the language. That doesn’t mean that locals speak English in groups however, only when they need to, therefore it is good to know Spanish. I do however own a few businesses, one for vacation accommodations online booking, and the other is a canopy tour adventure park.

If you own a business, you should learn the language. If I never had local business partners, I would have had to learn much faster. I would recommend working with a trustworthy local, if you are planning on having a business in a foreign country with a dominant foreign language.

Always remember that learning another language is hard, and you are going to make a lot of mistakes and chances are you will really embarrass yourself. Probably the worst for me was when my business partner and I were going around to businesses to let them know we were opening, I had introduced my business partner as “mi Sucio” which translates to “my dirty!” I was meaning to say “mi socio” which translates to partner or business partner. The important thing is to not let embarrassing moments like these set you back. You are going to have an accent and chances are people will laugh at you, but try to find some humor in the situation and learn from your mistakes.

I still have a lot of learning to do at 2 years in but I am getting much better, especially with reading and writing. I still have a really hard time understanding people when they are speaking quickly. The problem is, it feels like most people speak fast or in slang, when you are learning a new language.

Below are some tips that have helped me in learning Spanish:

• Don’t be shy, and do your best to interact in the native language. At first, I found that when I was out drinking I would speak Spanish, or at least attempt to. The key is to relax and don’t be too concerned that you are making mistakes.
• Date someone who doesn’t speak English. This will be tough, but will force you to learn and it’s a fun way to learn 😉
• Be friends with people who don’t speak English.
• Study with an app like Duolingo or invest in an online course like Rocket Spanish. Those are the ones I used and can recommend, but there are plenty of others.
• Read the newspaper or anything in sight; you may not understand everything, but it will help.
• Get a translator, I use Google. It’s not perfect, but it helps. If you get one you can talk into the function, which comes in handy when you don’t understand somebody.
• Watch Netflix with Spanish subtitles on. This is helped me learn how to read pretty well.
• Watch Movies in Spanish with Spanish subtitles on. Watching a movie in another language can be tough to understand, but you can teach yourself how to listen better with the Spanish subtitles on.
• Listen to music in Spanish. Just listening to it will help you familiarize yourself with the language, even if you don’t understand everything.
• Watch Spanish music videos with subtitles on. This is a really fun way to learn.
• Always order your food in Spanish, as it is polite and good to know the basics.
• Have fun!

Author Bio: Jason Mueller is the owner and general manager of Jaco Ropes. He operates Jaco Ropes with the same North American customer service standards set for his limousine company in Vancouver, Canada. For more information, visit jacoropes.com or follow the company on Twitter, Instagram, and Facebook.