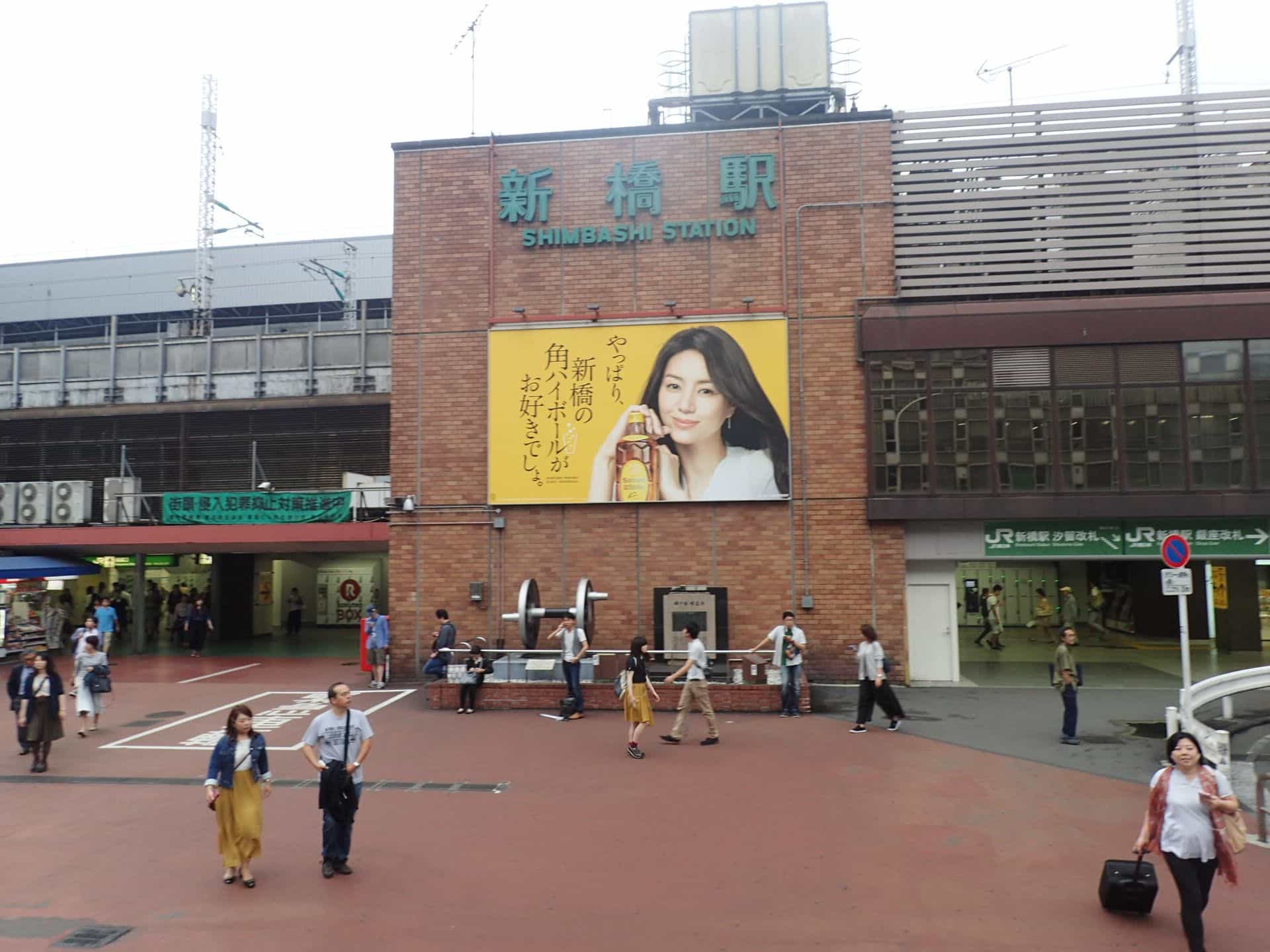 Today’s guest post is by Steve Roberts, who is a Culture with Travel correspondent based in New York City.

After being “in the country” for six days and spending most of those days feeling “Lost in Translation on Acid” due to jet lag that wouldn’t end, along with dealing with a foreign language both verbally and in writing on a regular basis, I was ready to relax. Not in the cards. I took the Shinkansen (Bullet Train) from Kyoto back into Tokyo, and should have jumped in a cab to my hotel, the Park Hotel Tokyo. However, since it was so close to the Shimbashi train station, and the directions said 7 minutes, I figured I would just take the subway and walk. That turned into 30 minutes from getting off the subway to finally get to check in.

The map was way off scale-wise and made it rather confusing. Again, the Japanese people I asked were very helpful and gracious in offering assistance, but even they found the directions I was given to be confusing. Once I arrived, I found a very cool lobby in the sky with a bar and restaurants on an upper floor of the Shiodome managed by a great staff. The room itself was very well done and of note, many rooms have hand-painted murals in them. However, the problem is it’s a part of a multi-building office complex with nothing on the ground for a good ten minutes. Thus, I used cabs while there to get around to avoid the confusing underground passageways. Also, it is not an ideal location for nightlife. Again, the staff was great and it’s a nice hotel.

But, as a first timer in Tokyo, I didn’t realize that other districts would have provided a better place to base out of. Of note, I started out in Roppongi, which was better for that, with lots of places with foot access. Though the subway was a 10-minute walk, it turned out to be a better spot than expected.

After a glass of Sake in the Park Hotel Tokyo’s beautiful lobby bar for dinner I ate at Zen an Itzakaya (inside the building complex on the second floor), I simply needed a break from wandering and being lost. I ordered fried chicken, sashimi and a large draft beer. Well sated, I headed up to get some sleep on the comfy bed ready for a full day the next day.

The next day, the lack of sleep finally caught up and I didn’t get up until about 2pm. I jumped in the shower and cabbed over to Ginza. I thought Ginza was the easiest place to get around in Tokyo. It’s in a grid-like pattern like New York City, and unlike lots of other places in Japan. As I was hungry, I went into Mitokoshi, an upscale department store (think Saks 5th Avenue or Bergdoff Goodman) with an 11th floor restaurant court. These types of restaurant courts are typical in Japan, and are not “fast food courts,” but consist of high-end restaurants. I started at Anzu for some Pork Tonkatsu served with pickled vegetables, salad, and Miso soup. Unfortunately, I had to send back the initial serving because it was too fatty, but the meal itself was very good.

Normally, this would be enough  – but since I didn’t have breakfast and was mad about missing half a day – I had another lunch at Dim Joy a beautiful restaurant serving Dim Sum. I started with a Chinese Wolfberry Jujube infused Sake to take the edge off, and ordered Dim Sum by the piece. From their fairly large selection, I choose the three-bean and seafood Shumai and three of their Dumplings, the leek and seafood, shrimp and cod, and a snow crab soup dumpling. All were tasty little works of art. Well sated, I started walking around Ginza to get a feel for the place.

Since I sketch and paint, I wanted to check out Japanese art supplies at Itoya, a stationary superstore with a separate art supply store. I picked up Tombow colored pencils, and charcoal Pilot pencils that are hard to find outside of Japan. While sharpening the pencils for me, they nicked one by accident and fervently tried to rub it out. Once again, this showed the meticulous nature of the Japanese. As they worried, I assured them all was fine, thanked them and was more than ready for a beverage.

By now, I knew the surroundings well – a nice change of pace – so I celebrated with a drink at Star Bar Ginza. It’s a very nice, petite, cocktail lounge, and like many in Tokyo, it is underground. I ordered an Old Fashioned, and watched the bartender craft it as if he were preparing for surgery. He was so meticulous, and it was such an amazing example of showmanship. When the tab came with a cover charge, I didn’t even care. From there, I walked around popping into clothing stores and visiting French pastry shops (there are so many)! At last, I found a jewel box of a chocolate store, L Chocolat de H. While there, I picked up a tin of Chocolate Sake bars, which as of this writing, I am still enjoying… slowly… one piece at a time.

Before I knew it was 8 pm and I was craving sushi, so upon my hotel concierge’s suggestion, I went to Tsukiji Sushisei Ginza  Hakuhinkan. But, this wasn’t just any restaurant, it was located on the 5th floor of a toy store… By the time I got there, The Hakuhinkan Toy Store toy department was closed (which was a bummer). But, the sushi was very good and fresh from the Tsukiji Market.

I had the chef’s selection with green tea and Ichi no Kura Sake to drink. For dessert, I had a tasty green tea jelly desert. After dessert, it was time to jump into a cab to the hotel, and rest up for a full-day tour. To be continued…

Author bio: Born in Brooklyn, raised on LI, schooled in Mass, Steve’s port of call is NYC. He enjoys global travel and blogging about travels, painting, and photographing beauty in its many forms. Steve is a bit of a Foodie and enjoys a drink or three on occasion. Steve is an expert on what, where, new and old to do and see in New York City. Check out his local blog via Hunter’s Hot & Hip NYC. Follow him on Twitter, Instagram, and read about his world travels via Hunter’s Travel Tales.

[Have you been to Japan? What did you find most fascinating about the local culture? Share about your experience!]