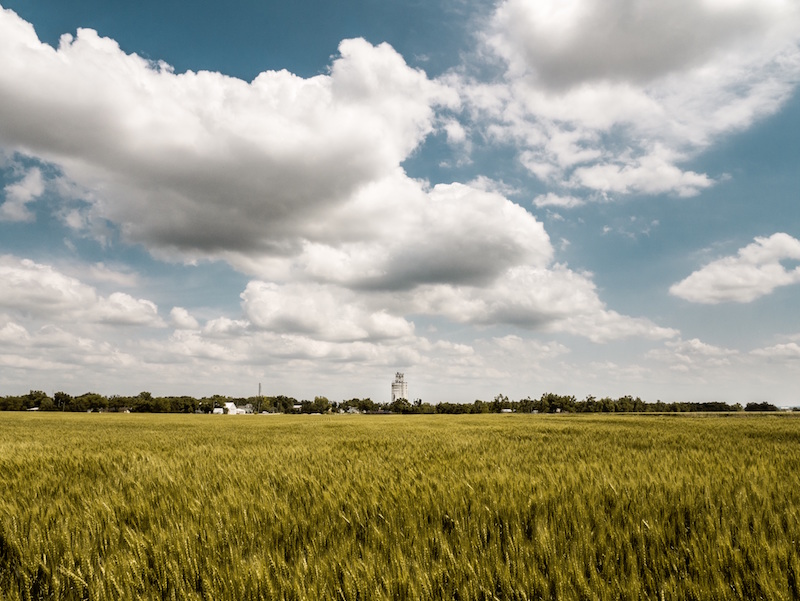 Today’s post is by Lise, who was a host mom to an exchange student from Brazil

Our first hosting experience was not planned, exactly, and it was touch and go on our end until our student Gabriel Alborghetti arrived. In early summer, we were contacted by an ETC representative on our ranch Facebook page about hosting a young lady who wanted to live on a horse ranch. We were asked if we knew families that would be interested in host‌ing. We didn’t, but I had always thought it would be interesting and fun to host an exchange student, so after a bit of research into ETC and several discussions between my husband and I, we decided to give it a try.

Our student was due to arrive in a few months. We began making preparations and getting ourselves in the right frame of mind to have a teenager in the house after having an ’empty nest’ for about 20 years. We were getting geared up and feeling fairly well prepared when we had a death in the family that required us to be away for several weeks. During this time, our intended student got anxious and didn’t want to come. However, her home exchange organization had other ideas and wanted to make her come anyway. This sounded like a recipe for disaster to us, so we told the coordinator to cancel the arrangement. We had enough stress with the latest developments and didn’t want to add to it with an unhappy teen. We planned to get in contact once we’d returned home and see if we wanted to choose another student.

Nearly 3 weeks later, we were home and ETC had a group of about 6 students – boys this time – for us to choose from. I wasn’t too sure I’d be able to handle it with all the extra stress that had just entered my life, but we decided to go ahead and began choosing another student. We settled on a young man from Brazil, Gabriel, and our adventure was on again. We had a pre-arrival orientation with another couple that was hosting, and meetings with our local coordinator and pages of information to read about Brazil and hosting in general, and lots to get ready in a short time.

Arrival day came and we were waiting in the airport arrivals lounge….and waiting and waiting. Gabriel’s flight was delayed about 5 hours, but he did eventually arrive and promptly fell asleep in the hours’ drive home. We had a kid! While the information provided about our student’s adjustment process was helpful, it could only go so far since it was general and we had a specific student; we still had to get to know each other.

So, get to know each other we did, though it was harder at first than we expected. Gabriel’s English wasn’t as good as he’d thought and we had trouble understanding each other sometimes, but we all worked at it. Gabriel had lived in the city; now here he was on a farm in the country. Things were dusty, and you had to wear mud boots when it rained. He’d only had a bird (pet) before; now the family included cats, dogs, horses, chickens, and turkeys. It took nearly the whole school year, plus a few lint rollers before he wasn’t quite so OCD about pet hair.

We were worried about him, he seemed to be tired more than and longer than our orientation suggested he would be. He learned the horses’ names and how to feed them and he tried riding once. We were soccer parents for the first time, rooting him and the Emmett soccer team on from the sidelines. He made friends quickly, going to birthday parties and the homecoming dance. We were surprised when he was interested in accompanying us on a business trip to Las Vegas – he dragged us into nearly every casino on the strip and we took him on a side trip to the Grand Canyon. He saw snow for the first time; we ambushed him in a snowball fight; he learned to snowboard. I sent photos home to his parents, kept them updated on his activities, and let them know that he was a great kid.

In the beginning, I had worried that I wouldn’t be able to give him all the attention he deserved with our recent loss and, though settling my mom’s affairs was difficult, having him made it easier to deal with all that was going on. We had a quiet Thanksgiving at home rather than the family dinner I’d planned with my mom who’d just died. I was still settling her affairs when my sister died, so the Spring Break trip to California became dual purpose -we squeezed in jaunts to Magic Mountain, the beach, Hollywood and Sea World while I settled affairs for my sister in San Diego.

All too soon we were taking prom pictures of Gabriel and his date and then it was graduation time. When Gabriel got permission to extend his time with us past the end of school we planned a graduation party and trip to Yellowstone, and an early birthday celebration with just the 3 of us, postponing thoughts of goodbye. It seemed like we had just gelled as a family and it was time for him to go. We tried not to get too emotional, but that was hard; he’d gone from being our exchange student to our son.

It wasn’t goodbye forever though, we’d see him that fall when we visited him and his family in Brazil, and there was always Facebook and Skype. We had to delay our trip for a few months and it seemed like we might never get there, waiting for our Brazil visas to arrive, but we were finally on our way in January. We got a taste of what Gabriel’s trip to the States had been – all day getting to Dallas then an overnight flight to Sao Paulo and lastly a two-hour car ride with him and his uncle to Sao Joao da Boa Vista and his home. No wonder he fell asleep on his trip to our house from the airport; we were exhausted after 24 hours traveling. We were treated to a Brazilian family BBQ on our first night, complete with extended family and friends, lots of food and plenty of wonderful conversation.

We had 5 lovely days with Gabriel and his family at the end of their summer break. Gabriel planned our activities while we were there and served as translator most of the time since we didn’t speak Portuguese and only he and his brother spoke English well. His extended family took us on an off-road excursion to a local mountain park that offered hang gliding, biking, and other outdoor sports during the season (it was off season) and fabulous views of the surrounding area.

With Gabriel’s mom and brother Mateo we drove to a ‘touristic’ city nearby and took a carriage ride around town to some specialty shops, tried a few samples and bought a few souvenirs, though his mom wouldn’t let us pay for anything. Another day we stopped by the English school that Gabriel went to in preparing to be an exchange student. The school was on break, but we got the nickel tour and spent a while talking with the staff that was there preparing lessons. One evening Gabriel brought his new girlfriend home to meet us. At the house, we looked at Gabriel’s photo albums, heard stories about them, and showed the video we’d made of his year with us in Idaho. We went shopping, saw his grandfather’s farm, and talked about all sorts of stuff.

It was a fast 5 days and a harder farewell at the airport for us this time without definite plans to see each other, but we promised to get together again. The next time Gabriel and his family would come to Idaho. Our Brazilian visas are good for another 9 years, so we’ll be able to go back and visit our South American extended family. Gabriel is in his first year of university now, so maybe we’ll make a trip then, who knows. In the meantime, we keep in touch on Facebook and email.