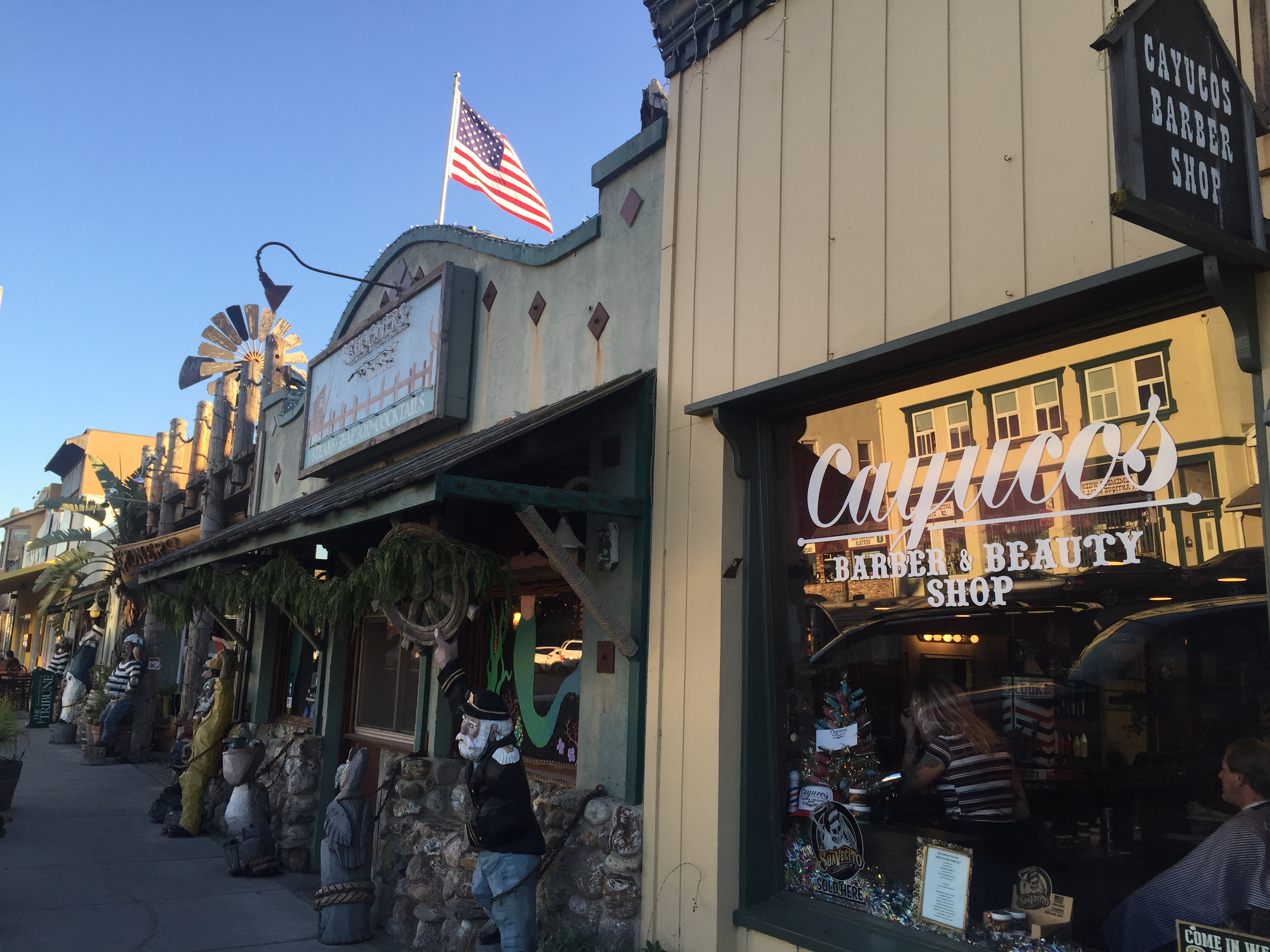 When my favorite beach store became a Starbucks, I knew things would never be the same in Manhattan Beach.

And when The Mermaid, a long-time leather-booth bar closed to make way for a massive hotel development in neighboring Hermosa Beach, I felt like throwing up my arms and giving into this “progress” that is overwhelming and destroying the culture of our California beach towns.

But then I found myself in the hamlet of Cayucos (pronounced “Ki-uke-us”) on the state’s central coast. Thirty minutes south of Hearst Castle – which brings in about 700,000 visitors a year – it’s the town that time forgot. And, thankfully, developers.

It’s only about five blocks long and doesn’t even have a stop sign. The unofficial slogan is, according to one local, “there’s nothing to do in Cayucos except relax.” While I found that first part somewhat untrue it’s certainly a place to unwind.

Cayucos is a breath of air as fresh as the breeze blowing off the Pacific Ocean, which makes up the town’s western border. One business is a breakfast and lunch place with hundreds of baseball caps hanging from the ceiling that have been placed there for decades (the Sea Shanty). Another is a saloon that dates back to 1906 and has the kind of entertaining characters one would expect to find in an old bar in an old town (Old Cayucos Tavern).

But what really got me thinking about too many California towns losing their character in the bulldozing path of developers was when I walked up to a place called Schooners.

This place is everything the modern mind can’t conceive of: an inviting entrance that has a boat hanging over the entryway with wooden pirates welcoming you inside, a walkway with a swinging chair among many other diversions, and a small bar with a wagon wheel for an overhead light, boat flags hanging from the ceiling and all sorts of cool stuff such as a “Pub” sign, a rusty propeller and a skull-and-crossbones skeleton hanging on its well-worn walls.

It’s all wood, too, which makes me feel cozy and comfortable.

Oh, how I do hate those restaurants and bars with cold steel tables, the uncomfortable metal barstools with the hole in the center of the seat with no back that seem to be everywhere these days and especially the items on the menu that proclaim “grass-fed farm-to-table beef” and “hand-crafted cocktails,” each which cost about $15 for basically a burger and a drink.

Even the B&B that I stayed in has character. That’s because it’s got quite a character, an employee named Susie whom, upon entering On The Beach B&B, showers guests with conversation, stories about the area and local wines (a complimentary bottle is provided in each room). She also insists you join her for the nightly Social Hour in which she makes gourmet appetizers and pours generous amounts of wine (“here, you need more” she kept telling me).

Outside the door, I could walk anywhere in two minutes: to breakfast, lunch, dinner, the famous Butter Brown Cookie Company (written up in the New York Times!) or for a few beers at Schooners or whiskey at Old Cayucos Tavern.

I would likely never move to Cayucos because it’s way too slow for me on a daily basis, but it sure provided me a refreshing change from, well, all that change happening in too many California coastal cities. It’s one of several such towns along what is known as the Highway 1 Discovery Route, such as Cambria and San Simeon.

So if you find yourself in the neighborhood of Hearst Castle, check out Cayucos. You won’t have to worry about being in a hurry – those places to eat and drink aren’t going anywhere soon.

Kevin Wilkerson is a freelance writer who likes progress but not at the expense of a place losing its character. He publishes the travel and nightlife blog PubClub.com.