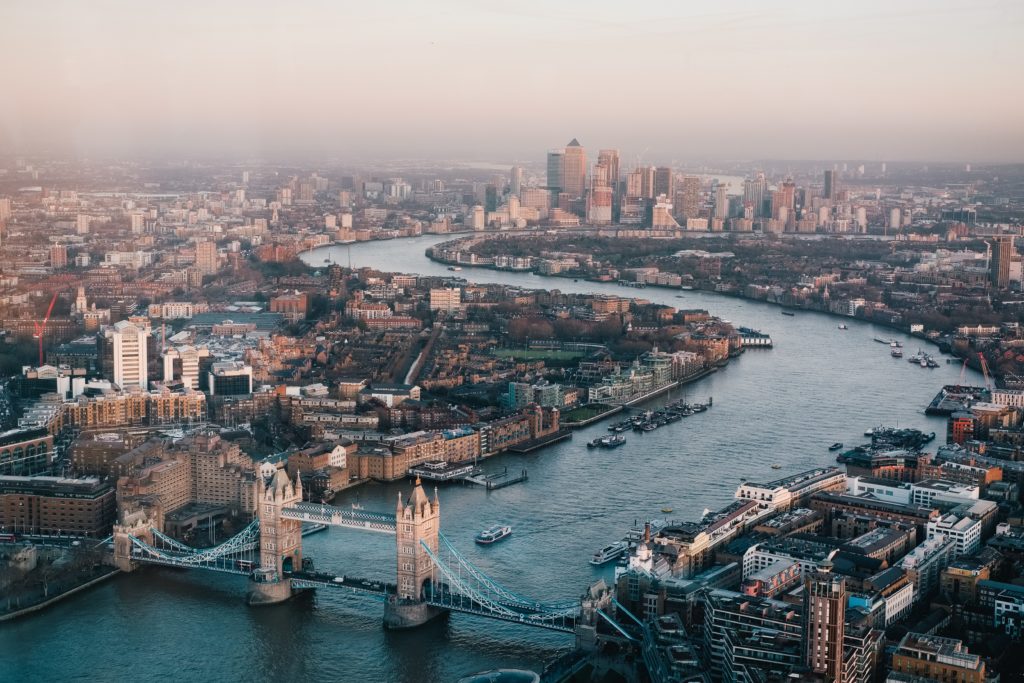 Today’s Culture with Travel post is by Essential Living

London is renowned for its landmarks, with The Houses of Parliament, The London Eye and
Buckingham Palace making up some of the capital’s must-see attractions.

But once you’ve done everything that the guidebooks tell you to do, what else does the capital have to offer?

Well, there is more to London than meets the eye, and one of its 32 boroughs will have something
for you.

We’ve put together a list of our favourite hidden gems, all tucked away out of the public eye:

Guildhall is well-known as a centuries-old government building, but few people are aware that when
the City of London began the construction of a new art gallery on the site in 1985, they discovered
2,000-year- old ruins below the building. Experts identified the ruins as originating from the Roman
period, and later found them to be what was left of a huge amphitheatre.

This site will have been the venue for different forms of public entertainment, including theatrical
performances, fights and even executions! The ruins are located beneath the courtyard outside of
the Guildhall building, but this attraction isn’t properly signposted. To find the amphitheatre, enter
the gallery and follow the stairs to the left – you’ll find further directions inside.

London is home to some world-class nightlife, but head out on a Saturday night and you will likely
find high entry fees and long queues. If you’re set on painting the town red, try to find some of
London’s elusive secret bars – this way you can avoid the queues and sometimes even the entry
cost.

Here are some of our favourites:

Sign-maker Marcus Bracey set up God’s Own Junkyard as a space that serves more than one
purpose. Open to the public only on weekends, the warehouse is filled with thousands of neon signs,
props and figures. Through the week, Marcus acts as a legitimate signage dealer, and occasionally
leases parts of his collection out to film production companies.

The space is just a 12-minute walk from Walthamstow Central station, and it is worth dedicating an
afternoon to this attraction, as the industrial estate where it’s located has plenty of trendy cafes and
bars for you to try out.

Take in some Victorian engineering as you pass through the Greenwich foot tunnel. Opened in 1902,
this tunnel descends 50 feet below the street surface, taking pedestrians from Greenwich through to
the Isle of Dogs. Walking through this cast-iron tunnel will make you feel like you’re standing in a
Victorian-era submarine, and when you reach the northern end you will find reinforced concrete
from when the tunnel was repaired following bomb damage caused during World War II.

After visiting the Royal Observatory and the Cutty Sark, this 1,215-foot walkway will offer the perfect
end to your historical outing – an ideal way to soak in the architecture of one of London’s oldest
areas.

Specialising in travel literature, Daunt Books offers a range of reading materials in a charming
setting. The shop can be found on Marylebone High Street, and is home to one of London’s largest
collections of travel books. The shop itself looks like an Edwardian-era manor house library, and
when you visit, you’ll feel like you’ve stepped back in time.

There’s More to London Than Meets the Eye

When you’re visiting London, you don’t need to limit yourself to the main attractions. There are
plenty of activities to keep you entertained – ones that you won’t find in the guidebooks. It’s just a
case of looking for them.