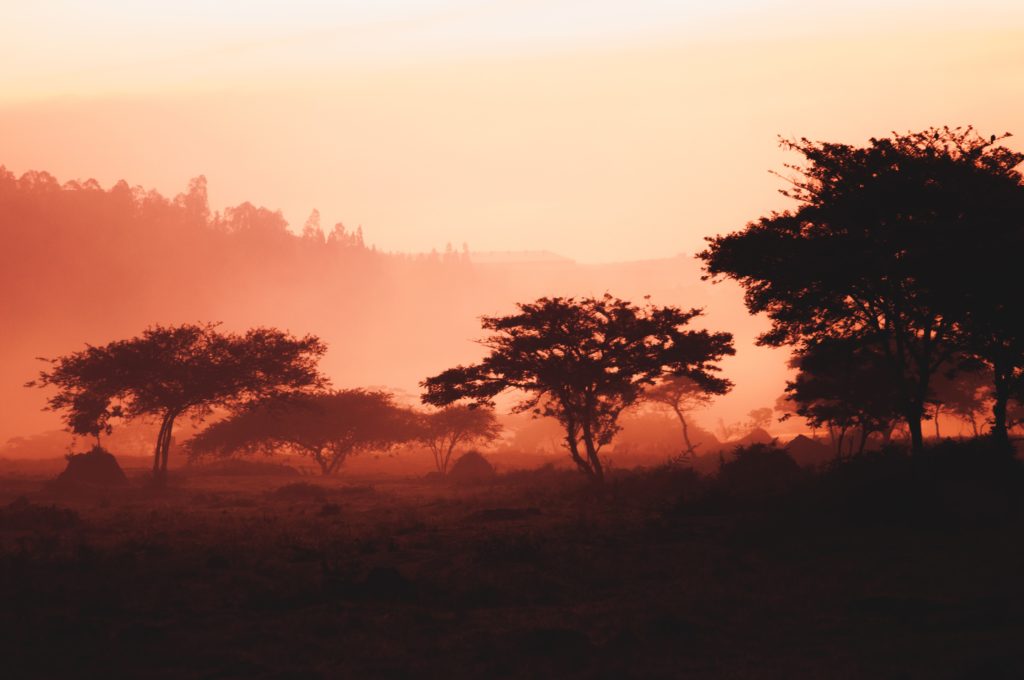 Tourism in Rwanda is on the rise, bringing in over 900,000 visitors and more than $470 million in revenue each year. Known as the “land of a thousand hills,” Rwanda is located on the far western edge of the Rift Valley in central Africa and borders on Burundi, Uganda, Tanzania, and the Democratic Republic of Congo. The landlocked country is home to vast expanses of natural scenery, including mountains, valleys, and active volcanoes, while also boasting rich history and traditions.

Exploring Rwanda and its Culture

Rwanda stands out from many other African countries in that it’s been a unified nation since pre-colonial times. Though there are ethnic divisions between the Hutu, the Tutsi, and the Twa, the country’s people are unified by the Kinyarwanda language and their shared religious beliefs. A small percentage of the population also speak French, German, and English as a result of previous colonial efforts.

Historically, Rwanda has been a nation rife with violence and warfare. This has led to dramatic shifts in the population over the past couple of decades, including the rapid urbanization of refugees. Now, Rwanda is rebuilding itself and developing a unique cultural identity. While about a third of Rwandans identify as Christian, many more still hold to traditional beliefs and practices that center around a deity known as Imana. Religious ceremonies such as weddings and seasonal festivals often include song, dance, and local delicacies.

Rwanda is a favorite spot for adventure tourists and nature enthusiasts alike. Perhaps the most famous attraction is Volcanoes National Park, which features five volcanoes and multiple hiking trails. The site is also home to the critically endangered mountain gorilla, which can currently be spotted in just three countries. Experts estimate that there are fewer than 800 mountain gorillas still in existence, and one-third of this population lives in Rwanda. The area is also home to rare golden monkeys, which live alongside gorilla populations in areas such as the Virunga Mountains and Lake Kivu.

In addition to natural havens, Rwanda is also home to points of historical significance. The Kigali Genocide Memorial, located in the heart of Rwanda’s capital, documents the 1994 Rwanda genocide that claimed the lives of millions. Visitors can also see the Presidential Palace Museum, which discusses the 1994 genocide and showcases the lifestyle of former President Juvenal Habyarimana.

With the socioeconomic situation of Rwanda steadily improving, crime is becoming less of a threat to tourists. However, visitors should still be on the lookout for hotel robberies, automobile break-ins, pick-pocketing, and general theft. Driving can be particularly dangerous in Rwanda, as you’re not only at risk of theft or hijacking but also accident due to incompetent driving or poorly maintained vehicles. Additionally, Rwandan roads may be winding or poorly lit, increasing the chances of a crash.

Even if you take precautions against an accident, traveling to Rwanda still comes with some risks. Viral, bacterial, and parasitic diseases are fairly common in the area, and local hospitals may not have the means to treat such condition or effectively clean their medical facilities. It’s a good idea to get inoculated before your trip to protect yourself from nasty bugs. Experts recommend that before any foreign trip, you get the measles-mumps-rubella (MMR) vaccine, diphtheria-tetanus-pertussis vaccine, varicella (chickenpox) vaccine, polio vaccine, and your yearly flu shot. You may also want to opt for vaccines against Yellow Fever, Hepatitis A, Malaria, and Typhoid.

Rwanda is a highly underrated tourist destination that’s rich in both culture and natural beauty. With proper planning, you can experience the best that the country has to offer, from Volcanoes National Park to the Kigali Memorial. Just remember to take safety into consideration when it comes to yourself, your family, and your belongings.