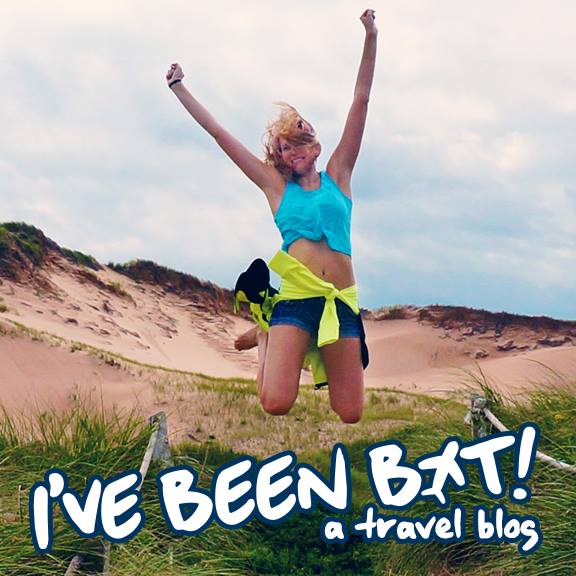 Let’s see, well the name’s Lindsay and I’m just a Canadian gal bit by the travel bug! I love travel as I think it teaches us so much not only about the world but about ourselves. Some of my most memorable moments of growth have been while I was travelling. If it was for my adventure around the world, I wouldn’t be half the person I am today!

By travelling we also gain a sense of understanding, and because of that we’re able to gain a better respect for one another. We may not always agree on something, but I believe it allows us to reach a level of compromise or at least a comprehension of where the other party is coming from in a peaceful way.

While I missed it this past year, Kitchener-Waterloo is home to the largest Oktoberfest experience outside of Germany! Although I’m sure it’s much different than the Oktoberfests of Munich and Hannover, we still draw quite the crowd with our numerous festhallen, parades, and more. The area actually has a rich German heritage – Kitchener used to be called Little Berlin back in the day!

That’s a tough one… Canada isn’t really known for its food. While we have amazing restaurants from coast to coast to coast, there really isn’t one dish that pops out as truly Canadian. Some may say poutine, but that is actually more of a Québec dish rather than the entire country. If I had to choose something, I’d say the Caesar. No I’m not talking about the salad. It’s a drink that’s similar to a Bloody Mary, but so much better. The only real difference is Clamato juice is used rather than tomato juice, but it just takes the drink to the next level! That, and the insanity of our garnishes.

To be honest, my family has always been really easy going when it comes to traditions. Growing up I was involved in a lot of sports, so we needed to often be flexible. However one thing I never miss is Christmas. We’re not religious at all, but as a small family we always come together for a big dinner, presents and more – all in our pyjamas of course! That’s a necessity for us.

I honestly can’t really think of a specific piece of art per se, but there are many pieces from one specific artist (well, photographer actually) that I have a strong affinity towards. Edward Burtynsky is from my hometown of St. Catharines and his ‘Manufactured Landscapes’ are just unreal. They’re a juxtaposition of the beauty within infrastructure we create and the harm it causes to our planet. The most impactful of his photos for me was one depicting a complex set of what looked like copper piping in an oil field. It was so intricate yet vile, and seemed so far away. I looked at the location it was taken and it was a town less than an hour from where I grew up and one that I have visited a number of times. It just really opened my eyes to our impact on the planet and motivated me to do as much as I can in my everyday life to minimize that impact.

Languages not only give us the power to communicate but also can unite us across cultures. Share a favorite saying.

I don’t know if I’d call it my favourite saying, however I often find myself blurting out the phrase I’ll sleep when I’m dead. Don’t get me wrong, I absolutely love a good snooze fest, but if it means missing out on what’s around me then I’ll cut the hours and rally my way through it. That’s where caffeine comes in! Haha. Honestly though I feel like I’ll never catch up on the sleep I’ve missed… hence the phrase.

That’s one of the best things about travelling! It’s hard to choose just one story, as I’ve made quite a few friends and have awesome memories throughout my adventures. The most prominent one would probably be my gal Sasha from Australia who I met by chance cliff diving in The Philippines. We may not talk all the time, but there’s a mutual understanding that if we’re ever in each other’s area, we’ve got a place to crash. I’m just waiting for a flight deal to Melbourne now!