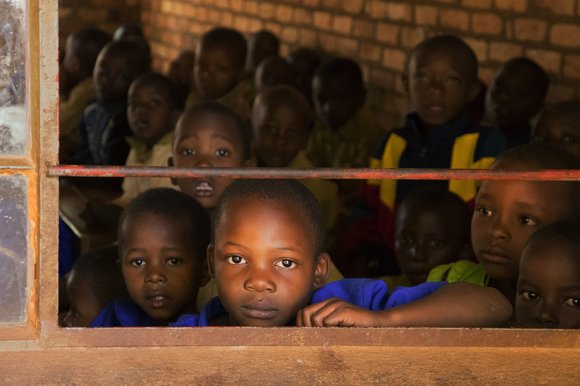 Today’s Culture with Travel post is by Elaine Clara Mah

When visiting any country in the world, one is most certainly overcome with fascination for the cultural diversity that one comes face to face with. When traveling through Asia for example, it is often the case in most Asian homes that shoes are left outside. Asian cultures are unique and sometimes exotic. But Asia isn’t the only culturally-fascinating continent in the world. Step into Africa, and you find yourself thrown into a blend of cultural appropriations – some will shock you, others will amaze you.

Africa, like anywhere else in the world, is steep in cultural traditions and values. As a continent made up of 54 countries and over 3,000 ethnic groups, cultural traditions are in abundance here. Safaris, Mount Kilimanjaro and the Big Five aren’t the only things that make Africa a unique destination. Its deep cultural roots are also worth visiting and immersing in. While it may be impossible to list all African traditions known, we’ve come up with a pretty good list of the most intriguing African customs and traditions that you may ever come across!

Growing into a warrior is an important source of pride for the Maasai people. The Maasai people live both in Kenya and Tanzania and make up a very small number of both countries’ population. Transitioning from boyhood to adulthood and then to warrior is an integral part of this tribe. Both boys and girls of the Maasai tribe go through similar rites of passage, with the most crucial being the emuratta – which means circumcision. However, due to international outrage on the horrors of women circumcision, emuratta is outlawed in Kenya and many Maasai women no longer undergo the process.

The circumcision ritual in itself is an elaborate process. Typically done shortly after puberty, Maasai boys must prove themselves to be grown men to their community. Prior to the ceremony, the Maasai boy must herd cattle for seven consecutive days. He must also show signs of strength by carrying a heavy spear and herding large herds.

Other than circumcision, Maasai boys also go through several other rites of passage including enkiama (marriage) and eunoto (warrior-shaving ceremony). Each ceremony is elaborate and usually involves elders of the tribe.

While many Maasai people have moved to urban cities in search of jobs, there are a number of Maasai tribes still existing near the Maasai Mara National Reserve in Kenya and the Serengeti plains in Tanzania.

Sunscreen from the Earth

Perhaps you’ve seen the iconic images of African individuals covered in a distinctive red hue, known as the Red People. But how much about this tint do you know? The red hue is known as otjize – a paste of butter, fat and red ochre that is applied generously to the skin and hair by the Himba women of Northern Namibia.

The Himba women use this paste mainly for its aesthetic value – akin to the makeup in beauty aisles that we are more familiar with – and apply it every morning. The otjize is considered to be an extremely desirable aesthetic beauty cosmetic as it symbolizes the earth’s rich red color.

Aside from aesthetic purposes, the otjize is also used as a form of protection from the sun and heat as well as from mosquito bites.

While there are many ways to greet others, the Maasai tribe’s form of greeting is one of the most unique. It is customary for the Maasai people People to spit as a way of saying hello to others. Men spit on newborn babies and refer to the child as bad as they believe that this would protect the child from curses and evil spirits. Warriors of the tribe also spit in their hands before shaking the hand of an elder.

If spitting isn’t your cup of tea, there are also greetings that you may use in Africa when interacting with the local people.

It is important to note that, like most parts of the world, greeting one another is an essential custom in Africa. A common sign of greeting in this part of the world is the handshake – look at the person that you are greeting in the eyes and be sure that your handshake is firm.

A Fair Price on the Bride

Traditionally, the price is dictated in numbers of cattle. However, modern day lobola often dictates payment in form of money.

Bull Jumping as Proof of Manhood

As proof of their manhood, young boys from the Hamer tribe in Ethiopia are required to run, jump and subsequently land on the back of a bull. Once successful, they are then required to run across the backs of several bulls. This ceremony is known as a bull-jumping ceremony – a three-day long rite of passage that usually requires for the bull jumper to be naked.

If they succeed, the bull jumpers will be known as Maza – meaning accomplished one – and will be entitled to take wives. If they fail, they return to their village and wait another year to try again.

In Sudan, the Latuka tribe practices bride kidnapping, where a man kidnaps the woman he wants to marry. After this, the elderly members of the man’s family travel to the kidnapped woman’s house to ask the father for the girl’s hand in marriage. If the father agrees, he will beat the man as a sign of his acceptance. However, his agreement is largely optional – as the man may still force the girl to marry him in absence of her father’s agreement.

About the author: Elaine is a contributing writer for BookAllSafaris.com. She is constantly in awe of the majestic animals living in the wild alongside us and does what she can to help conserve their habitat.