Eating Your Way Around The Bronx’s Little Italy 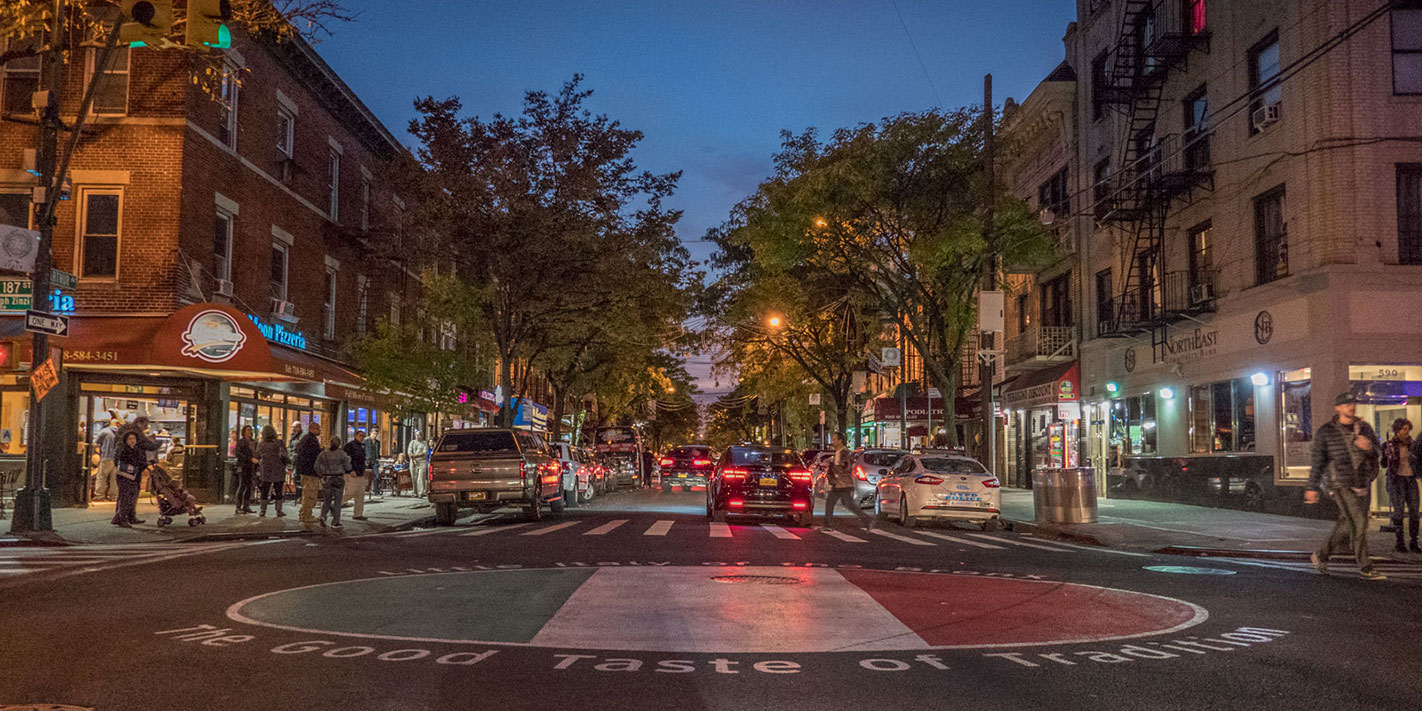 Today’s post is by Culture with Travel contributor, Brian Cicioni, who writes I May Roam.

At the turn of the 20th Century, a wave of Italian immigrants began moving to what is now known as “The Little Italy of the Bronx.” Arthur Avenue is the main thoroughfare, followed by East 187th Street. Most of the Italian restaurants and specialty shops are located within the triangle formed by Arthur Avenue, East 187th Street, and Crescent Ave. Everything is within walking distance. In fact, most of the restaurants buy from the local specialty shops. The majority of businesses in the area are considered local institutions. Although a couple new restaurants have opened along Arthur Avenue in the 21st century, most have been in the same families for generations.

Here are my suggestions for where to eat and what to order in The Bronx’s Little Italy:

One of the things that makes the Bronx’s Little Italy unique is that most of the restaurants source their food locally. Not just from the same city or state, but within walking distance. For example, the ravioli served at Antonio’s is made at Borgatti’s, which is just one block away.

There are different ways to get red velvet cake right and Artuso’s combination of light, airy cake and thick, sweet frosting is worth the trip from Manhattan, Long Island, New Jersey, Connecticut, etc. You get the idea! They’ve been in business since 1946. The corner of East 187th and Cambreleng is named after Vincent F. Artuso Sr. Tip: get a number as soon as you walk in. There’s usually a line!

Pietro’s Bakery was once housed where Michaelangelo’s is now located. You can still see the sign in the courtyard-style main dining room. The large risotto balls come three to an order with their delectable marinara sauce. Michelangelo’s is the first Italian restaurant you will see if you are coming from Fordham Road and for once, stopping at the first place you see is a good idea!

Randazzo’s has a raw bar set up on Arthur Avenue. Andrew Zimmern stopped there during Bizarre Foods: The Bronx. Oysters come from Long Island. For the more adventurous, there’s sea urchin, which has a light custard-type texture. Shrimp are the only option for those who prefer their shellfish cooked.

While tapas are typically thought of as a Spanish thing, Tapas Italiano offers the Italian version. There are a few tables inside as well as wall seating. The inside is replete with entertainment memorabilia, which caters to film buffs. The salted cod in a tomato sauce served over polenta is a local favorite and not something you’ll find at other restaurants in the area.

Tino’s is open seven days a week from 6:30 AM-7:30 PM. The fresh mozzarella (salted or unsalted) is made on site every day along with most of their other items. There’s a small dining area, where Italian television plays in the background. The wall to the left of the television set is covered with signed pictures of celebrities and politicians including all of the American Presidents since 2000. The shelves are stocked with imported jams, pastas, sauces olive oil brands and more.

Of all the restaurants on Arthur Avenue, Zero Otto Nove (“Zero-Eight-Nine” in Italian) looks and feels the most European. It is named after the telephone code in Salerno. Their Neapolitan-style oven is on display in the main dining room and temperatures can reach upwards of 800 degrees. While there are other pizza options along Arthur Avenue, Zero Otto Nove is the closest you will get to Naples without crossing the Atlantic.

Have you ever been to Little Italy in the Bronx? Share your impressions. If you’ve never been, what would you most look forward to?