Tips for A First-Time Visit to California From a Local 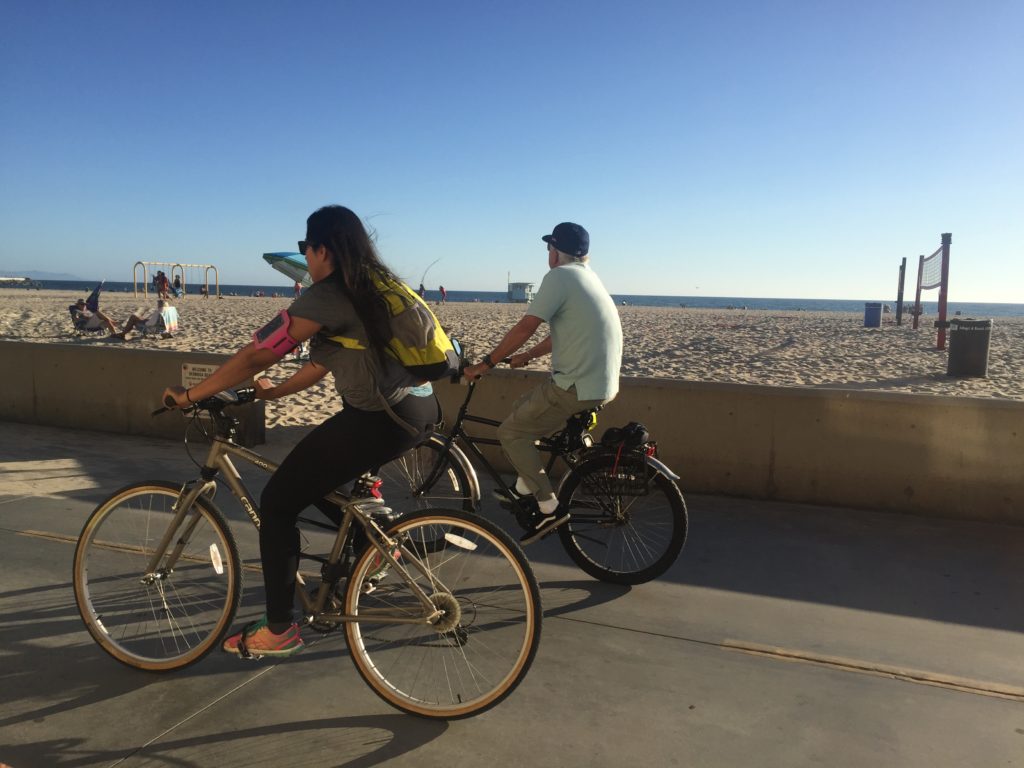 The sun in shining, the surf is up, the celebrities are making movies and California is basking in its glory as one of the top travel destinations in the world.

Yet, while the Golden State can indeed be welcoming and certainly warming, it can also be intimidating, especially to first-time visitors. After all, it’s big. Really big. And its cities are like fantasy places, seen in movies, on TV shows and in commercials to the point that you know all the top icons – the Hollywood sign, the Golden Gate Bridge and, well, the traffic.

But, don’t let that deter you from coming here, because Cali is always calling visitors and with these five key tips you’ll arrive and thrive like a pro.

1.) You Can’t See The Entire State In One Trip

California is a huge, diverse state. It’s like going to Europe, though, and there’s only so much you can see of it in one trip.

The only way to see all of California is to move here. And that doesn’t even work. I’ve been living here for 20 years and yet I’ve never been to Yosemite, never climbed the rocks at Joshua Tree National Park (and that’s only two hours from me) and never seen the giant redwood trees at Sequoia National Park. Which means I’ve never driven through a giant sequoia tree.  I understand you can still do that, which has always seemed really cool to me.

2.) You Can Visit Both San Francisco And Los Angeles. But Little Else

This may be the most frequently-asked questions first-time visitors ask me before coming to California – can we visit both San Francisco and Los Angeles in the same trip?

The answer is yes. But you must fly between the cities and unless you have two weeks, forget about driving down Pacific Coast Highway. What I recommend doing is starting in San Francisco to spend three days, and the last four in Los Angeles.

The flight between San Francisco and L.A. is only an hour. The drive down boring I-5 is five hours. Or six. Or seven…

3.) Top Things To Do In San Francisco & LA When You Only Have A Week

When in San Francisco, you can not only see “the City” as locals call it, but go wine tasting for the day in Napa Valley or overnight in Sonoma County, even drive down to Carmel, Monterey and Big Sur.

In Los Angeles, there’s Hollywood, Beverly Hills with its posh Rodeo Drive, the Sunset Strip, Santa Monica Pier and the “hey dude, I’m in Southern California” beach towns of Hermosa & Manhattan Beach. Note that the distances from one area to the other are several miles, and with traffic it often takes an hour just to get to a place. Public transportation is hair-pulling difficult to comprehend, even if you can find a train or a bus going to your destination.

4.) Dress For California Weather – It’s Not What You Think

I know that’s what you are thinking and it’s true. There’s also no humidity. So, unless you’re inland in Los Angeles or over the Golden Gate Bridge in Marin County while in San Francisco, you’re not going to boil and sweat like in most other places in the summertime.

But heed this warning: It gets cold in California. Even in the summer. California is not – repeat, not – a tropical climate. It’s mostly a desert climate. This means warm days are accompanied by cool nights (this is why it’s such a great wine-growing state, by the way) and you had better have a sweatshirt or jacket with you at all times. The temperatures will drop 10-20 degrees at sunset.

In San Francisco, a late afternoon fog rolls in over the bay and if you’re at Fisherman’s Wharf and didn’t care to take the advice being offered here, then you will soon be wearing a new sweatshirt with SAN FRANCISCO lettering across the chest, sold at every store in that area.

All this being said, always be wearing shades because the sun does shine a lot in California.

Do NOT get a car in San Francisco. The BART train goes from the airport into “the City” and the city has a very good public transportation system – either the buses, the street cars which run along the Embarcadero to Pier 39 and heck, I even use the cable cars to go over the hill between the Fisherman’s Wharf area to downtown.

Or rent a bike, which you can ride over Golden Gate Bridge to Sausalito and beyond. Then put it on the ferry and ride through the bay back to San Francisco.

Traffic is very congested plus it costs $30-40 a night to park your car in a garage. If you want to go to the wine country or take a drive down the coast, rent a car for the day. Or better yet for wine tasting, rent a car that comes with a driver (several wine country tours and limos are available).

In Los Angeles, everyone will tell you that you need a car but I’m going to tell you otherwise. The freeways are a mess, CalTrans can’t conceive of the concept of traffic flow and many of the primary surface streets don’t have turn lights or even turn lanes. Driving in LA will make you hate the city.

Instead, either take Lyft/Uber or better yet, stay in different places in the city. If you want to see Hollywood, spend a night in that town. Same for Santa Monica and the South Bay Beach Cities. You can even use the Metro train on occasion if, of course, you can figure it out, which is not easy. The main train station downtown is at 7th Street.

So that’s it, your complete everything-you-need-to-know guide to visiting California in five easy steps. Enjoy!

Kevin Wilkerson publishes the travel, lifestyle and nightlife blog PubClub.com, which covers destinations and events all over the world. A native of Tennessee, he now happily resides in Southern California.

Previous Posts Daily Routines in 11 Different Parts of the World
Next Posts Visiting Venice, Italy on a Budget