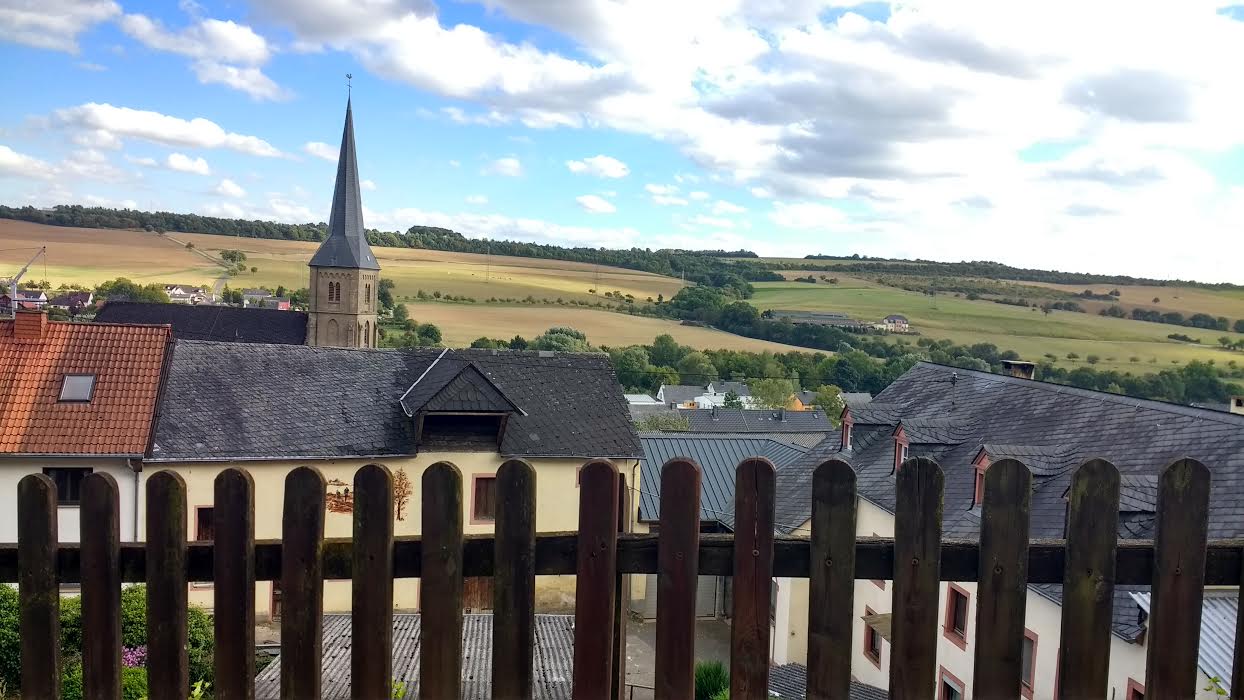 Thinking of interning, working, or studying abroad in Germany and can’t decide on which big trendy, bustling city to live in? Maybe you’re a little torn between the nightlife of Hamburg’s infamous reeperbahn and Berlin’s legendary drinking holes. Throw Munich’s echoing beer halls and Cologne’s lunatic Karneval celebration into the mix, and the decision just got harder than choosing the first brew you’ll order when you step off the plane. Here’s some advice to help you choose: just skip the cities.

Of course, this doesn’t mean you should head for the hills and spend your time abroad in Germany isolated in a barn in the Bavarian boonies. Germany has a marvelously dispersed population spread out all across the country, and there’s much more to the Federal Republic than the metropolitan, modern hubs sprawling around the cities. Small-town anywhere usually gets a bad rap and conjures images of old people, farm land, and lots of boredom. However, there are some things about the enchanting German countryside that no large urban jungle can match. If you’re looking to delve deep into German culture and broaden your cultural horizons past the skyscrapers and shopping streets, consider spending your time abroad in the idyllic, simpler parts of Germany.

1.The scenery is pure eye candy

Whether you capture a wide open horizon lined with rolling hills or a tiny village seemingly stuck back in time, all your pictures will look like they’re straight out of a fairytale. Many of Germany’s most recognizable sights lay well outside out the city limits, such as Neuschwanstein Castle or Hohenzollern Castle at the foot of the Swabian Alps. The unmatched grandeur and mystery of nature has a way with leaving us speechless, and leaving the urban sprawl behind will give you some exquisite views to drool over.

2. You’ll actually get to know your neighbors.

Living in a smaller town gives you the opportunity to participate in small-scale community events to get to know who you’re living around and you’ll eventually recognize familiar faces. The German people tend to be characterized as cold and unfriendly, and while they’re still far removed from the overly chatty, smiling Americans, this unfriendly stereotype definitely subsides in smaller communities. Germans are at their most extraverted on walks in nature, the prime time to experience the elusive smile and greeting from a German stranger. Increased contact with Germans (who probably don’t speak as much English as the city folk) also means that your German skills will blossom, maybe even with a sweet bonus dialect. There’s no telling how far your foreign language skills will get you.

3. Regional celebrations are just an excuse to party.

If you’re wondering how people keep themselves entertained in a world without 24-hour fast food restaurants, the answer lies in deeply rooted tradition and cultural celebrations. If there’s one thing you’ll leave small-town Germany learning, it’s that you can make a celebration out of anything: potatoes, wine, apples, you name it. All you need is a date, some posters, a tent, a theme, and you can slap together a festival that the whole town will come out to. You have no reason to be concerned when you see your nine-year-old neighbor pouring beers behind the counter.

Being invited to someone’s home for Kaffee und Kuchen, or coffee and cake, is just code for spending three hours in someone else’s home being fed a monstrous amount of pastries and coffee or tea. If you’re fortunate enough to experience this rich German tradition, bring a mental outline of conversation topics, an empty stomach, and lots and lots of patience. It’s the norm to spend several hours socialize at dinner parties, coffee chats, or just catching up with neighbors, so make sure you complete your to-do list well in advance.

5. You won’t have to wait months for an appointment with bureaucratic offices.

The German bureaucracy is infamous for its heaps of procedures, paperwork, conflicting information, and just general lag in getting anything done. It’s not unheard of to have to wait weeks or months in the cities just to get an appointment to register as a foreign alien or secure a study visa. Just have to drop something off? Well, have fun waiting in a line that wraps around the building at 7am. The smaller the town, the less the wait, and you may be able to just march straight into the local Ausländerbehörde or Anmeldungsamt and get your business done within a few minutes. Many headaches will be saved.

6. A loose cobblestone is the most dangerous thing you’ll encounter on your walk.

Roaming the streets at 2am is never recommendable, but at least if you have to in a small town, there’s a MUCH smaller chance of danger than in heavily populated areas. It’s not easy to pickpocket when there are no crowds, and when everyone knows everyone it’s a lot more apparent when a suspicious person doesn’t belong. Leaving your bike unattended in a city for a few minutes might be the last time you see it, but in small town Germany, your neighbor’s bike has probably been sitting unlocked in the yard for weeks.

Save yourself from the bloodbath housing market of Munich or Berlin, where even if you’re one of the fortunate souls to find housing at all, you’ll end up paying a fortune a tiny shoebox room. The overall cost of living in Germany’s larger cities are considerably higher than in smaller cities or the countryside. Thanks to the general shift of the population to urban centers, you won’t encounter cutthroat competition to find an apartment in less populous areas.
If your time in Germany is limited, you’ll want to squeeze out every rich drop of cultural experiences as possible during the time you’re there. Meaningfully immersing yourself in a new culture is no simple task, but living in a smaller, more intimate setting in Germany can help accelerate and deepen this process. A city comes with tons of perks and conveniences, but nowhere will you be able to get as authentic and immersive an experience than in small-town Germany. Before deciding on where you want to live, evaluate your goals for your time abroad and think about what you want to get out of this possibly once-in-a-lifetime experience!

Freshly graduated from Arizona State University with a degree in tourism management,Raquel Thoesen spent the last few years trekking through Peru and Argentina, farming in Japan, teaching at a summer camp in South Korea, and exploring her parents’ heritage in Mexico, Spain, and Germany. Now during her fifth time in Germany, Raquel’s teaching English through the Fulbright program for the next year before pursuing a career in international education. She’s also virtually working as a junior editor at GoAbroad.com hoping to spread the international love.