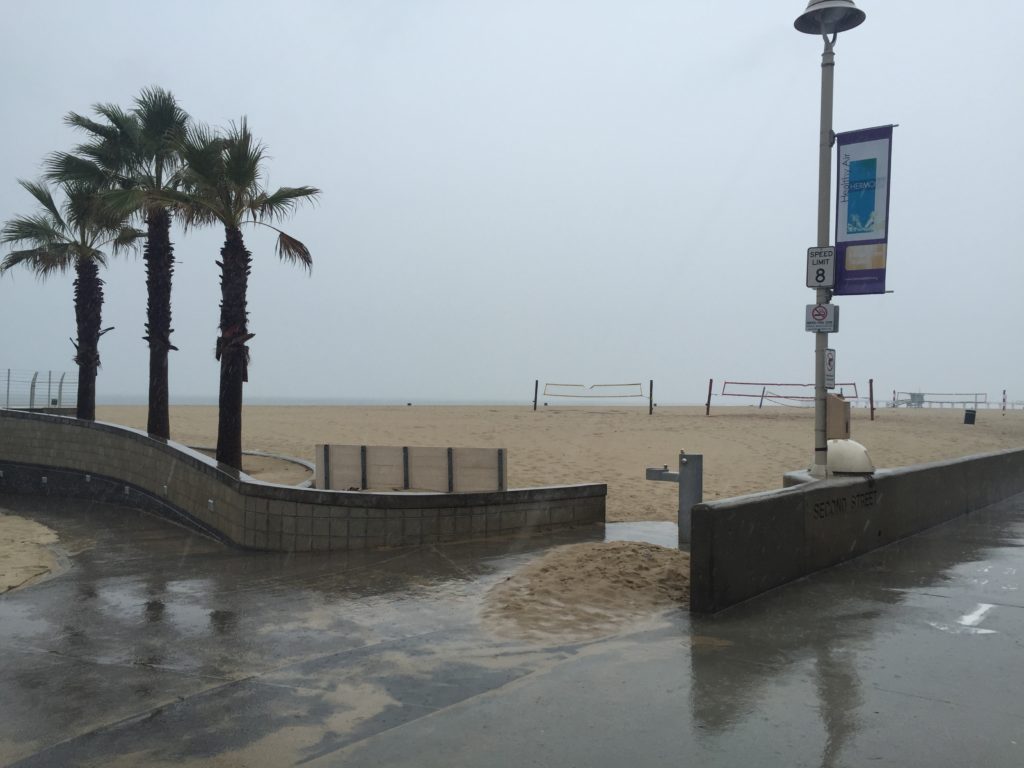 Well, thanks goodness that’s all behind us now.

For a month, from about mid-February to mid-March, it rained here in Los Angeles. To be clear, it did not rain every day. In fact, there were only three “all day” rains. Sometimes, it rained at night and other days the sky was grey and overcast. About half the time it was, as we say here, “crappy weather.” And that’s not the norm in L.A.

But, even this brief patter of raindrops, caused comical situations. I woke up one morning to this headline on one of the morning news shows: “Rain In Hollywood.”

This was not a flood, a drenching or anything other than rain. Yet, it was one of that morning’s top stories.

The freeways and streets were at a standstill. When it rains here, people in Los Angeles drive slow and with extreme caution, as if they are expecting some creature from a Hollywood movie to suddenly leap out from behind a building and attack them.

The irony in this is that about 90% of the people in Los Angeles come from somewhere else – many are from the Midwest or East Coast – where they grew up in this kind of weather. Yet when they get to L.A., they act as if they have never seen rain before and react to it as if it’s some type of alien object falling from the sky.

Heck, they don’t even go for walks in the rain. They are in full lock-down mode inside their houses or apartments.

But, as I said, all that is pretty much behind us now. Other than an occasional day here and there in April, it pretty much won’t rain again until November.

Thank goodness, too. I don’t think Angelenos could take rain for any extended period of time.

Does it rain often where you’re from, or where you’re currently living? How do people “deal” with it? Share in the comments!

Kevin Wilkerson is the publisher of the travel, lifestyle and nightlife website PubClub.com. He does not like to get wet in the rain.