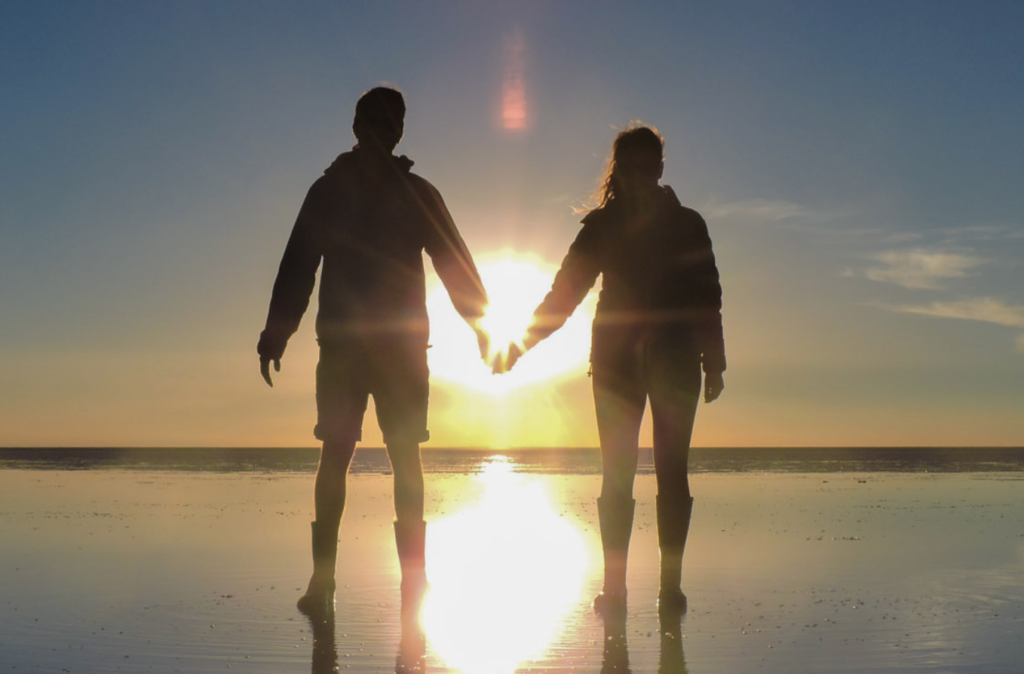 Hiya, I’m Gemma from Two Scots Abroad. The other Scot, is my husband, Craig, at present he just carries the bags and looks good in pictures but I’m trying to recruit him as the official videographer, so watch this space.

Craig and I met in 2012 on a well-known dating app (well before Tinder). I made it clear that if things were to progress, he had to be on board with a big travel trip that I intended to take a few years down the line.

Three years later, we sold everything and packed our bags for an 18-month career break to the travel the Americas and Europe and thus Two Scots Abroad was born.

I love to travel because I can’t sit still. I love eating my way through countries, throwing myself into different cultures, jumping off bridges (attached to a bungee) and making friends along the way.

Travel teaches us that you don’t need designer handbags and flash cars to be happy. I’d much rather save intensely and travel extensively than parade about George Street in Edinburgh. Don’t get me wrong, I do love to dress up and I definitely enjoy a cocktail or two but I’d prefer to sip a mojito on a rooftop bar in Sofia than the same one in Scotland every weekend.

I love the Scottish banter. There’s nowhere else in the world that has (or often gets) humour like the Scots. It’s very close to the bone and self-deprecating.

I also like how we are beginning to stick our heads out of the parapet – some the towns in my region, The Kingdom of Fife, have had it tight over the past few decades but there are attempts at change.

We now have an emerging street art scene and an exploding foodie trail – these are aspects of the East Coast of Scotland that tourists won’t know about since they focus their time in Edinburgh and a round of golf in St. Andrews, if we’re lucky!

It’s difficult to pinpoint one dish. Obviously, we’re known for haggis (it’s not a furry animal) and as the joke goes – if you can’t freeze it or fry it, it’s not in the Scottish diet, so many locals eat their haggis dipped in batter but… I would say that fish is a big deal in the East Neuk of Fife. We do love bakers too, mainly for sausage rolls and steak bridies!

Share about a custom/tradition you observe, and talk about the role of the family in your life. What does family mean to you?

This is a funny one because I always assumed family meant your parents, siblings, partner and kids. As I get older and travel more, I realise that children don’t define a family. In fact, as more and more friends begin to have kids, it changes our friendship, which is obviously a natural progression. We do have a big furry baby, a husky/German Shepherd called Bowie.

We have two types of dancing in Scotland, highland and ceilidh. Every traveller must put attending a ceilidh on their bucket list! It involves partner routines and lots of throwing each other around. It’s not for the unfit but it does usually involve a lot of alcohol!

It’s common for Scottish weddings to include a ceilidh but visitors can attend one every Friday night in Edinburgh or Glasgow.

Highland dancing is mainly a solo dance (there are a few group routines) and this is where (mainly) young people wear kilts and do ‘the fling’ to bagpipes. I highland-danced for all of my childhood (from two years to the age of seventeen when I moved out). It’s a very disciplined sport and an event that is ingrained in Scottish history. Each summer the towns of Fife and beyond celebrate a ‘games day’ where dancers compete for medals.

Languages not only give us the power to communicate but also can unite us across cultures. Share a favourite saying you have, or teach us something in your native language.

My favourite saying is “fake it ‘til you make it”—I think this is pretty apt for travel. You need to show confidence when you might be walking through a shady area of a city, or when you are unsure of your surroundings. Confidence is also required in social events at hostels and during tours—someone has to the make the first move!

There are many Scottish words I love. Some are rude—so I’ll save them for another conversation— but one phrase I’ll share with you is ‘haste ye back’ which means ‘return soon.’ I think people who have visited Scotland will get the vibe that they are always welcome back.

I’ve met many strangers that are strangers no more! During a group tour from the West Coast to the East Coast of the USA, I bonded with a girl from London over our love of music. We both liked an obscure English band called Metronomy whom we saw together in Scotland a year after our trip.

A stranger married Craig and I in Austin, Texas straight after the music festival South By Southwest. She (Sarah from Let’s Do it) then flew to Scotland for the follow-up party to our Austin elopement.